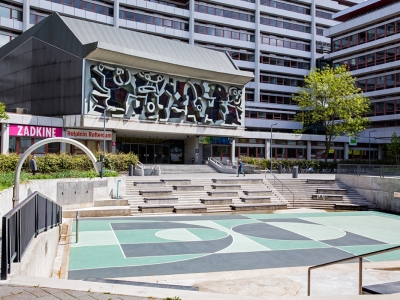 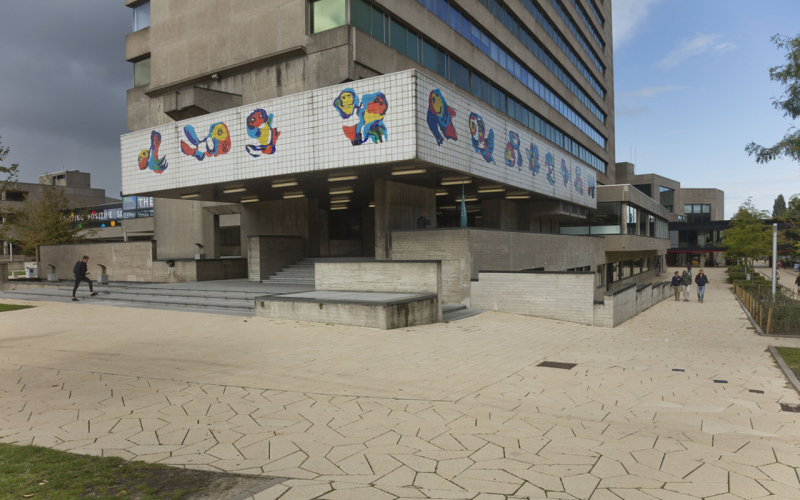 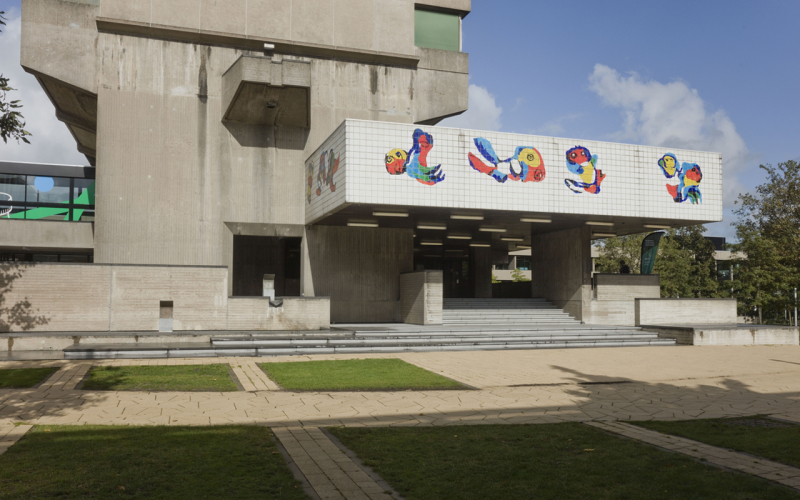 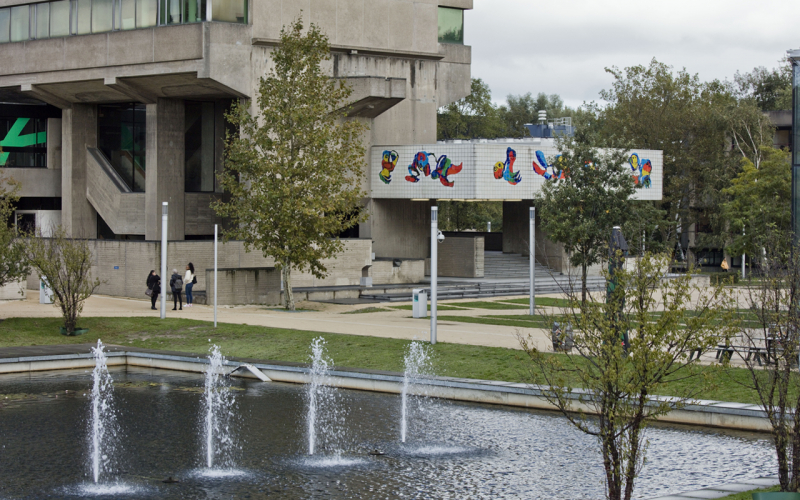 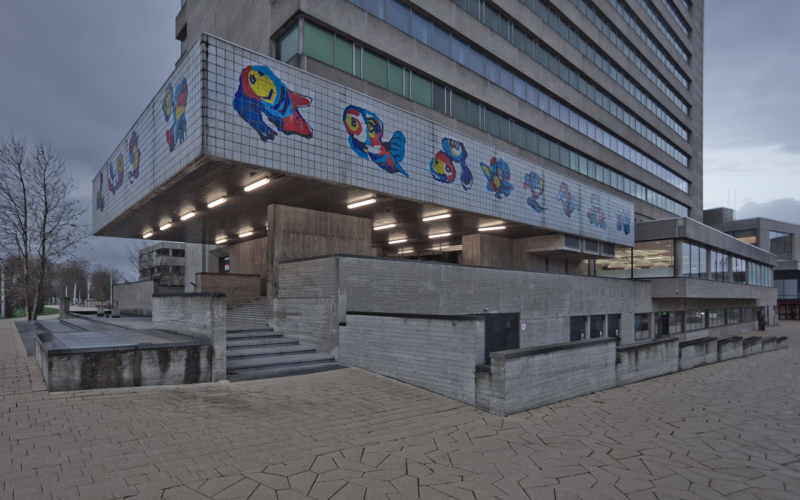 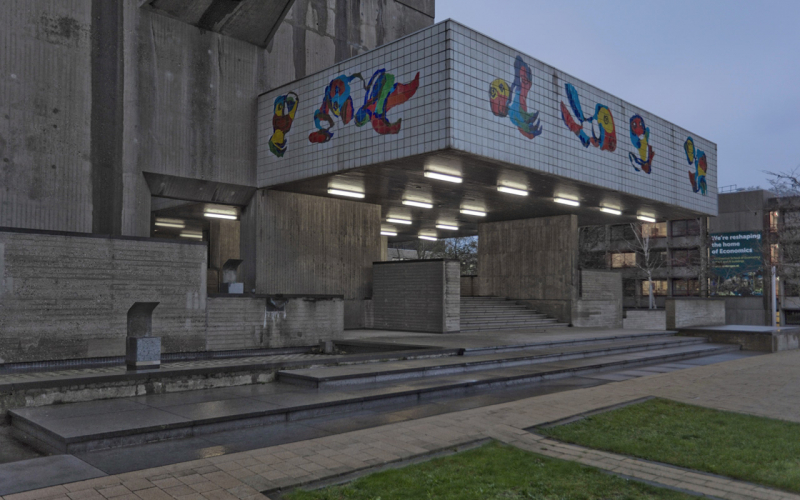 Artist Karel Appel became involved in the new construction of the Netherlands Economic College (NEH), under the auspices of architect Cornelis Elffers. As part of the settlement percentage artists were involved in the company including the Rotterdam specialist Ger van Iersel, Dick Elffers (a brother of the architect), and so Lucebert Karel Appel. Piet Sanders (1912-2012) played an important role in the choice, because he was a professor at the NEH and he was also part of the art committee in the context of the new building. Appel made a design for the canopy above the former entrance of the high-rise. It had to be a ceramic tile panel, but this turned out to be a costly undertaking. Ultimately, the costs of the tableau would not be covered by the percentage scheme, because NV Meelfabrieken der Nederlandse Bakkerij (Meneba) offered a helping hand. In 1965 the company celebrated its 100.000th anniversary and the management decided to offer Rotterdam two works of art. The NEH was offered XNUMX guilders, so Karel Appel was able to realize his facade decoration. The second work of art was a gift to the Daniel den Hoed Clinic, the bronze sculpture Clouds by artist Gust Romijn. City people (1966) as the ceramic tableau of Apple is entitled exists (originally put in chalk and gouache) of a series of colorful drawings against a background of white baked tiles. It is a portrait gallery of students, young city dwellers, for whom the future is still open. The white tiles, made by De Porceleyne Fles in Delft, create an alienating, but also virgin, unspoiled atmosphere. Everything is still possible; promises have not yet been fulfilled. The series of portraits is an ode to youth, to freedom and the future, to vitality. The work is signed with Apple '66 in the lower right corner. Today this building is called the Tinbergen Building and is part of the Erasmus University Rotterdam. Click here for an overview of artworks on Woudestein campus.

Karel Appel (Amsterdam, 1921 - Zurich, 2006) attended painting classes from 1942 to 1944 at the Rijksacademie van Beeldende Kunsten in Amsterdam. The first post-war work of Karel Appel was experimental, but still inspired by modern classics. A visit to Paris in 1947 brought a change; Appel was influenced by Jean Dubuffet, primitive art and surrealism. He believed that art would free the human mind. As co-founder of CoBrA, he developed an expressive form of painting and became one of the best-known Dutch painters, with an important place in art history. Afterwards he made painted wooden reliefs and freestanding sculptures, ceramics and carried out monumental commissions.