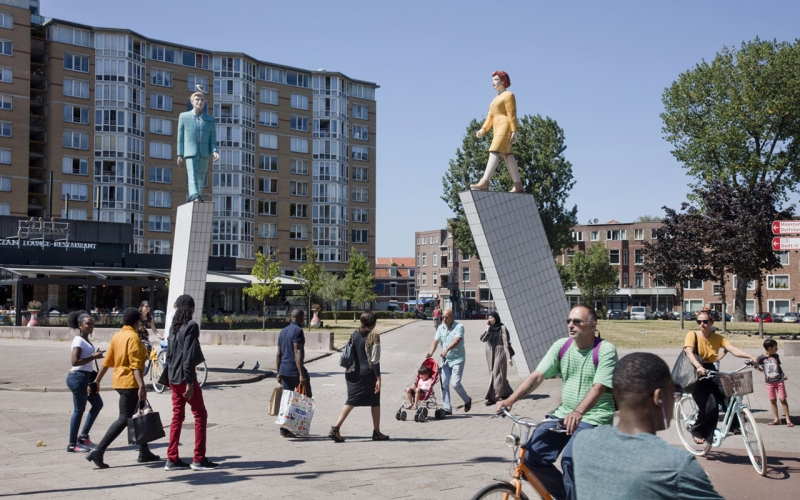 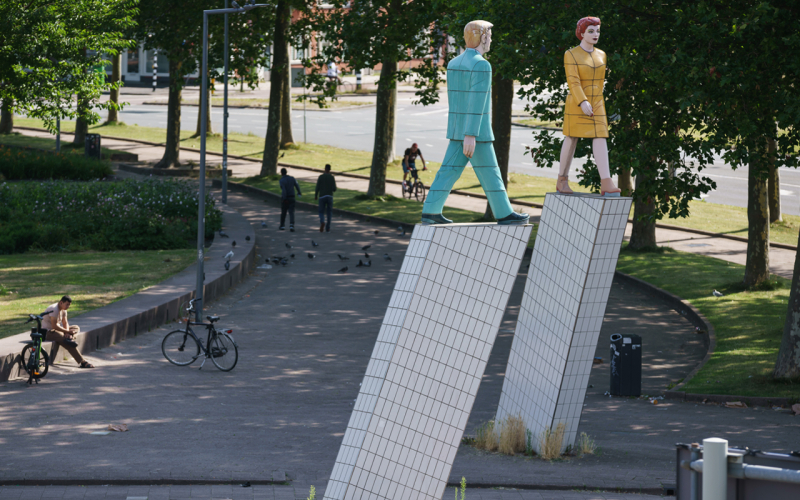 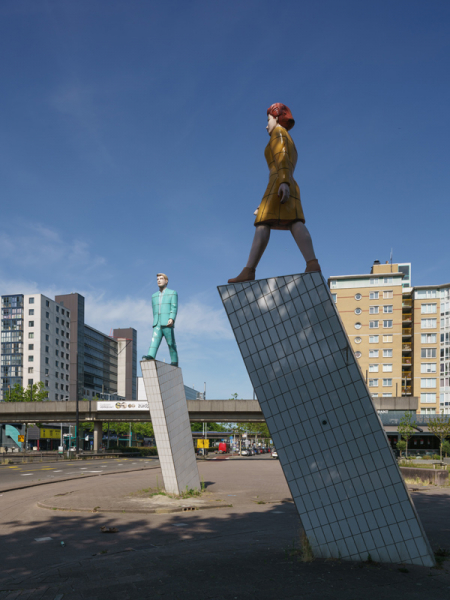 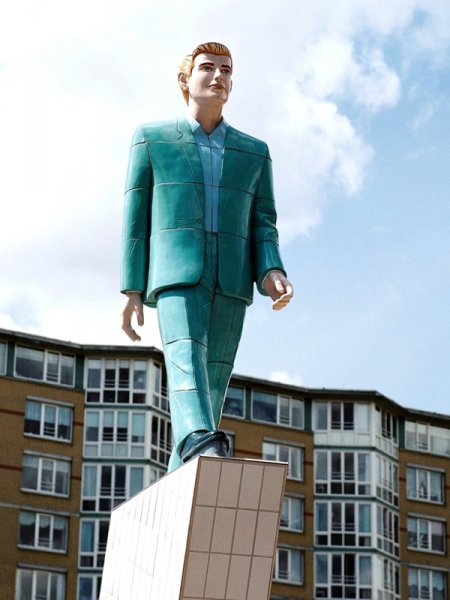 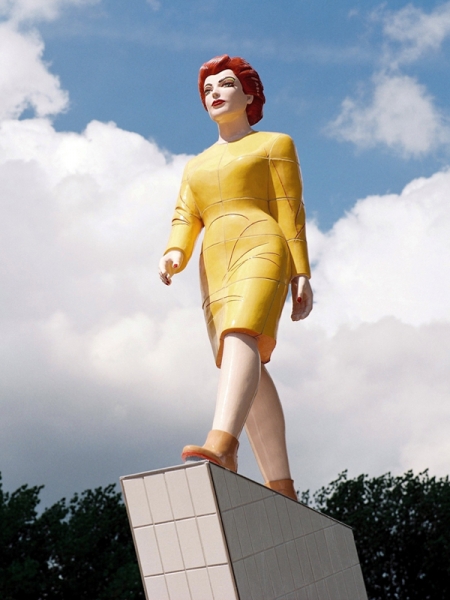 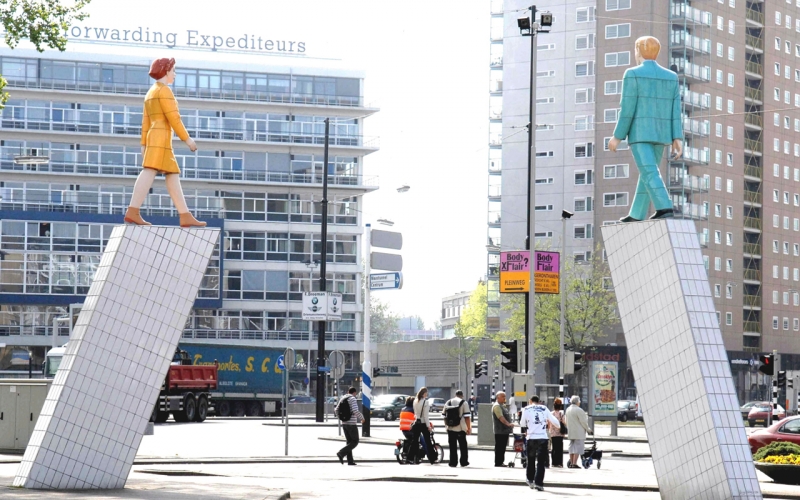 The area between Zuidplein and Strevelsweg is a hectic area. Not only the heavy traffic, but also the shopping center, the high apartment buildings and the elevated metro give the area the necessary dynamism. During the urban redevelopment of this area, there was a demand for a work of art in which "a contemporary image of humanity takes shape, a sculpture of great expressive and contemplative allure, which gives direction to a response to the cultural-social position of late 20th century man." Artist Berry Holslag made the image City walk and translated this question into a man and woman who kept walking. The man is wearing a Turkish turquoise blue suit and the woman a saffron-yellow summer dress. These colors refer to the multicultural society of South. Both stand on white-tiled concrete pedestals, which protrude from ground level at an angle of 70 degrees and indicate the direction of the man and woman. According to the position of the figures, a fictional meeting will take place, somewhere near the busy Strevelsweg. The couple is a reflection of the rushed world; the images symbolize a 'general identity'.

In the early 1960s, Berry Holslag (The Hague, 1947) visited the Free Academy of Visual Arts in The Hague. From 1973 to 1977 she was a teacher at the same academy. She worked as a conceptual artist in the 1970s and presented existing and non-existent utensils as an art object.