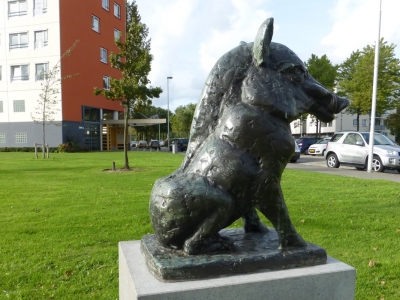 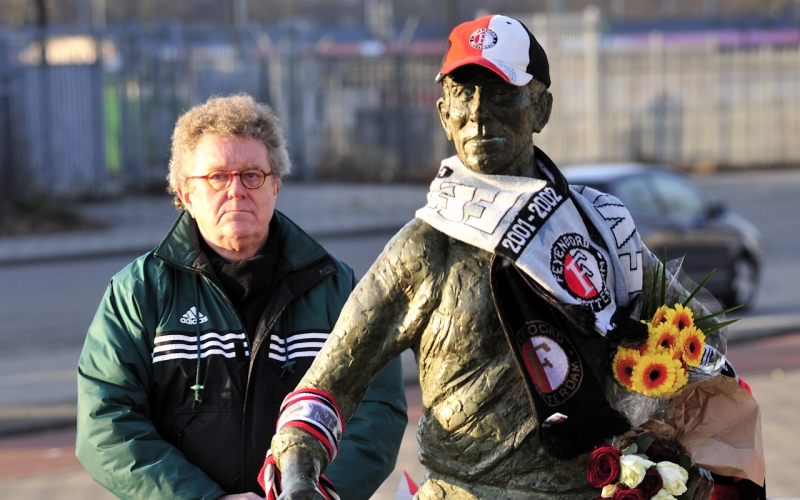 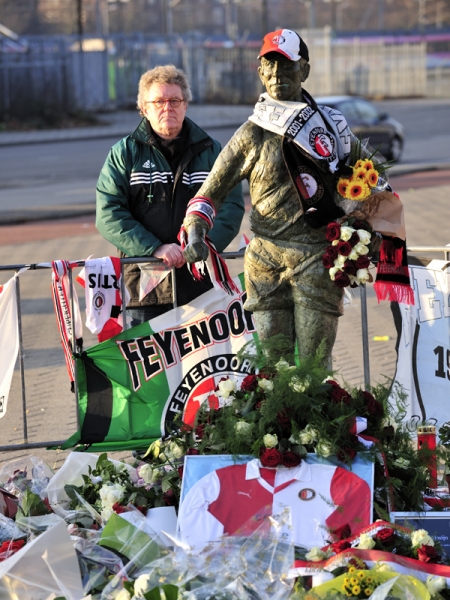 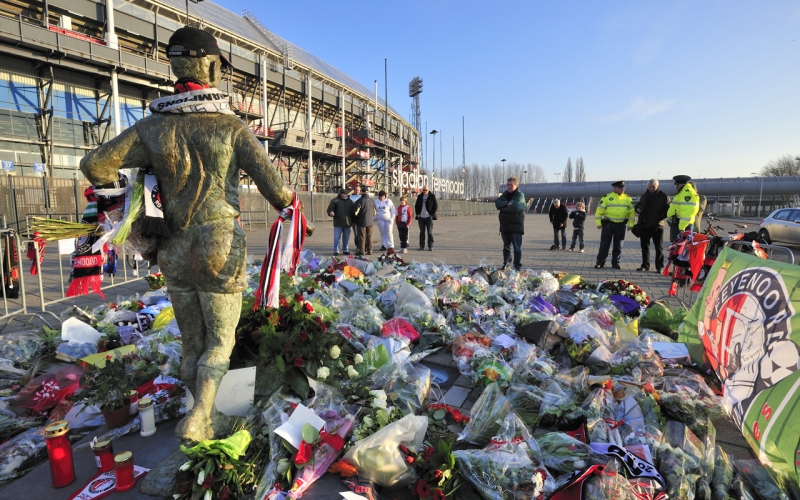 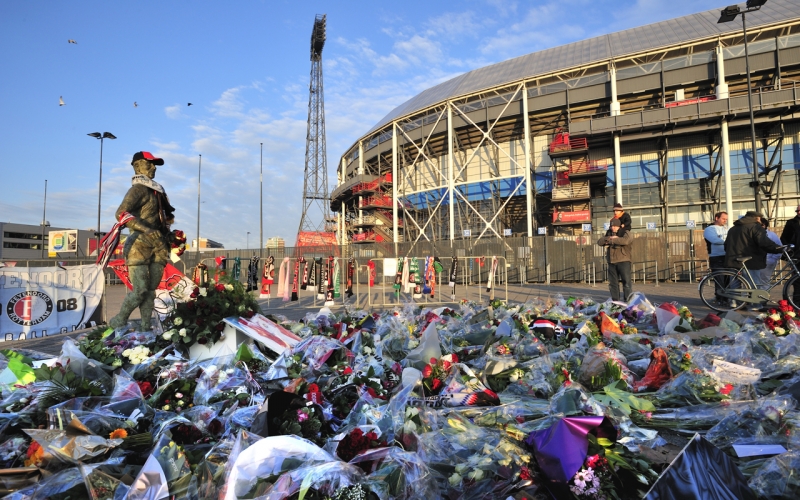 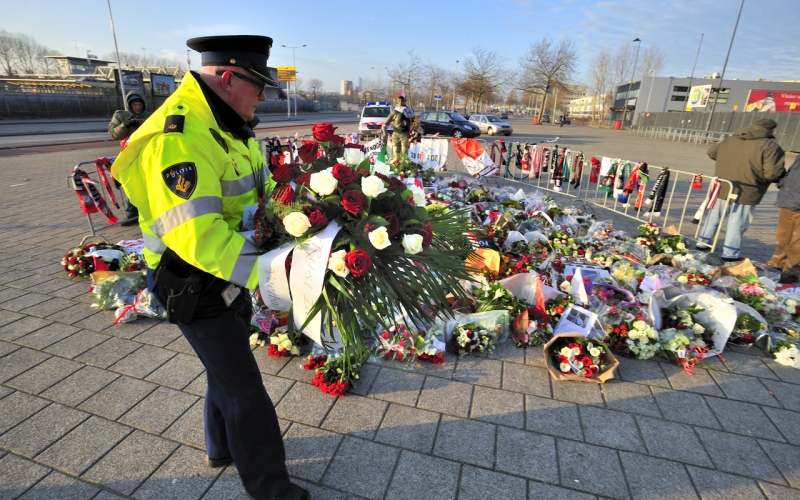 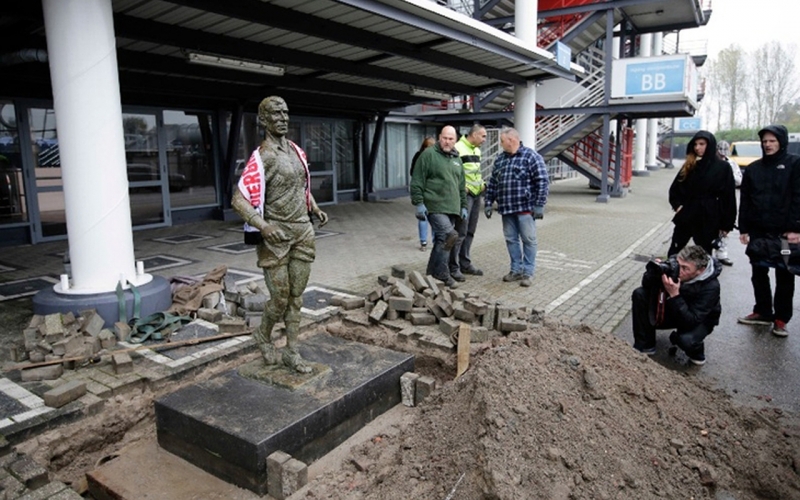 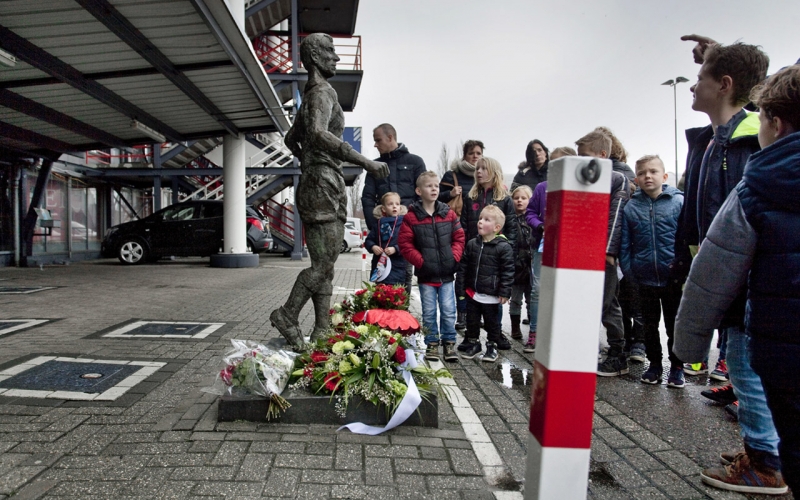 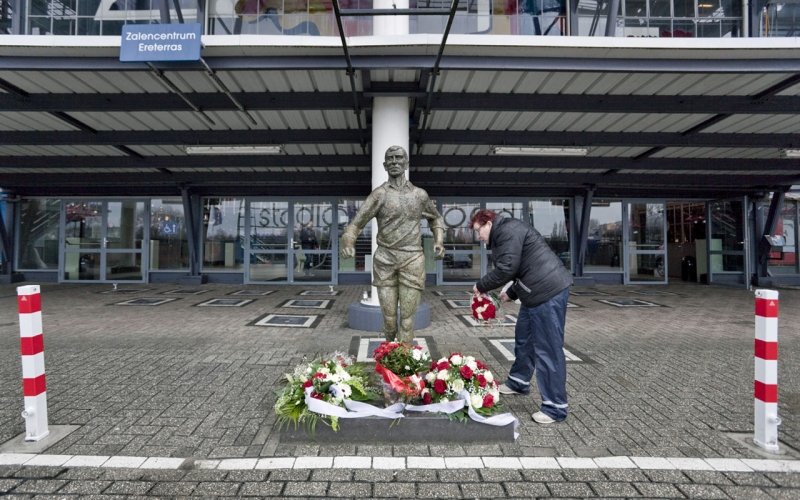 When Waakop Reijers was commissioned to create an image of Coen Moulijn, he was asked not to create a naturalistic copy of the person. Waakop Reijers made a bronze statue, on which the football player has just given a cross. His gaze shows how he checks his ball on the playing field. Coen Moulijn was born in 1955 in the Oude Noorden, where Tom Waakop Reijers also spent his childhood. The football player is an important symbol for Feyenoord. It is partly thanks to Moulijn that the Rotterdam club built such a big name. For a long time there was a desire to honor the famous left winger with a statue. This desire came from prominent figures (including Ivo Opstelten, Lee Towers and Bert van Marwijk) as well as regular fans. The fact that there is a statue of this famous Rotterdam football player gained an extra emotional value when Moulijn passed away in 2011. Waakop Reijers designed the loosely looking Moulijn on the actual height of the football player: 1.72 cm. Because the statue is placed on a low plinth, the fans can feel level with the football player. The statue originally stood in front of the entrance to the Kuip, but due to vandalism, it was placed in the Kuip in November 2013. Moulijn has also previously been honored by artist Hans Citroen. In 1990 Citroen designed a wall, similar to the former wall where Moulijn kicked his ball as a boy.