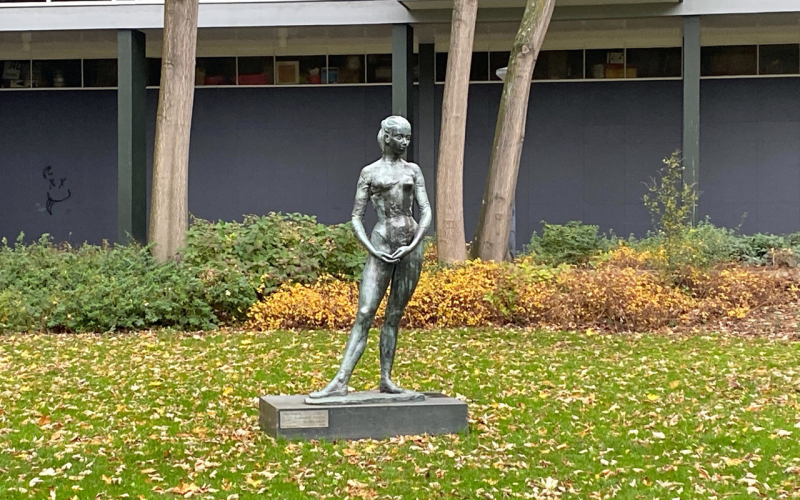 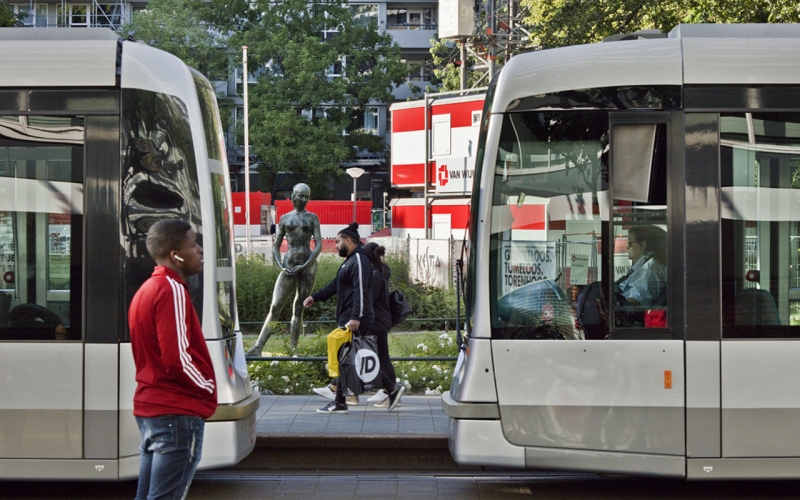 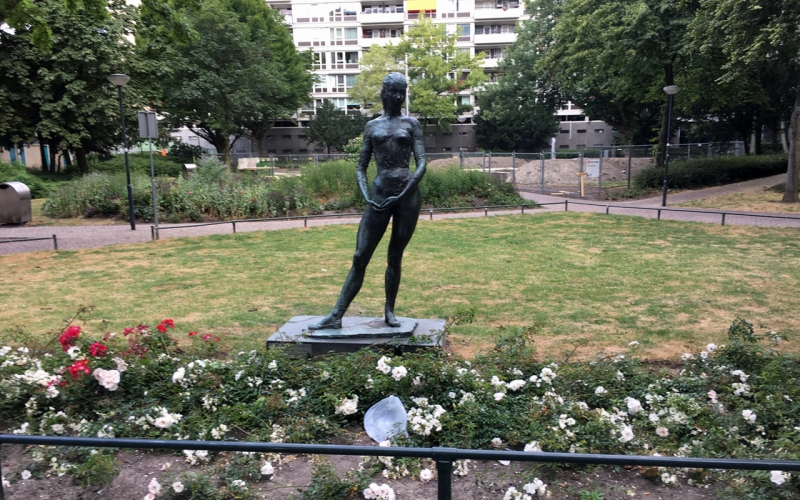 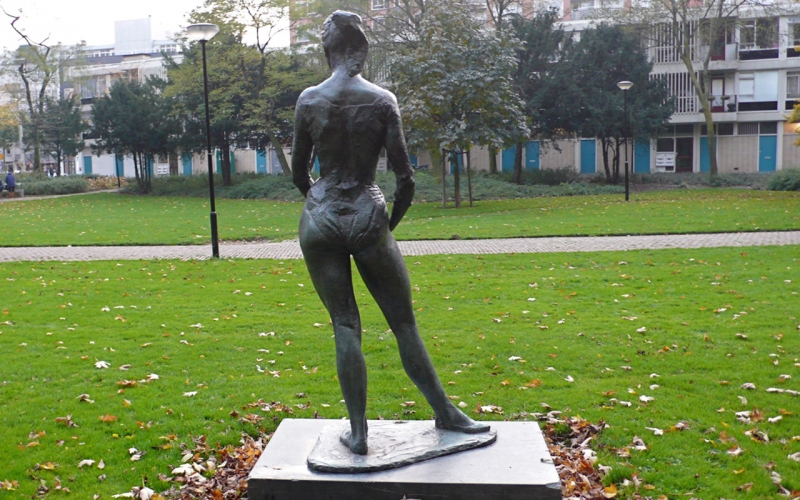 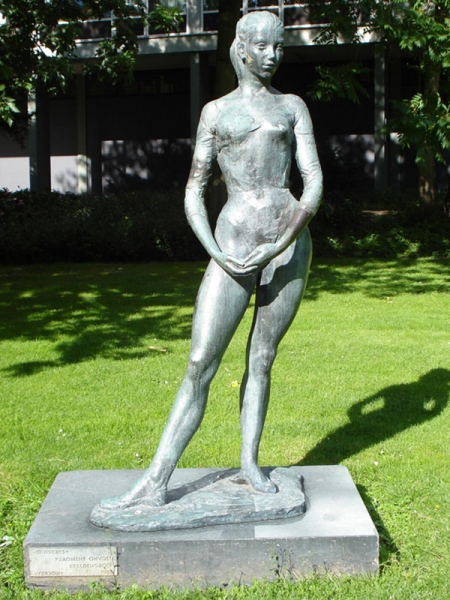 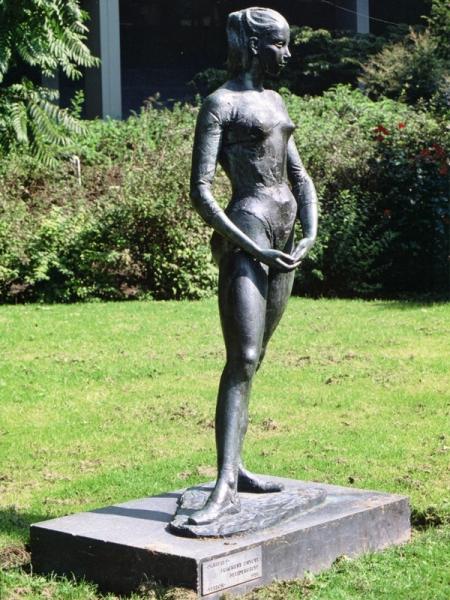 In the 1950s there were plans to give the square in front of the Rotterdam Noodschouwburg (1948) some allure. A plan, devised by architect Rein Fledderus and sculptor Willem Verbon, consisted of placing a special paving with three groups of statues that symbolized the various arts in the Schouwburg's program: music, ballet and theater. The plan failed due to lack of financial means, but by then Verbon had already completed one statue, this one Dancer. She was given a place in the garden of Museum Boijmans Van Beuningen. In the 1990s, the Dancer relocated on the Jan Evertsenplaats. On this park, in the middle of the center, the image of Verbon is well situated; the image forms and accentuates by its location a resting point in the city. It fits in with the style of the other images in the center on the Lijnbaan and Oude Binnenweg.