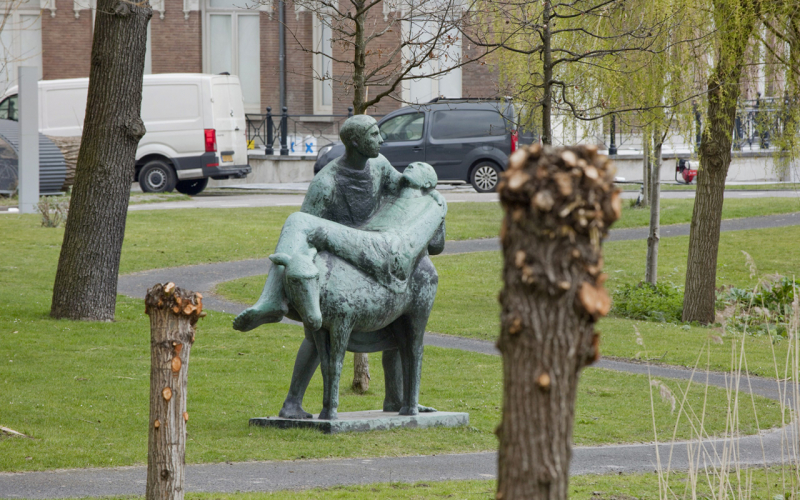 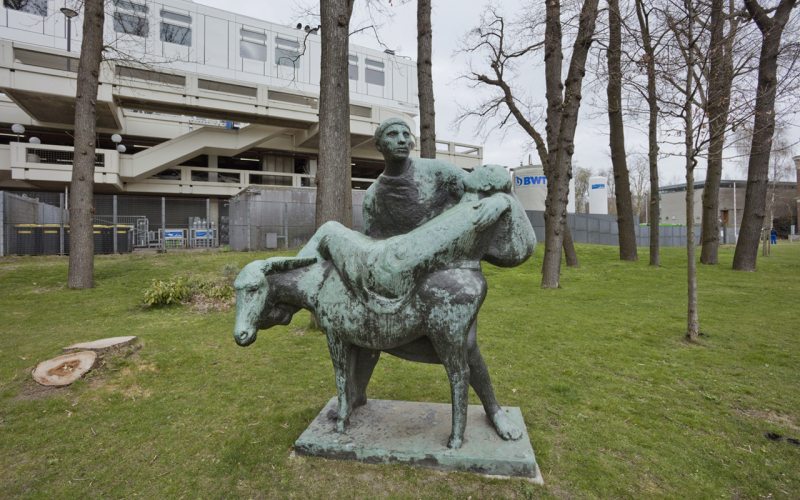 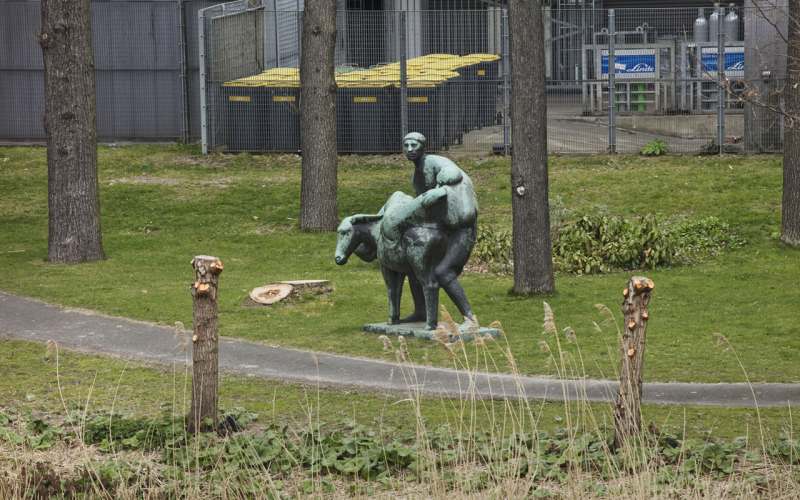 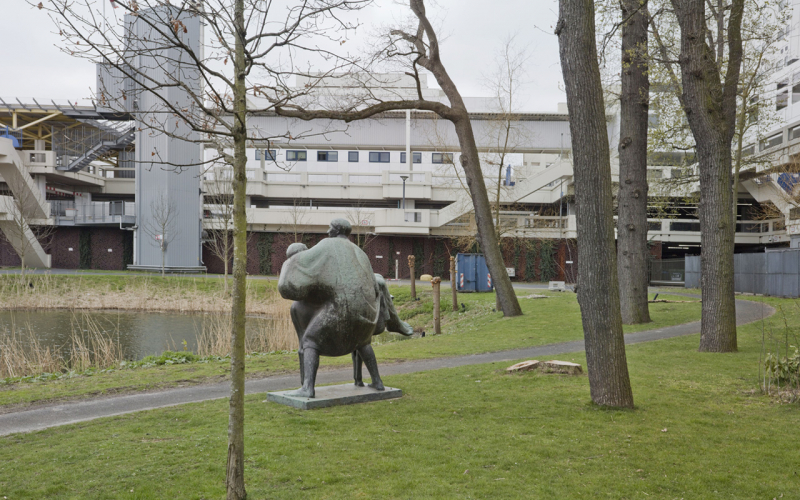 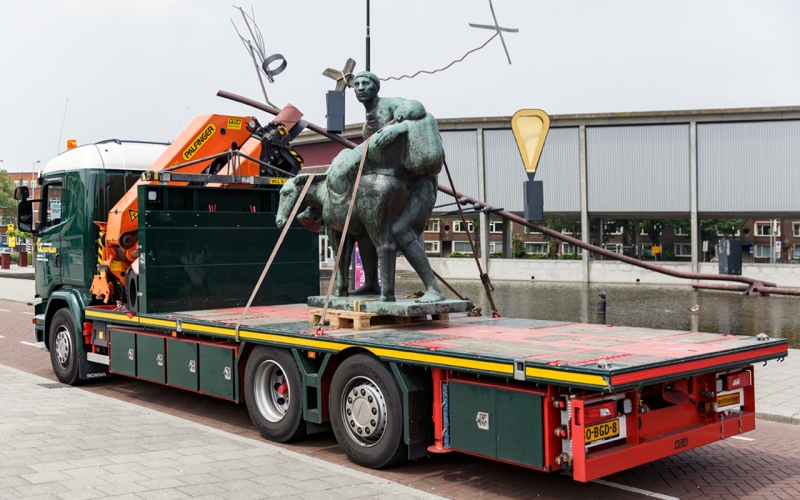 The former Dijkzigt hospital was one of the first buildings in Rotterdam that benefited from the municipal council decision to spend a certain percentage of the building sum on artistic beautification. When the assignment for Dijkzigt was discussed, a number of municipal councilors insisted that the artworks should not only be understood by the Art Affairs Committee, but also by ordinary Rotterdam residents. In other words, no modernist experiments. This request has certainly been met with this image. On 16 in March 1961, the city council agreed to the purchase of The Good Samaritan† There were endless discussions about the height of the pedestal, which at five meters would be much too high. Council members felt that the image became 'so lofty' that the Biblical ideal would become 'unreachable' for the 'common man'. The unveiling of the sculpture by Han Wezelaar on 3 July 1964 marked the final phase of the construction of the Dijkzigt hospital. During the construction work on the Erasmus MC and the Dijkzigt hospital, the work ended up temporarily in storage. In front of Uproot Rotterdam the work was removed from the depot and the work was placed in the Museum Park. After Uproot Rotterdam is The Good Samaritan placed on the south side of the Erasmus MC, behind the Natural History Museum.

Han Wezelaar (1901 - 1984) was an important Dutch sculptor. He was Ossip Zadkine's first Dutch student in Paris and organized the first Rodin exhibition in the Netherlands. Later he was inspired by Aristide Maillol and introduced modern developments back in the Netherlands in the XNUMXs. He has thus played a major role in Dutch art history.