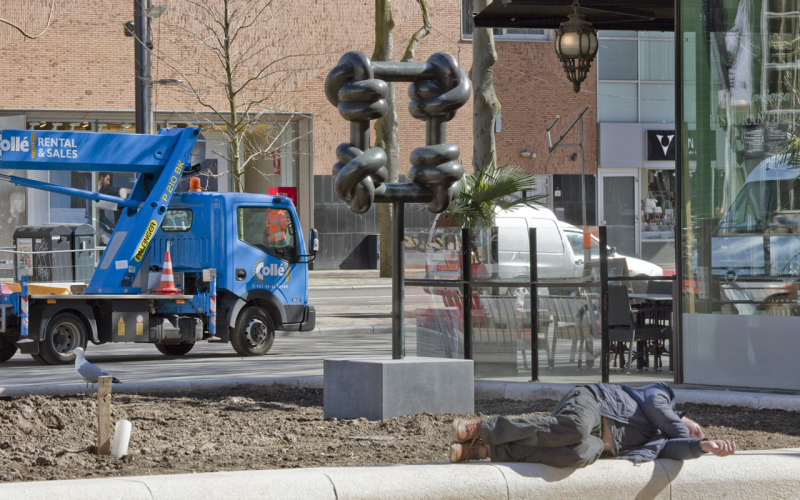 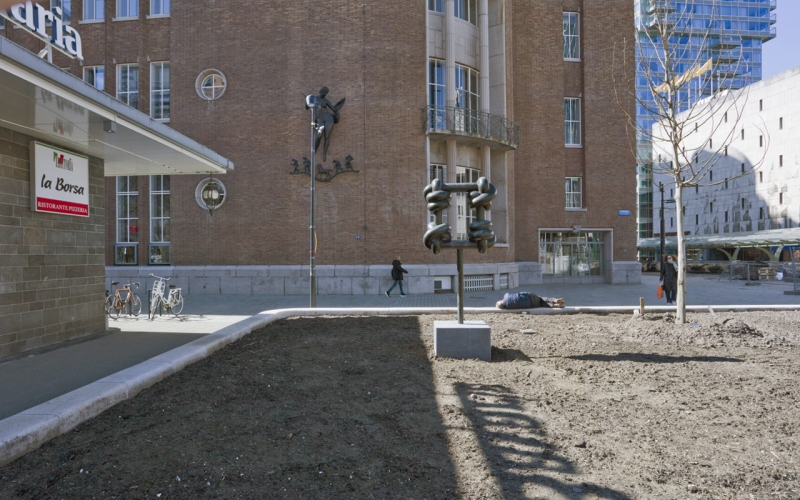 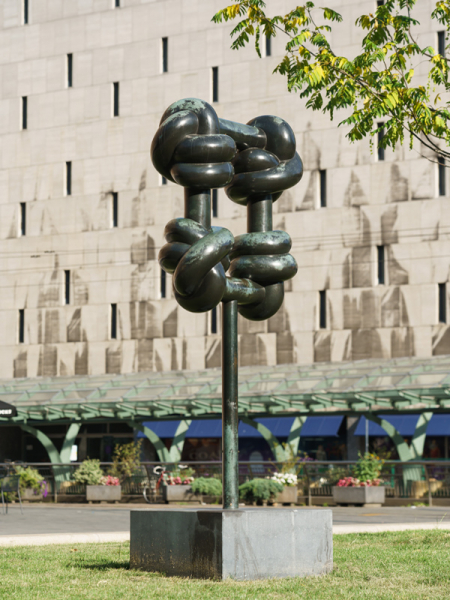 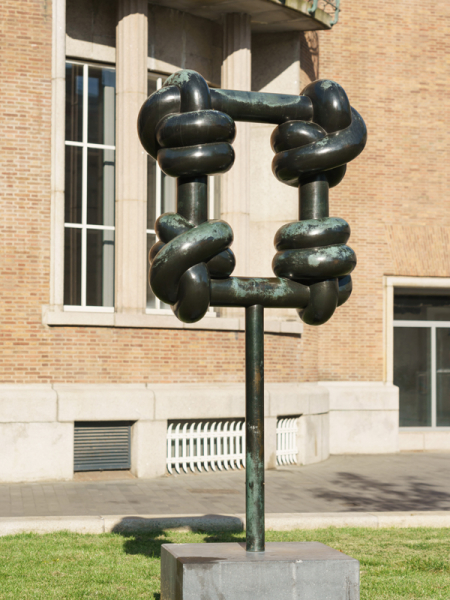 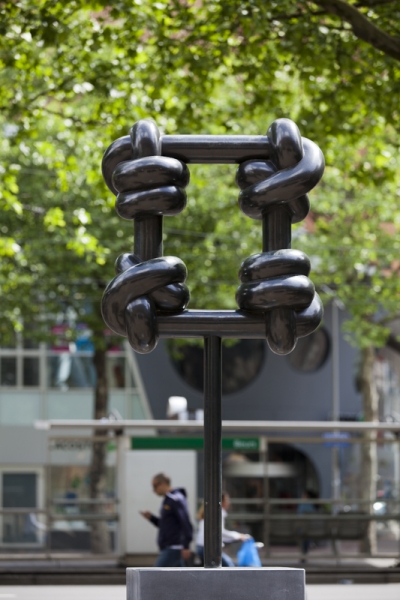 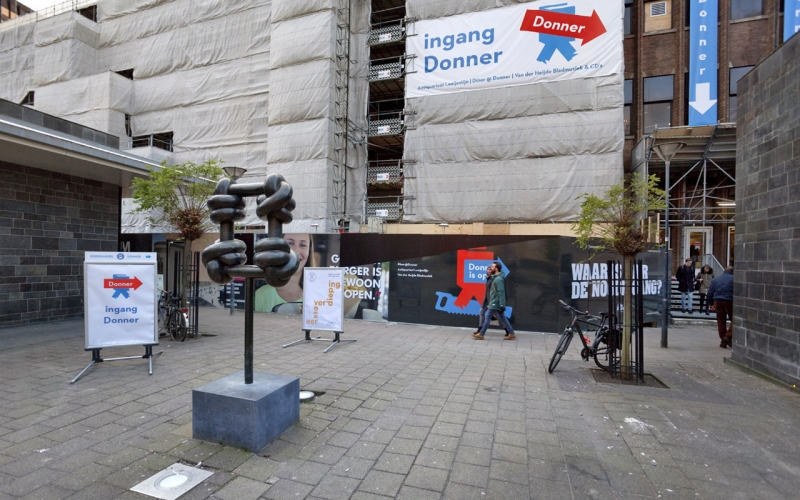 Sculptor Shinkichi Tajiri has been creating knot-shaped works of art for decades. The knot became his trademark in the 1990s. There are various meanings to The knot promised. For one it symbolizes connection, embrace, harmony and for another a difficult situation, a difficult issue, problem or struggle. For still others it represents a magical symbol or tension. In Japanese culture, the knot is central to the erotic bondage cult. The sculptor: “I want people to be able to give meaning to my artworks themselves. With my 'buttons' I want to make a clear statement, ensure immediate communication between work and viewer. The knot is a fascinating form of strength and understandable to everyone. It doesn't matter if I tie a knot in Tokyo or the Brazilian jungle. In 1976, The knot purchased as a gift to the Amro bank from the contractors of the new construction. The statue was unveiled on October 18, 1976. Due to lengthy work on the Coolsingel, The knot temporarily placed in the garden of CultuurWerkplaats Tarwewijk in 2018. The statue has been on the Coolsingel again since January 2021. For more information: Sculpture International Rotterdam.

The American sculptor Shinkichi Tajiri (Los Angeles, 1923 - Baarlo, 2009), son of Japanese immigrants, took his first sculpture lessons in 1940. During the war he fought in Europe, where he remained afterwards and eventually settled in Paris and afterwards in Baarlo, North Limburg. From 1948 to 1949, Tajiri studied in Paris with Ossip Zadkine. Then at Fernand Léger and then at the Académie de la Grande Chaumière. In the same period he came into contact with the Cobra group, with which he exhibited in the Stedelijk Museum Amsterdam. After settling in 1956 in the Netherlands, he exhibited with Wessel Couzijn and Carel Visser under the auspices of De Nieuwe Ploeg. He participated in various editions of the Documenta in Kassel. From 1969 to 1989, Tajiri was a professor at the Hochschule für Bildende Künste in Berlin. He was considered an important Dutch sculptor with an expressive style of his own in sculptures that can be seen in museum surroundings and in public spaces.