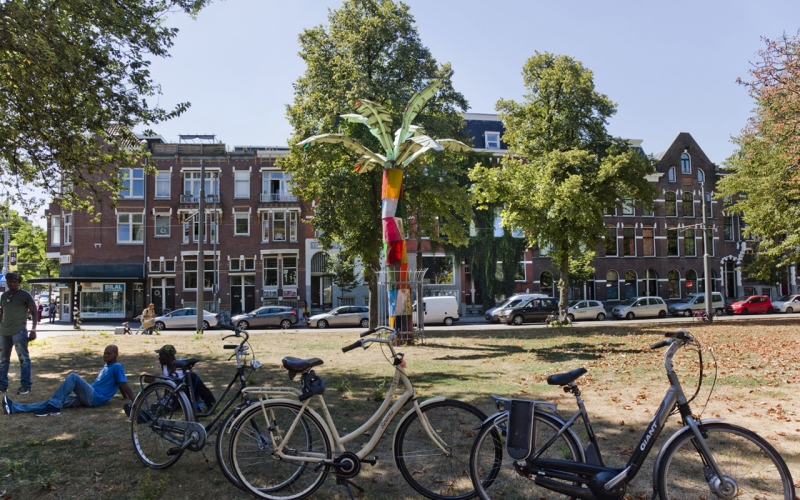 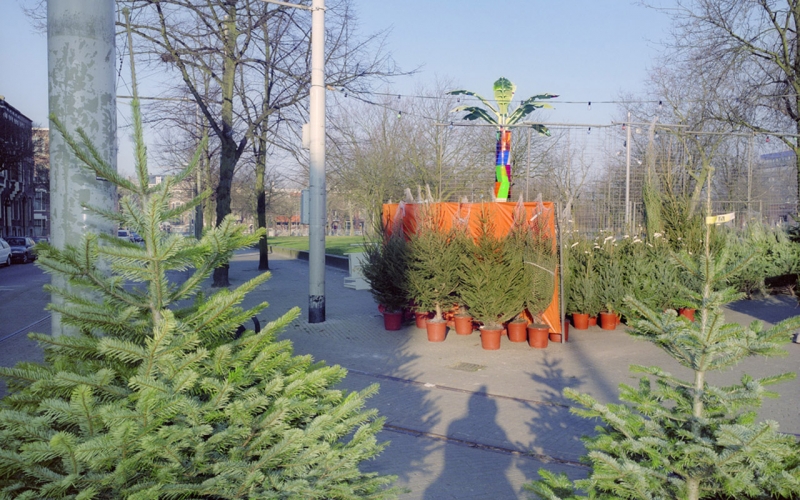 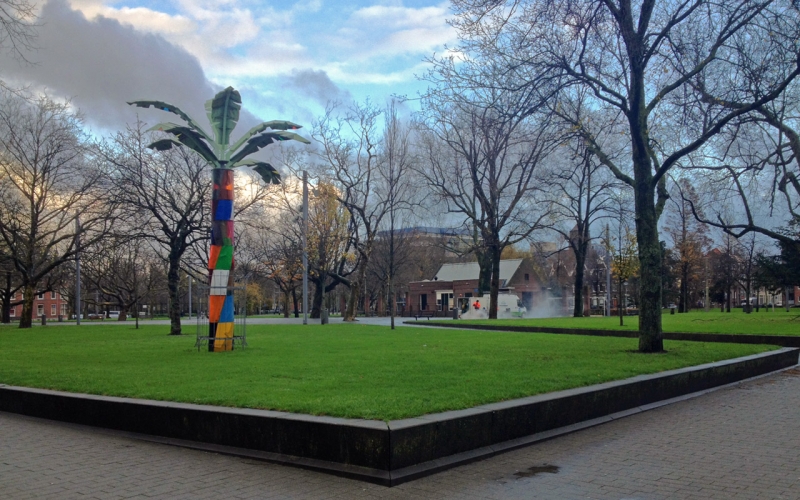 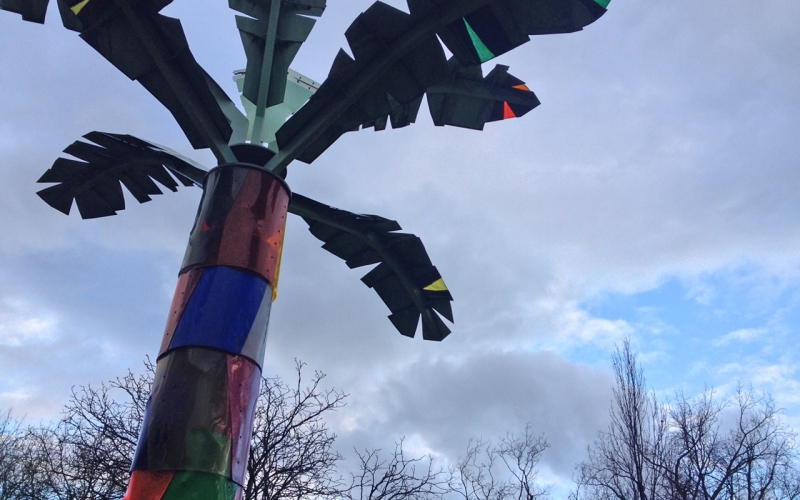 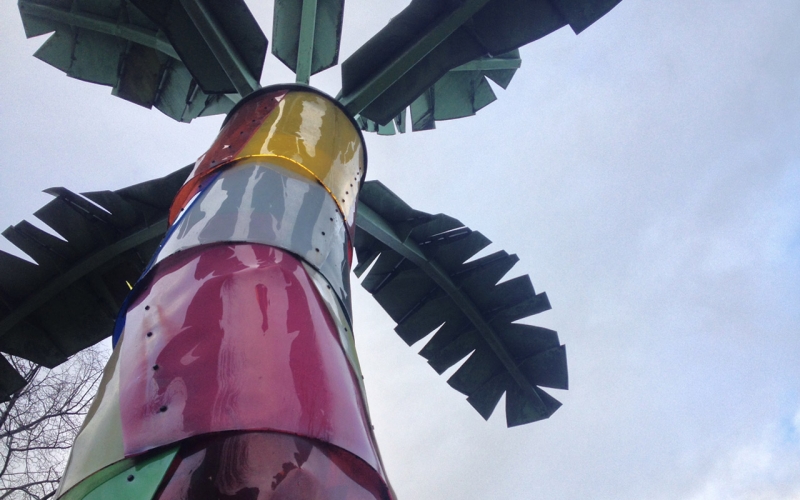 When plans were developed in 1997 for the redevelopment of the Heemraadsplein, it immediately became clear that art had to play a role in this. CBK Rotterdam asked artistaway van der Lippe to create a work that shows the green history of the square. It became a palm tree, which not only depicts the history of the urban environment, but The palm also fits in with the current multicultural environment of the Heemraadsplein. Van der Lippe has been extensively acquainted with various local residents, who come from all over the world. She has thus found a symbol that plays a role in all these cultures: a palm tree. Because in architecture or advertising, for example: the palm tree is a common symbol all over the world. However, Van der Lippe did not want to create a work of art that merely depicts the combination of cultures. She also wanted to turn it into a remarkable tree. The toughness of The palm returns in highly industrial materials: a steel core is covered by overlapping acrylic sheets, which in vivid colors remind us of the festivity of warmer climates.

After studying Architecture at TU Delft, Klaar van der Lippe (Leiden, 1961) studied at the Willem de Kooning Academy in Rotterdam. Over the years, she has built up a broad body of work, including performances, (temporary) sculptures in public space and videos. Van der Lippe was awarded the Charlotte Köhler Prize in 1994. Since 2005 she works regularly with the artist Bart Stuart under the name Play Buro. Their projects focus on critical consideration of spatial planning.