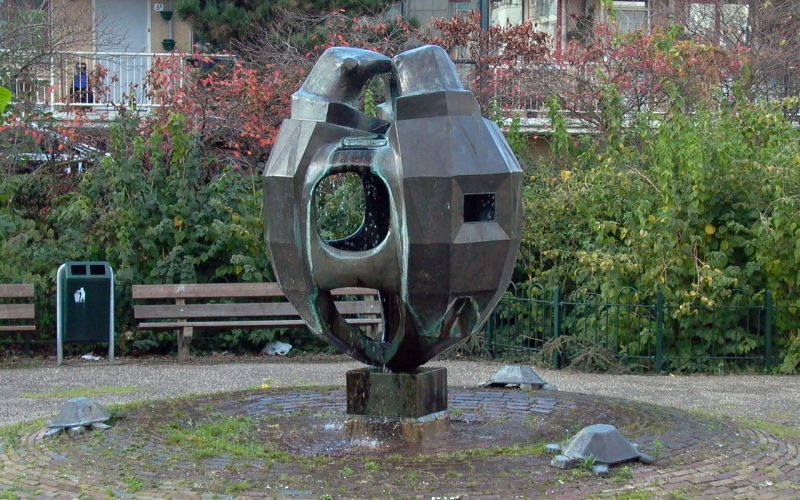 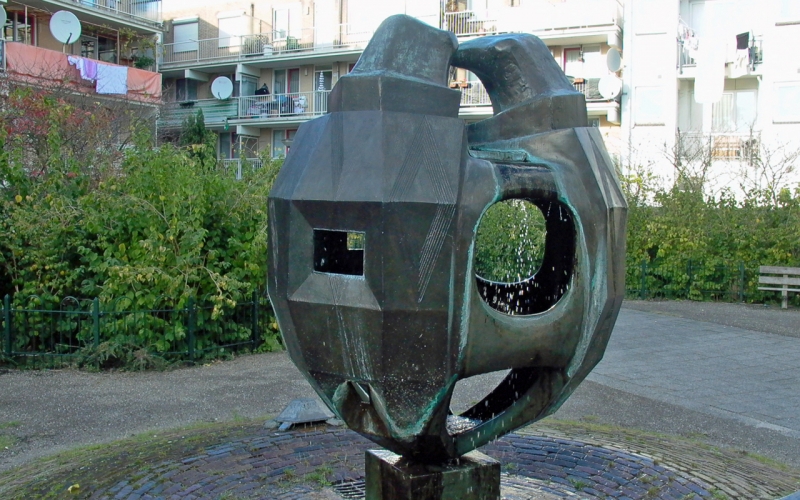 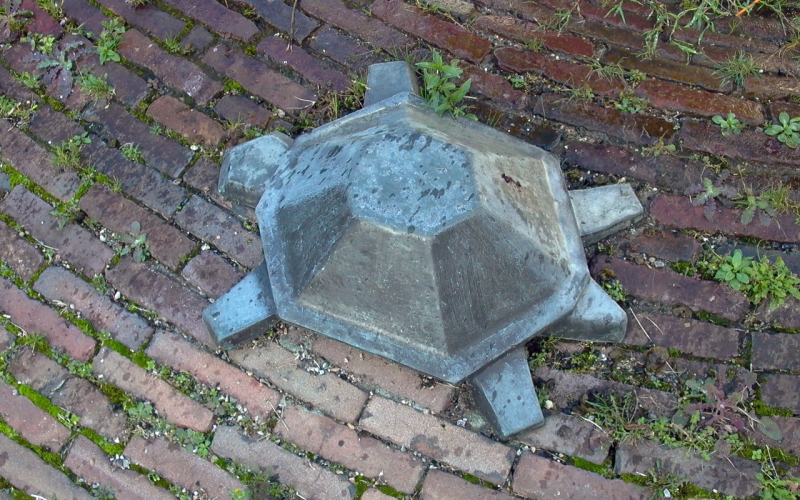 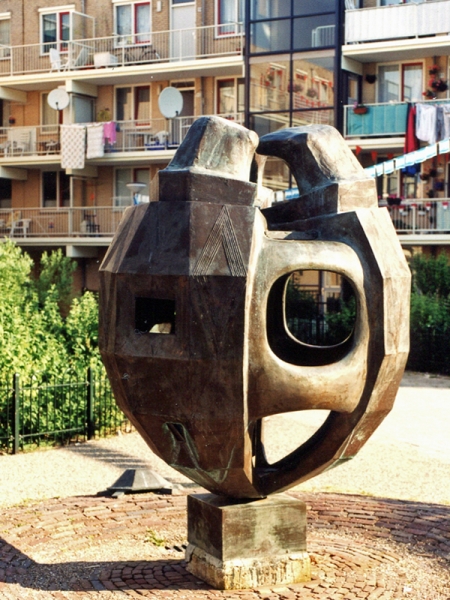 In the courtyard 'De Diamant' three stylized turtles are gathered together in a gathering with a fountain between their bellies. It seems as if the turtles are doing a circle dance, in which the legs merge and their heads are bent towards each other. The image tends towards the abstract because of the square shapes that make up the head and shield. The Three turtles from Loeki Metz originally stood on the Bospolderplein, but was rather subject to vandalism there. Once the fountain was turned off to conserve water, fires were regularly lit in the statue, which did little good for the object. During the redesign of the Bospolderplein, the statue was carelessly removed, causing damage. In 1992, the restored statue was given a new place in the courtyard of the Louis Bouwmeesterhof. On the occasion of the relocation of the artwork, the neighborhood museum gave extra attention to the work of the artist Loeki Metz by means of an exhibition.