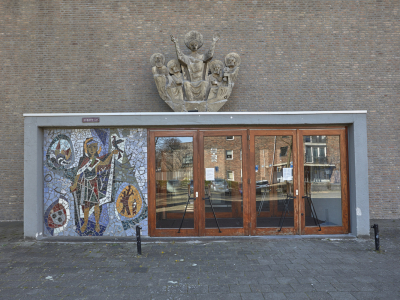 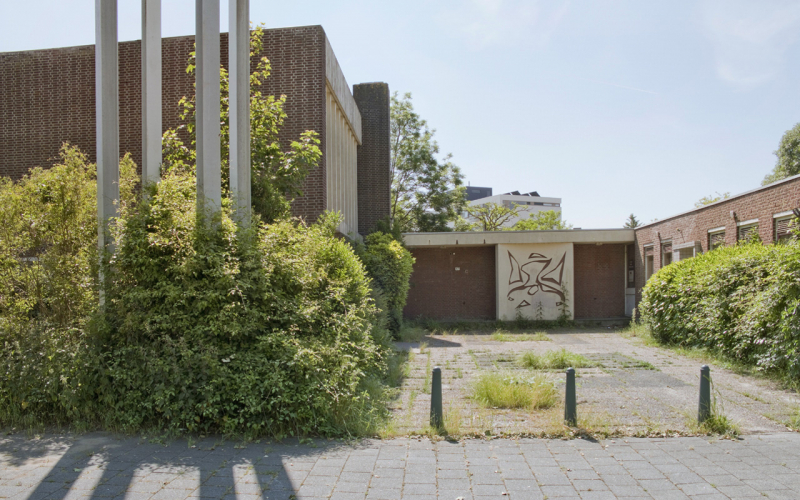 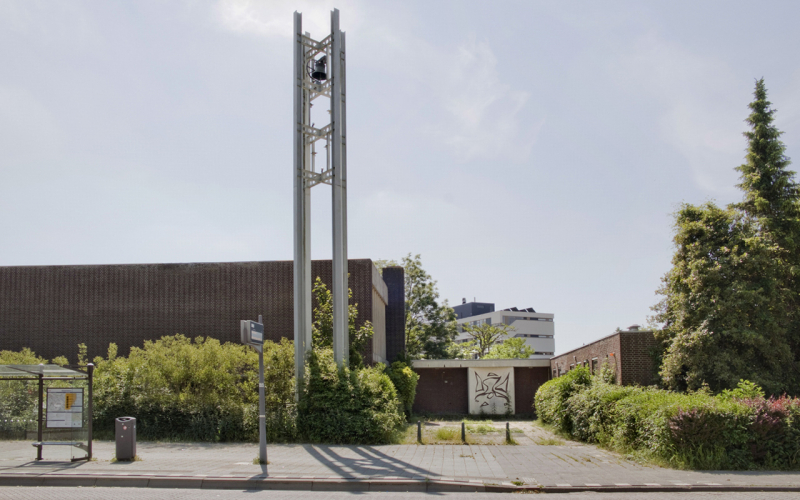 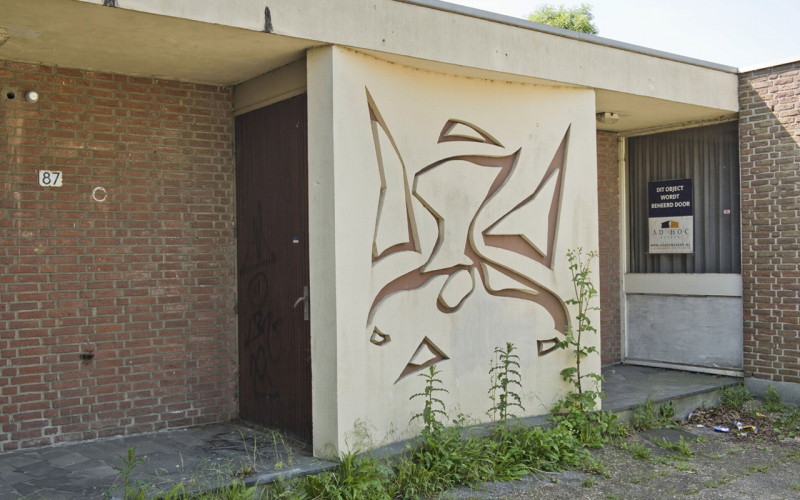 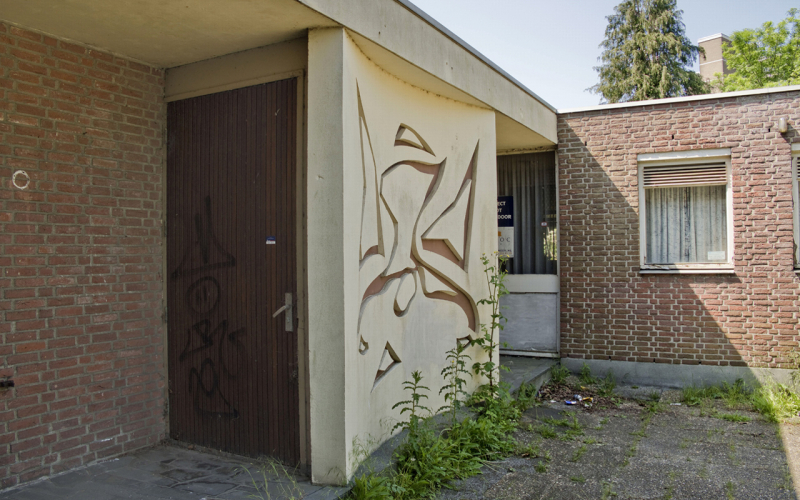 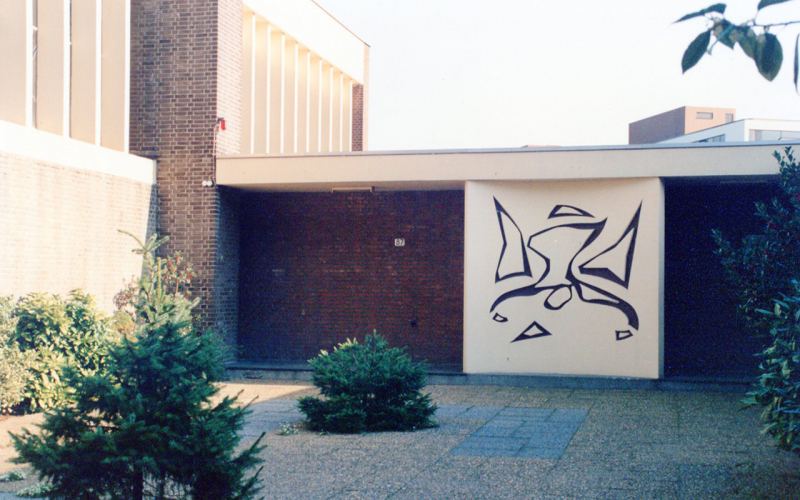 The Rotterdam artist Bob Zijlmans mainly operated in religious circles. For example, he made a facade mosaic and glass-in-concrete wall for the Bavokerk on the Slinge in Charlois. But this design is clearly different. It is much more abstract and set up with daring. The facade relief Engel has no details and color. The angelic figure is cut out of a white concrete slab and placed at the main entrance of the church. The white area with a few dark lines seems to be an indispensable part of the church building of the parish De Goede Herder / HH Engelbewaarders. Zijlmans also provided the glazing for the church space. The church is no longer in use.

Marinus (known as Bob) Zijlmans (Rotterdam, 1918 - there, 1992) grew up in a Catholic family. He attended the Antwerp art academy as a student of Constant Permeke, as well as the Academy of Visual Arts in Rotterdam. After the war Zijlmans traveled a lot and lived in England and Indonesia for a few years. After that he developed into a painter and monumental artist. He made mosaics, glass-in-concrete walls, (glass) paintings and sculptures. The human figure was a constant factor in his work. Zijlmans mainly worked on commission in Rotterdam and he was a member of the General Catholic Artists Association (AKKV). Mid 1950-1960, Zijlmans received a lot of press with his paintings and drawings of human figures, akin to the silence in the work of Dolf Henkes. In the 1970s he takes part in a group exhibition in De Doelen.