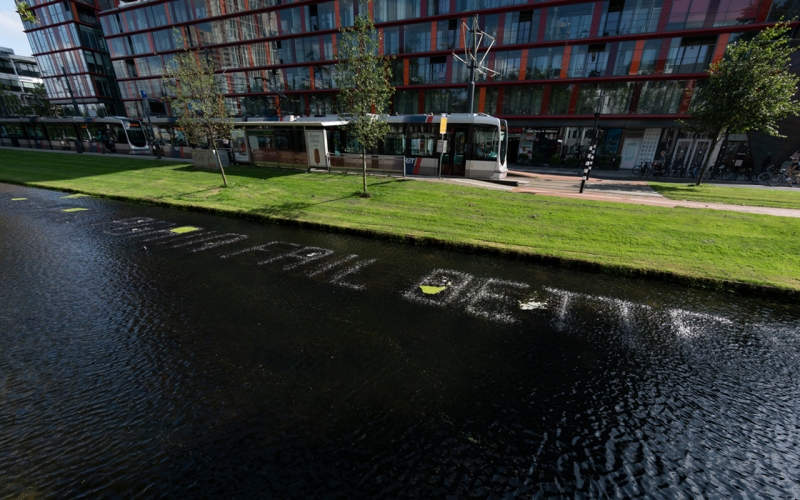 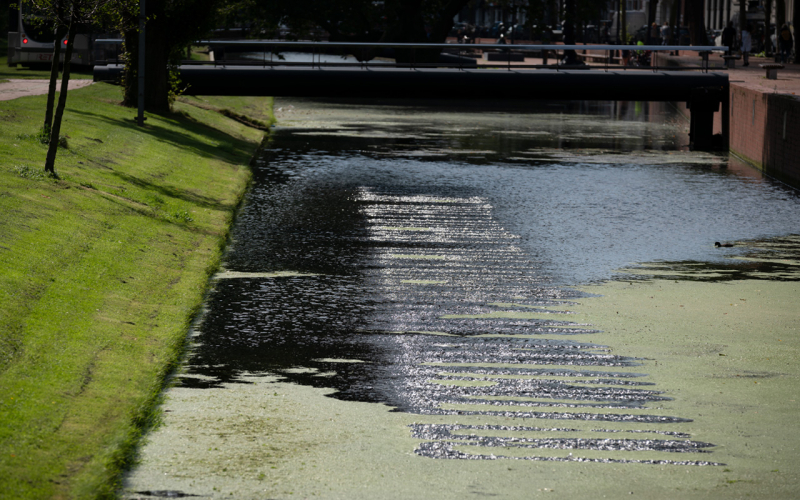 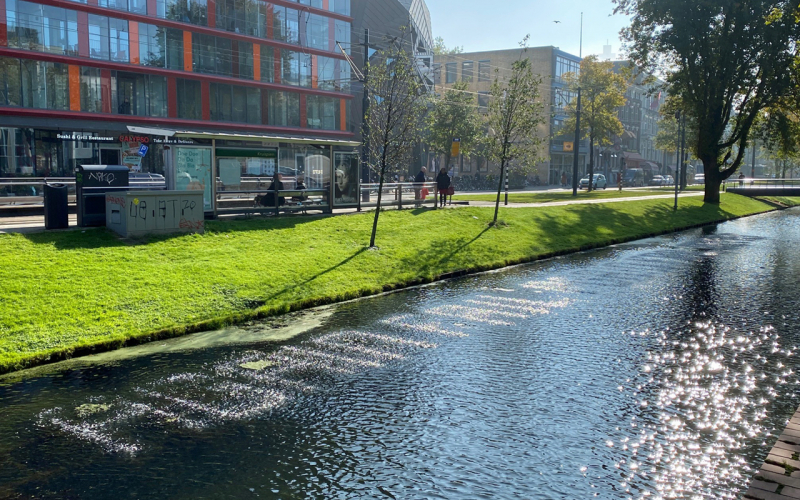 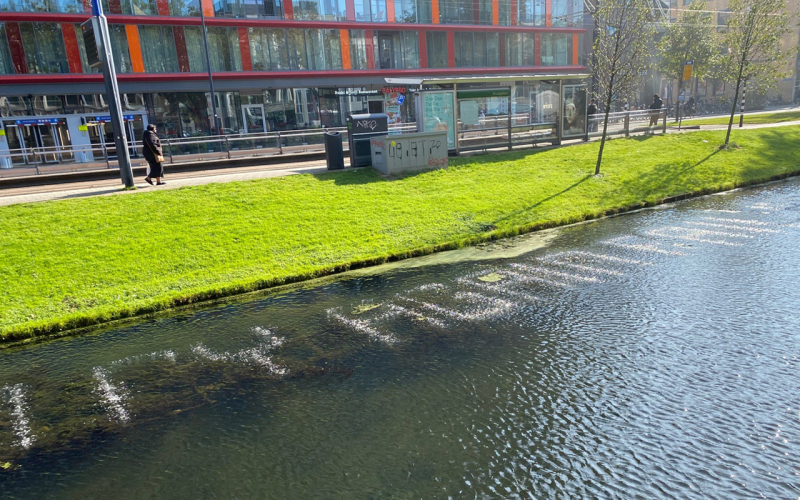 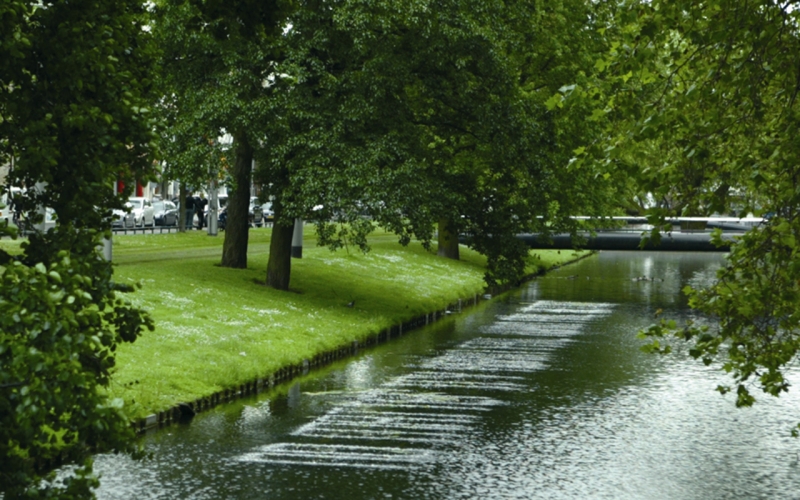 In 2001, Job Koelewijn wrote a text in the water of the Westersingel. This consists of eight words, which can be read from the side of the image terrace on the Westersingel. The rule 'No Matter Try Again Fail Again Fail Better'comes from the short novel' Worstward Ho 'by poet and (play) writer Samuel Beckett. This novel from 1983 gives a less optimistic picture of humanity, forced to seek refuge in space after a disaster. By omitting part of the original quote, Koelewijn opted for a more positive sound. His text gives the idea that failure doesn't matter; you get there with persistence, determination and patience. Koelewijn makes more frequent use of poetry in his work. For him, poetry is a means of gaining strength and generating a positive attitude. He came up with the idea of ​​using text by conceiving the single as a blank page in which you can write words. “The way you used to stand by the side of the sea and write your thoughts in the water,” he explained. The words appear in air bubbles on the surface through a perforated underwater pipe system through which an air stream is forced. Due to weather conditions, the work is not always clearly visible and in winter it is switched off due to possible freezing of the water. The work is Koelewijn's first permanent work in public space. A permanent work is often monumental and motionless in nature, but Koelewijn decided to make a work that depicts the fleeting nature of time. For more information: Sculpture International Rotterdam.

Job Koelewijn (Spakenburg 1962) belongs to the young generation of Dutch artists, who are working internationally. Koelewijn exhibits in museums and galleries around the world. His work consists of photography, video, performances, installations and objects. Every work is strongly rooted in its own existence. Observations or ideas acquired in his environment can lead to a work in which different layers of meaning can overlap. A certain poetic approach is not strange to Koelewijn. He incorporated poetry rules in various works of art.