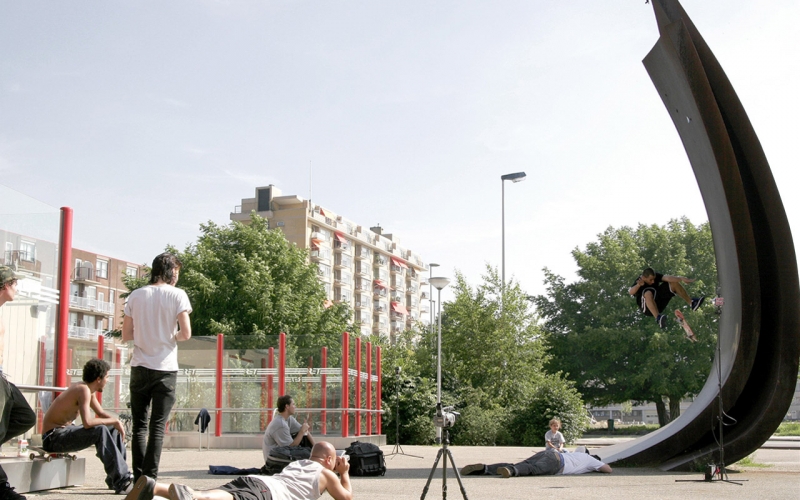 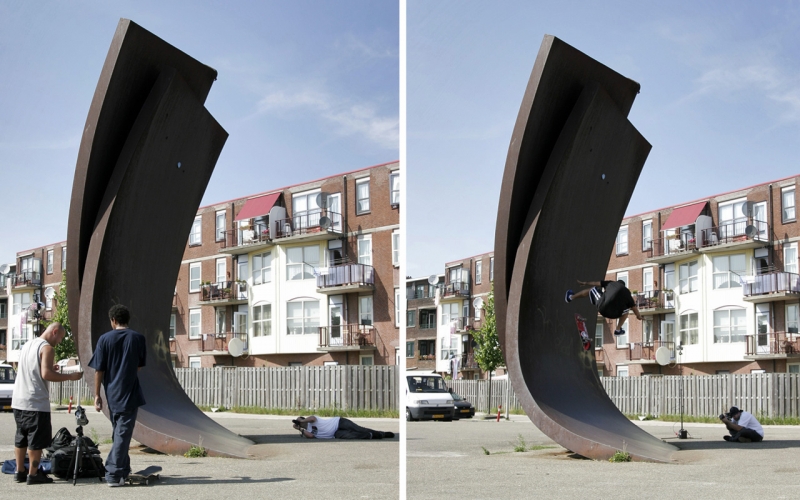 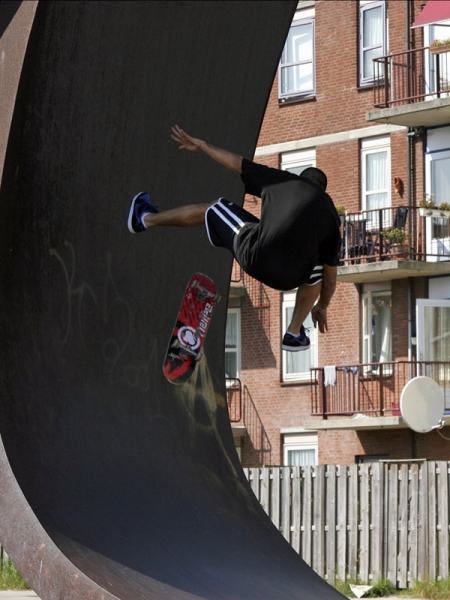 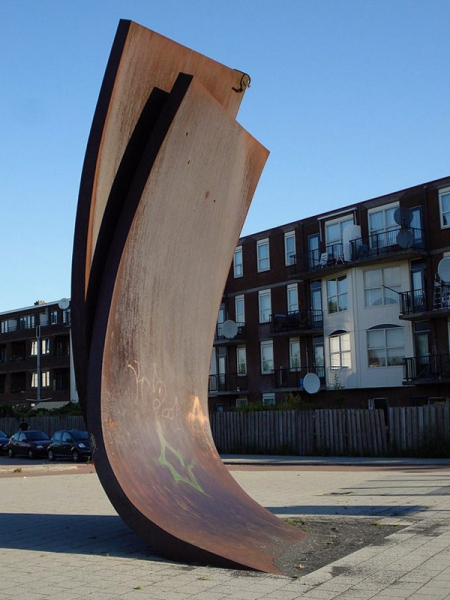 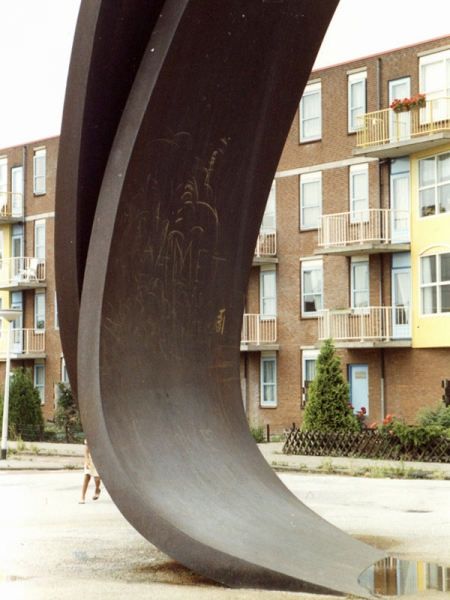 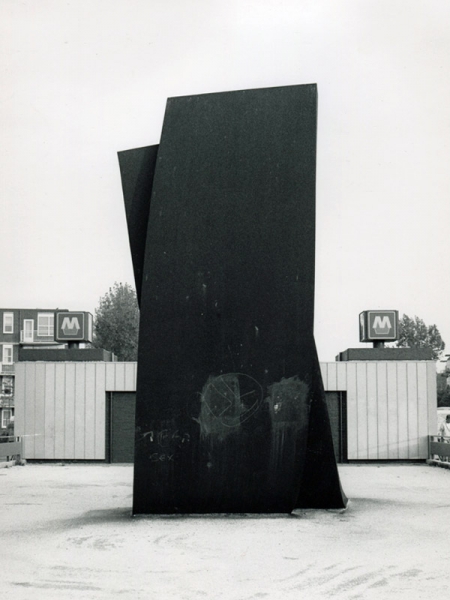 According to the original plans, a large station concourse was to be built here, but instead the station building became a soberly built block. The artist's assignment was to create a spatial object to mark the entrance area of ​​Gerdesiaweg station. A proposal by sculptor Gerard Walraeven was chosen from three sketch designs. He provided an extensive, steel, conceptual 'wink', which is nevertheless somewhat lost in the amorphous residual space between the residential blocks around the station. The work has been placed above ground. In the square, two 'ribbon-like elements' - namely high, curved, vertical, thick plates of Corten steel - appear to enter the ground together and continue underground to reach the other side of the station building, separated from each other a bit above. get to the ground. However, the high and low parts of the work are so far apart that the connection is not perceived by everyone. The high party is therefore also recognized as an expression of modern art and has become a popular object for skaters. The two low rust-colored pieces of steel can be seen as unsightly remnants of some construction.

Gerard Walraeven (Nijmegen, 1942-2010) studied at the Free Academy for visual arts in The Hague. He was a sculptor and made great works, fighting with material and form. The artist battled with geometric shapes to create the illusion in the viewer that steel is pliable. He largely worked with weathering steel.