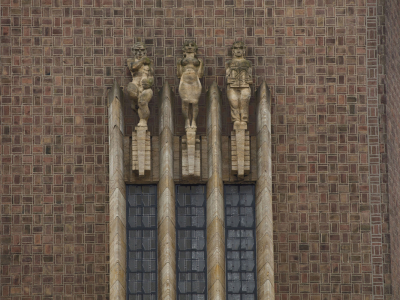 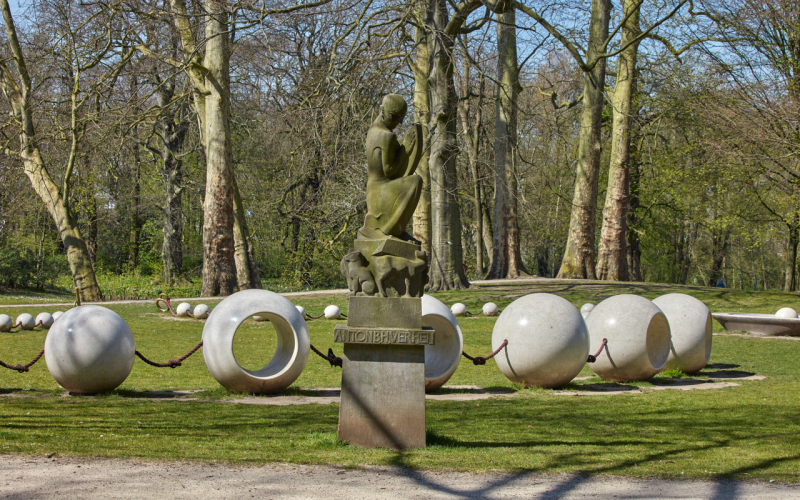 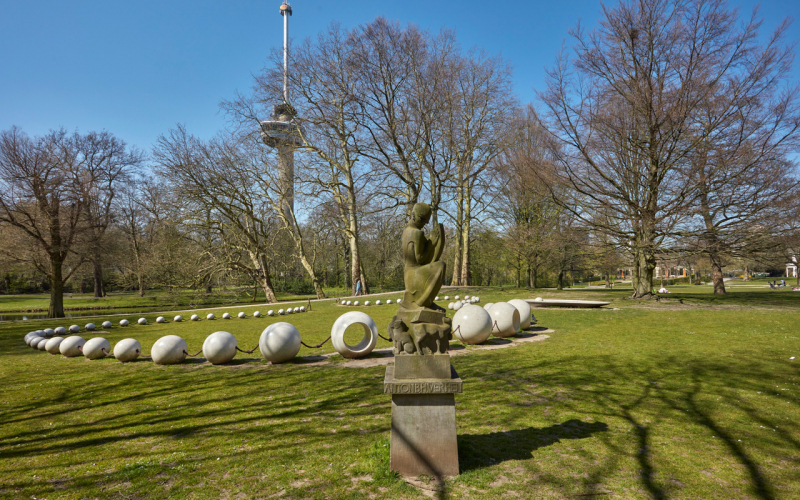 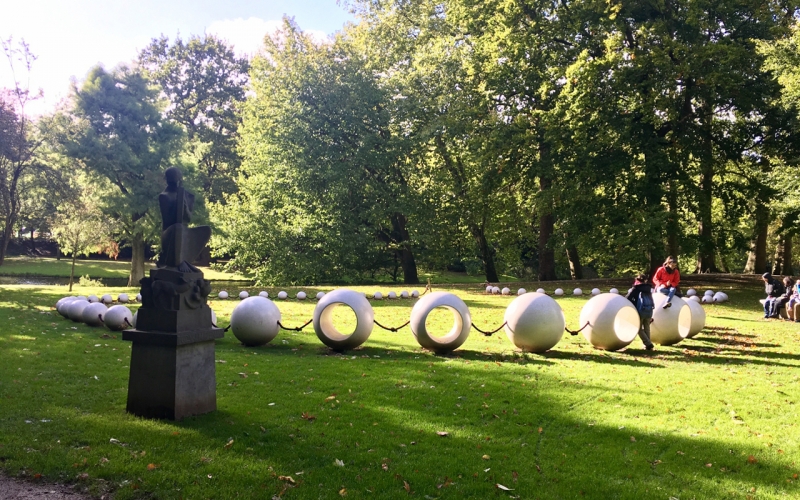 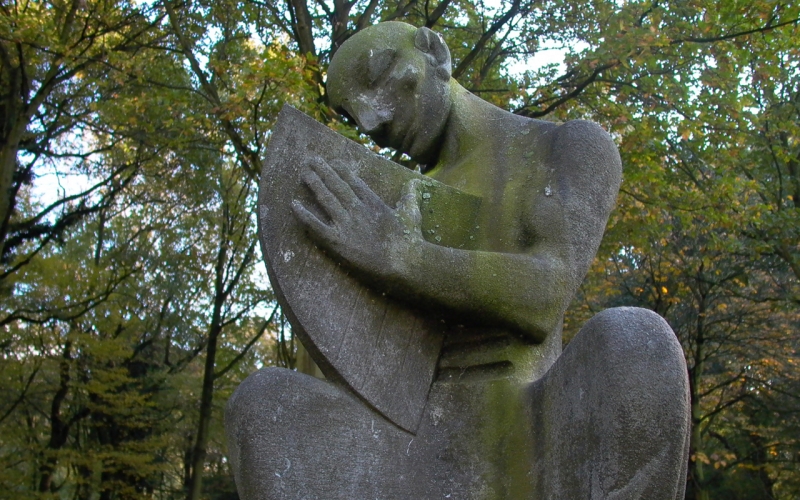 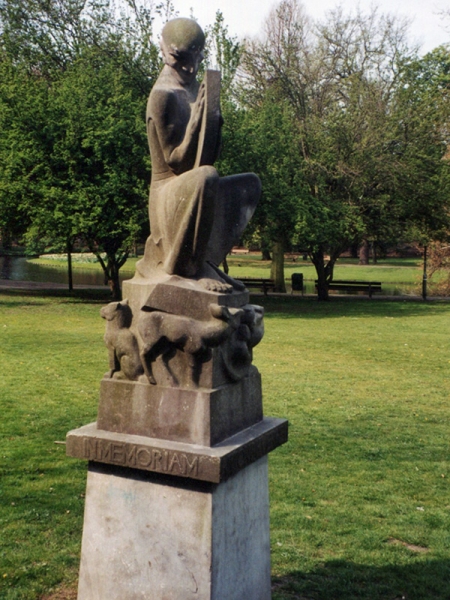 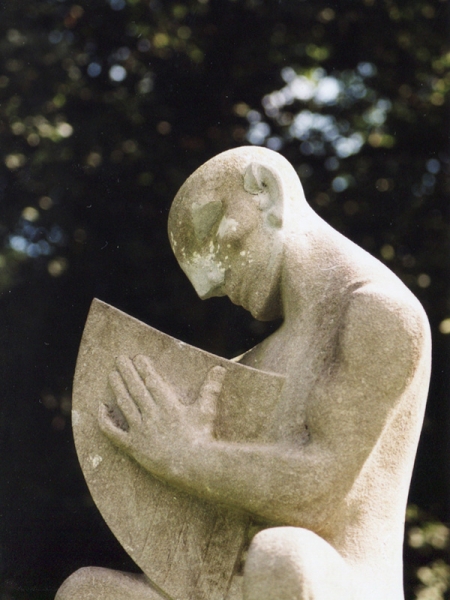 The Anton Verhey monument was founded in 1926 to commemorate this conductor, musician, composer and music teacher, who died unexpectedly on February 12, 1924. The young sculptor John Rädecker was commissioned to create a monument and set out to symbolize Verhey's life in a single figure. Rädecker chose the mythical figure Orpheus, who, when he played his lyre, could make humans and animals listen breathlessly. Orpheus is depicted in a squatting seat, playing a stylized lyre, while a monkey, lion, lamb and dog are listening at his feet. The text on the rim of the plinth is as follows: Anton BH Verhey - in memoriam - Toon artist - 2/2 1871 - 2/2 1924. The statue is signed at the top right of the monkey with JR 1925.

John Rädecker (Amsterdam, 1885 - 1956) was a well-known Dutch sculptor. He is the creator of it Monument on the Dam in Amsterdam. His work is loved in the art trade. In 1999, a bronze mask from him raised 240.000 guilders at an auction. Throughout his life he has made powerful images with a completely personal expression. He made nudes, animals and portraits. Influences of Egyptian and Greek sculpture gave his work an archaic stylization, which sometimes turned out to be more grotesque and sometimes more elegant. He was the son of a sculptor and his two brothers were sculptors who also supported him in his work.