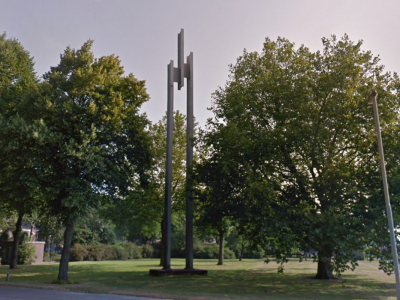 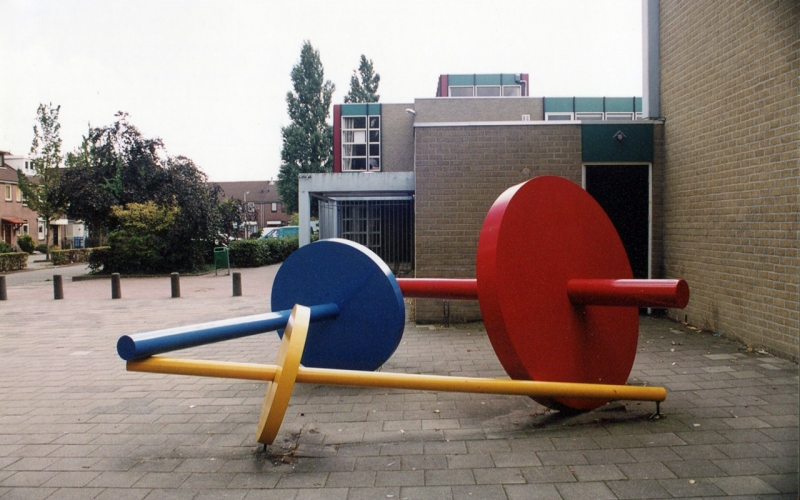 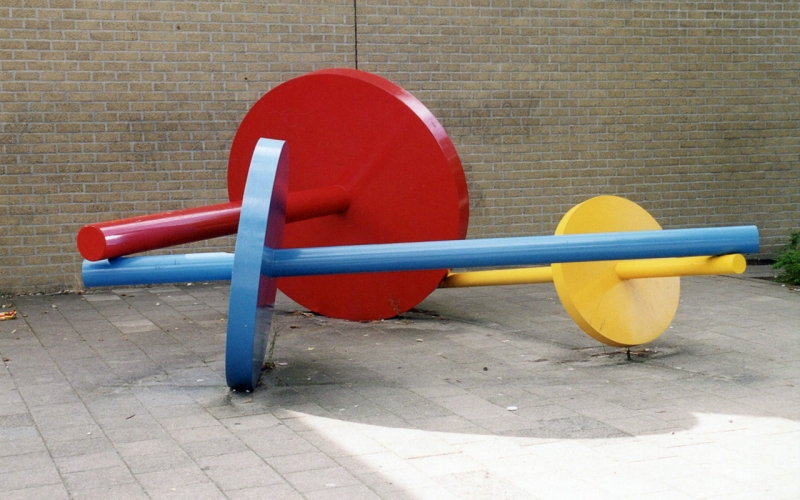 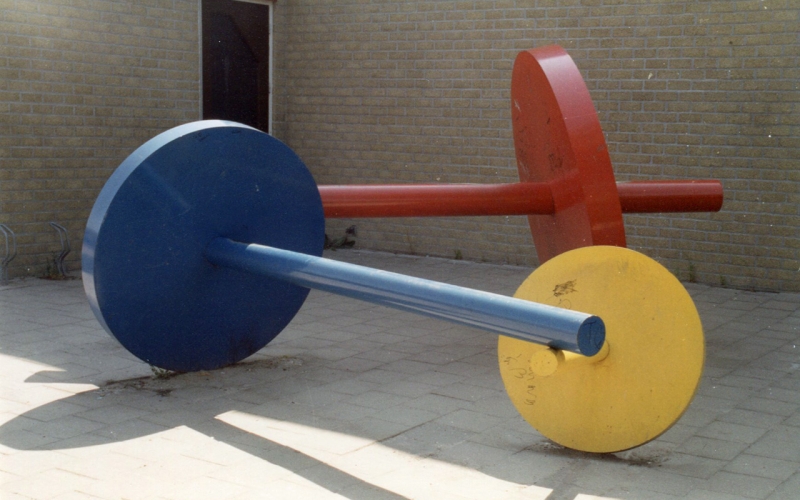 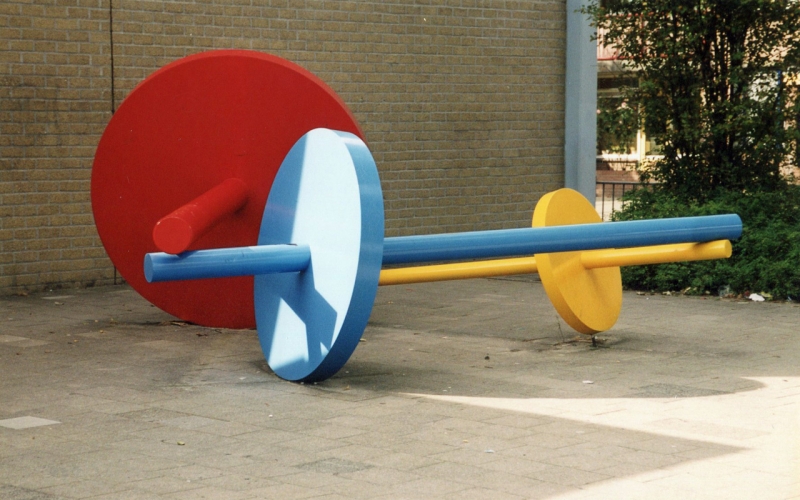 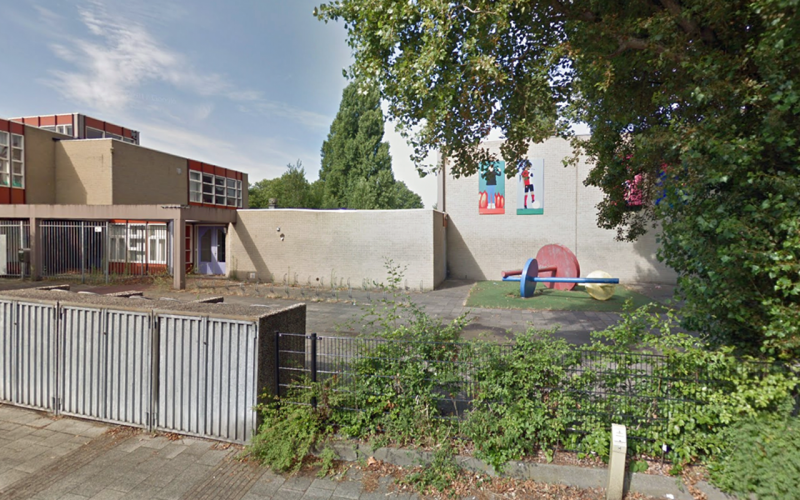 The Rotterdam artist Marc Legersté created this work in 1984 as part of the percentage scheme for the construction of the school. It fits in with the aesthetics of the seventies and eighties, when the standard school architecture was enlivened with visual art. This is a typical schoolyard artwork. Legersté has made a translation of the growth process of man through elemental circular shapes in a triangular arrangement. Hence the title of this work: Growth process. The three primary colors yellow, red and blue represent the different phases of human development; for example, the artist chose the color yellow for toddlers. The triangular shape is a reference to the three departments of the school; toddlers, substructure and superstructure. The image is not only meant to be watched, the children can also climb and play on it. In this way an art application becomes a play object at the same time, something that is applicable in a schoolyard. The emphasis is more on visual design than on visual art. While discussing the design with stakeholders, such as representatives from kindergarten and primary school, there was some criticism of the use of color. For example, some people thought the colors were too loud or distracted from the material used, while others thought the blue wasn't clear enough. Initially the three forms would be scattered, but in the end the art committee and artist agreed that the three forms combined would come out stronger.

The Rotterdammer Marc or Mart Legersté (Rotterdam, 1942 - there, 2019) was a self-taught artist. He was active since the late XNUMXs, mainly in drawing, painting, watercolors and afterwards focused on objects in the form of large installations with an industrial-looking appearance. Sometimes he made objects for public space, such as a playground sculpture in Prins Alexander and a wooden, prehistoric-looking installation on Kop van Zuid.