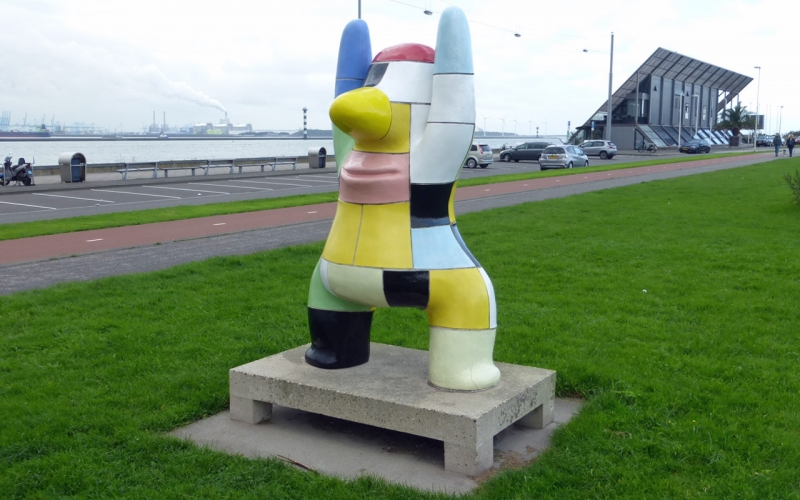 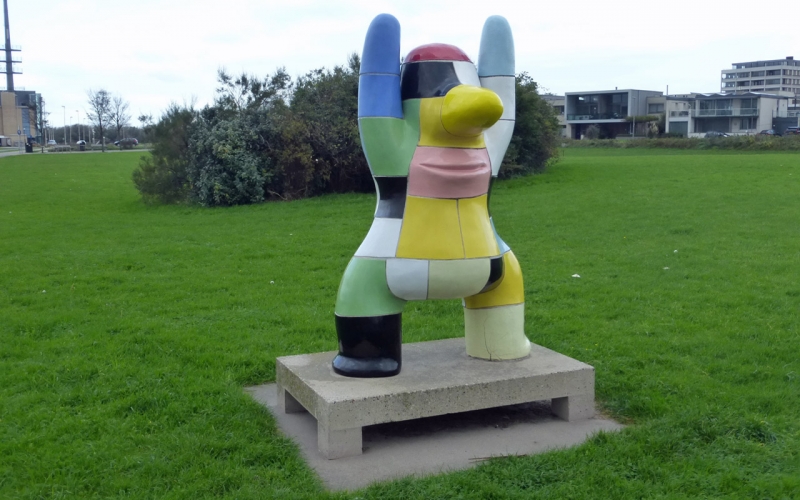 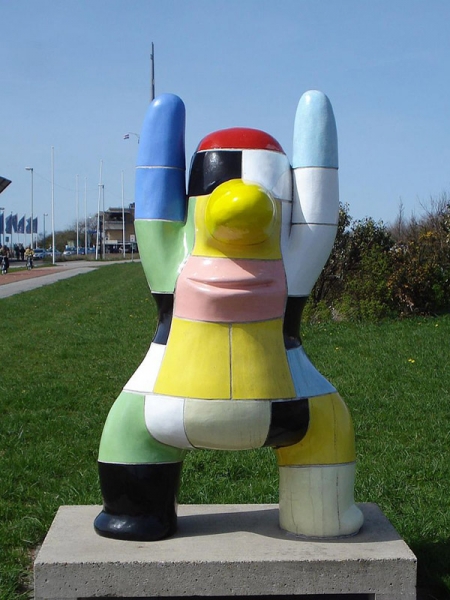 Along the Koningin Emmaboulevard in Hoek van Holland, a colored man stands with his arms in the air. A cheerful gesture, which suits the feeling of strolling by the sea and stands out in the elongated green strip. The statue is placed on a concrete tile on legs, just above ground level. A human figure made of ceramic tiles with different colors; a big yellow 'nose' and in the light pink a 'mouth'. The work was created by artist Jan Snoeck, a Rotterdam sculptor who has been very active throughout the country (but to a lesser extent in Rotterdam). He has made a number of very monumental commissions, such as the series of beds for the HMC Westeinde hospital in The Hague in 1979. Within his recurring technique of colorful tiles, he has created a wide range of shapes and objects.

Sculptor Jan Snoeck (Rotterdam, 1927 - The Hague, 2018) graduated from the art academy in The Hague in 1949, after which he was apprenticed to Ossip Zadkine in Paris. He then developed sculptures in stone, wood and bronze, but increasingly focused on ceramics. He used cheerful, primary colors and mostly man was his subject. In 2007 he received the Aart van den IJssel Prize from the municipality of Leidschendam-Voorburg and had a retrospective in Museum Beelden aan Zee in Scheveningen, where he was knighted. He was best known for his colorful ceramic sculptures that can be found all over the country.