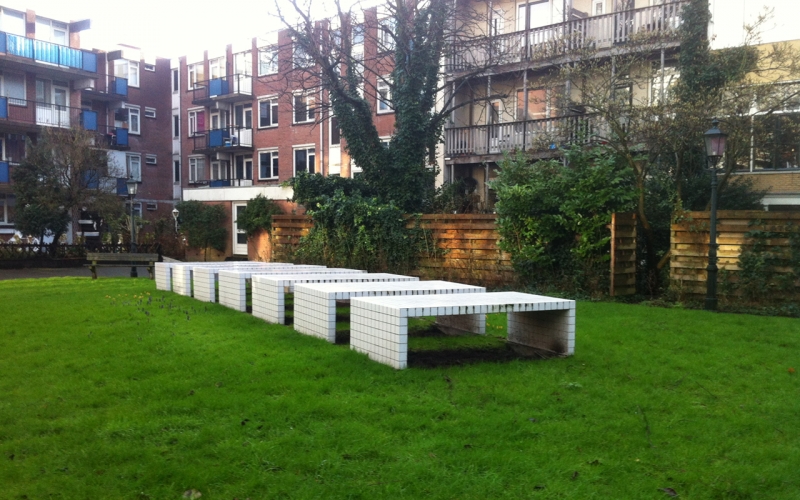 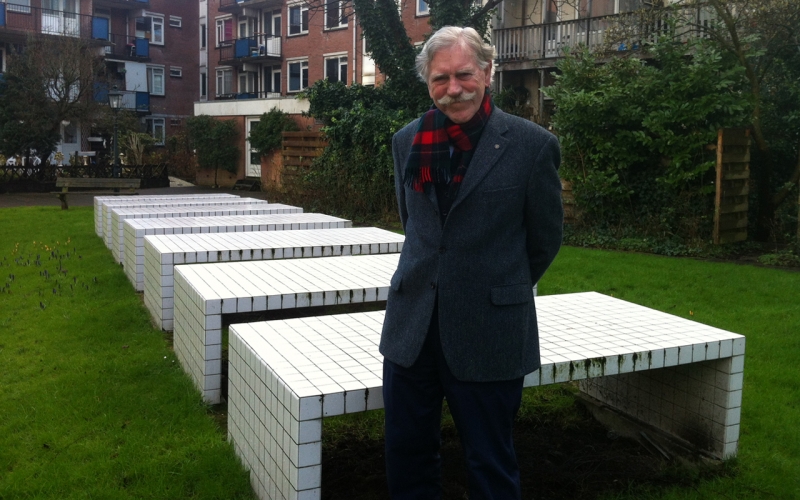 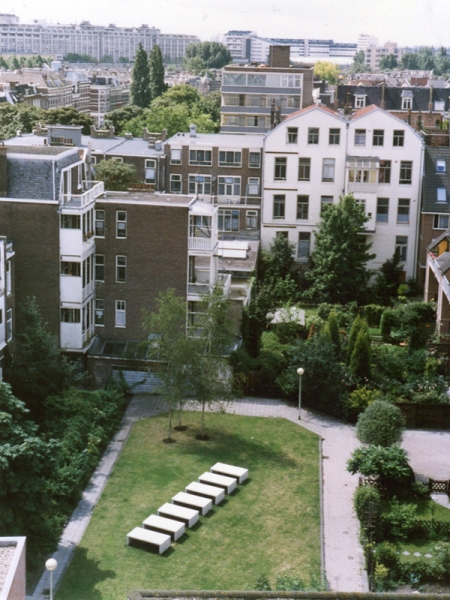 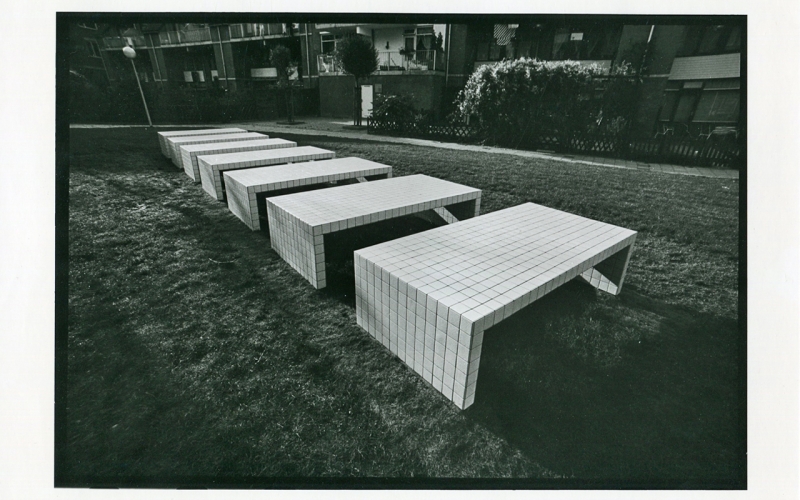 Since 1893, the Sint Franciscus Gasthuis has stood on this spot on the Schiekade. In 1941 it was accidentally bombed by the English, completely burning down the top floor. In 1975 the hospital was demolished and houses were built to a design by the architectural firm of Eijkelenboom, Gerritse and Middelhoek. Visual artist John Wouda has lived in the Roo Valkstraat from the start and has a view of the courtyard. An old photo of a bed room in the Gasthuis was a reason for the artist to make a lasting memory. The artwork Homage to Sint Franciscus Gasthuis consists of seven white identical objects, which approximate the clinical character of the hospital wards. The number seven was a divine number in ancient times and symbolized the cosmos, which was ruled by the seven planets then known: Mercury, Venus, Mars, Jupiter, Saturn, the Sun and the Moon. The entrance to the courtyard is at 102 Vrouw-Jannestraat.

John Wouda (1938) is a Rotterdam artist and attended the Academy of Visual Arts in Rotterdam from 1957 to 1962. He makes paintings of buildings and urban situations.