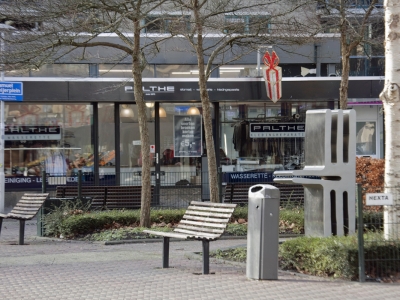 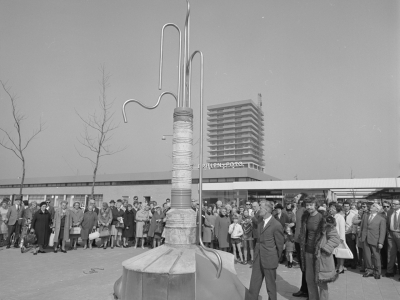 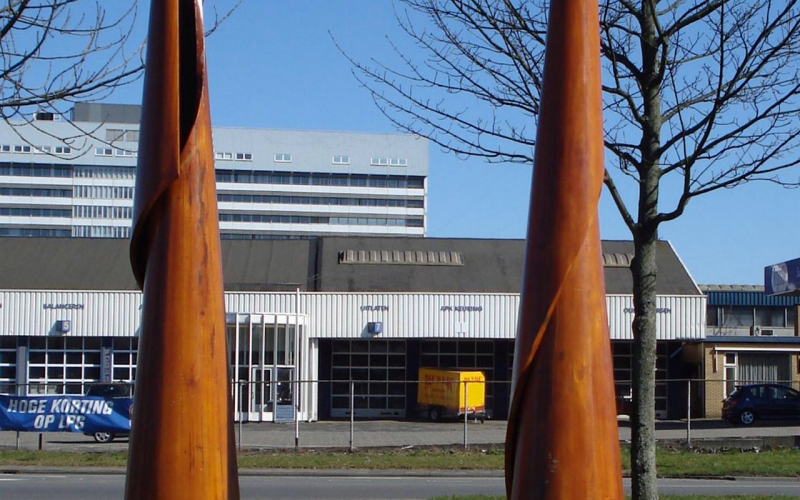 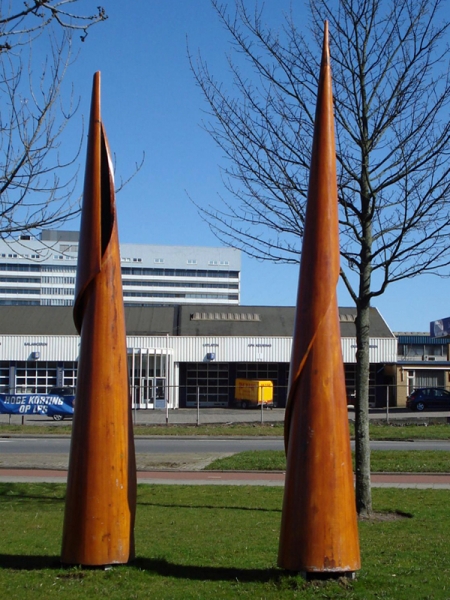 Wikipedia
About the artwork

Since the 1980s, Rotterdam artist Rob Maingay has been making abstract shapes, such as this one Wooden spirals. Maingay made them like boards that could be rolled up like paper. Although the natural shape of the work and the use of a warm wood color, the work is still an abstract marker in the public space. The two spirals stand on a green zoom in a wide environment of a few converging roads. A low box hedge has been placed around the work, as a boundary to the grass. Maingay has made fifteen copies of his wooden spirals. There are also two spirals in Lisse, among others.

Rob Maingay (Semarang, 1939 - Rotterdam, 2016) was a Dutch sculptor, architect and furniture designer. He was born in Semarang on Central Java in the former Dutch East Indies and studied at the Academy of Visual Arts and Technical Sciences in Rotterdam. In 1967 he received a first prize for his sculpture. From 1969 he was active as a sculptor in Rotterdam. He made a few sculptures for public space in different municipalities, metal abstract geometric objects, spiraling or stepped shapes. Until the nineties he made wooden spiral sculptures and also exhibits such waves in wood and stone in galleries, including at Nouvelles Images in The Hague. Maingay lived and worked in Rotterdam-Vreewijk.