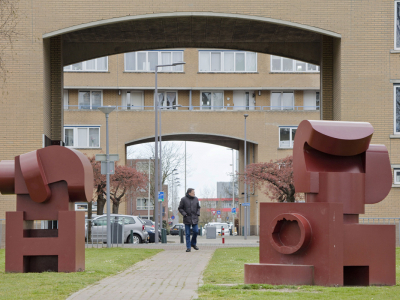 Everyone is dead except us (2020) Ben Zegers 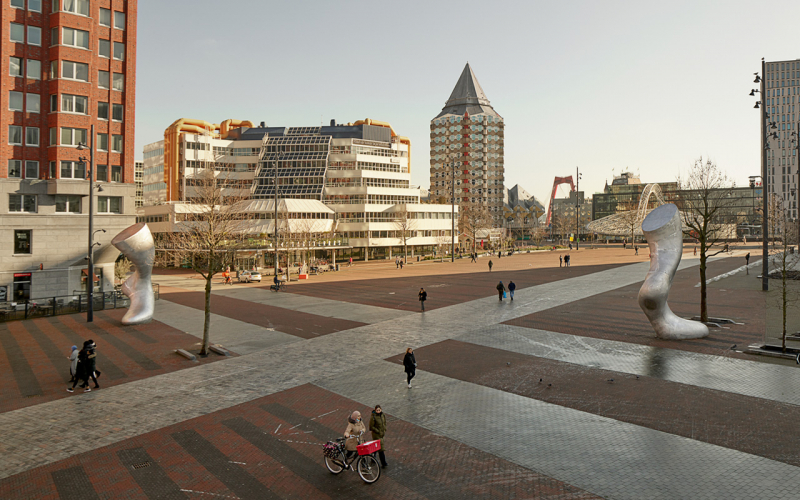 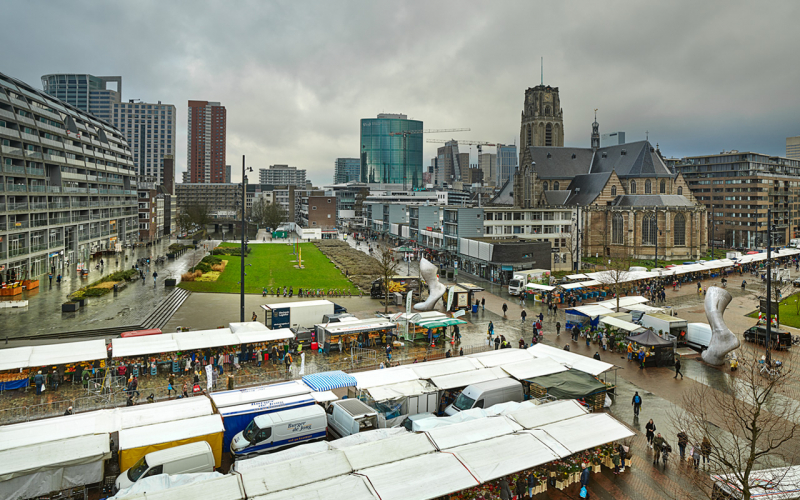 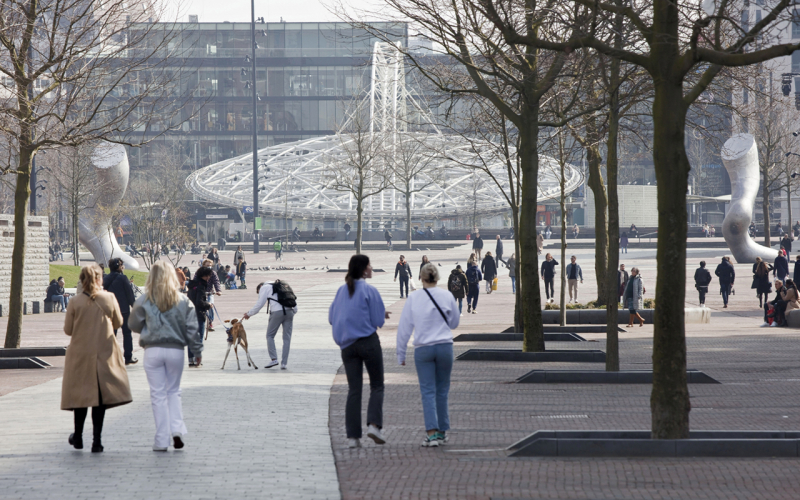 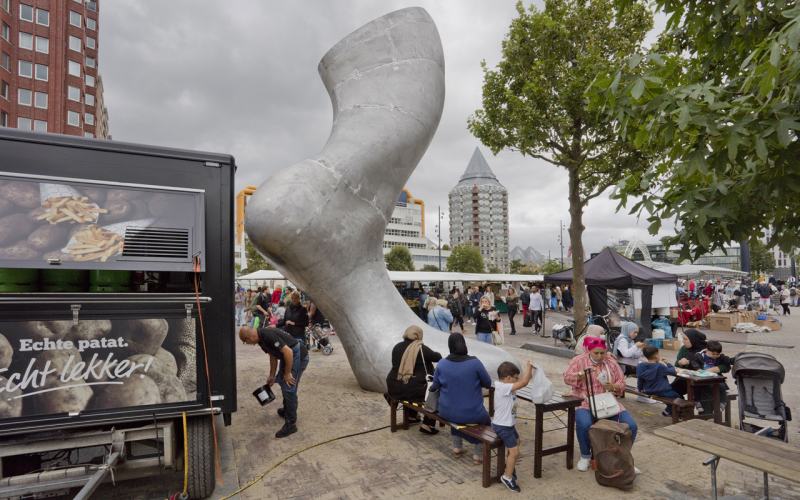 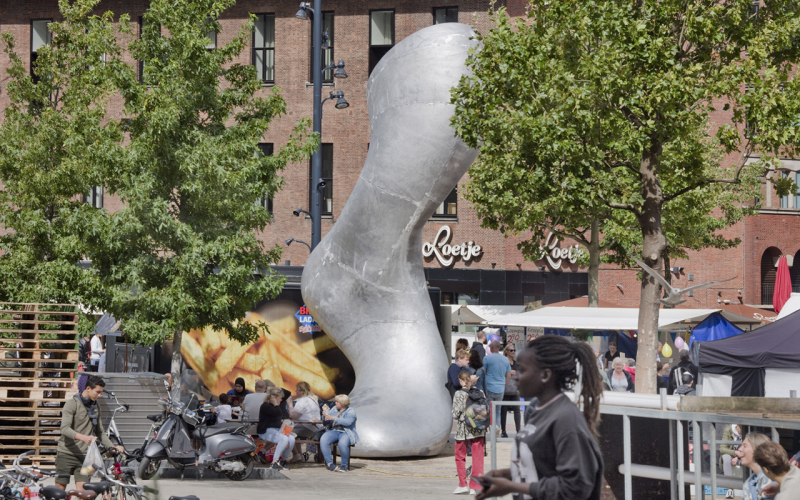 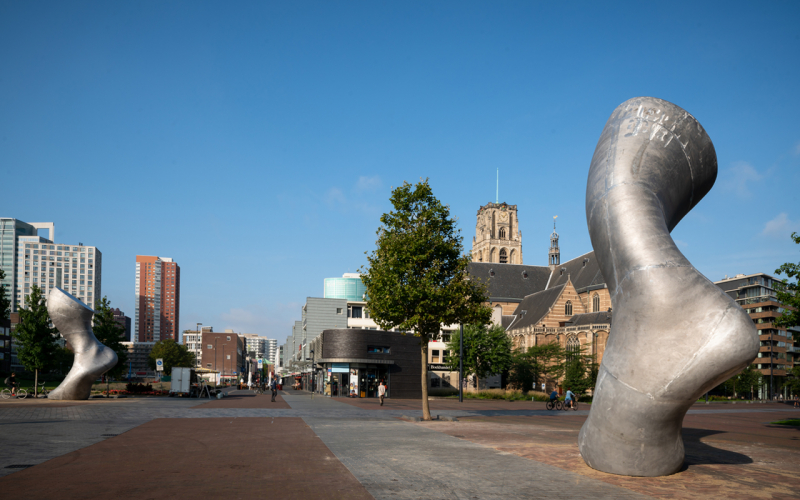 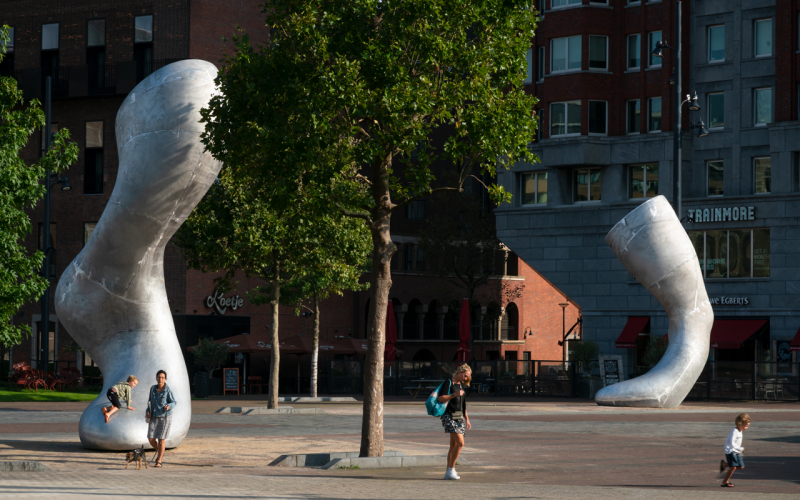 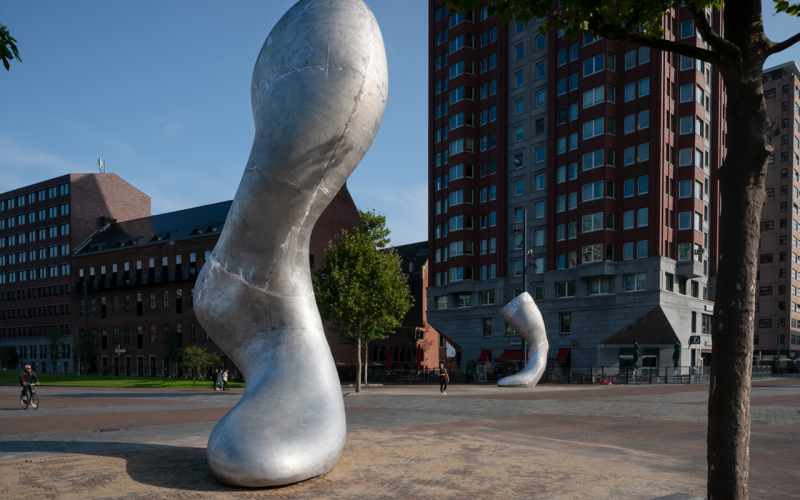 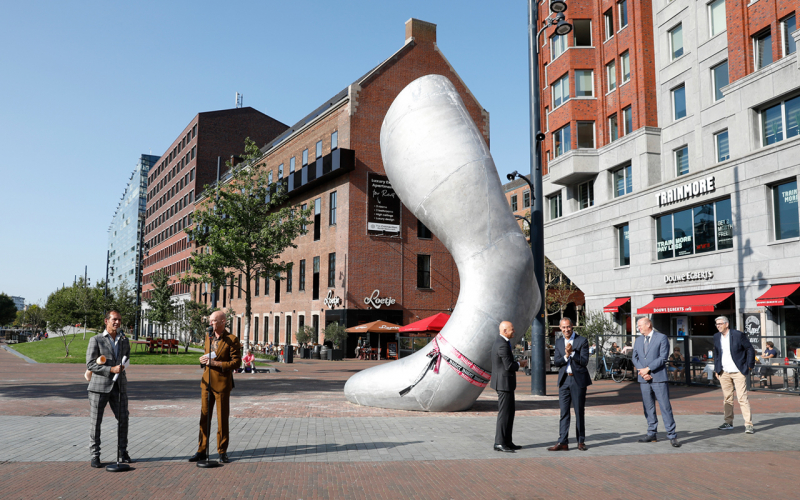 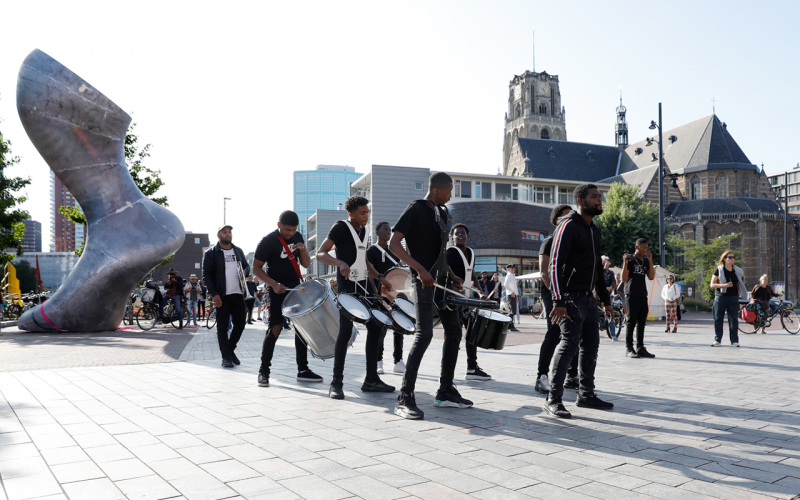 The work of art became Friday September 18, 2020 Everyone is dead except us by visual artist Ben Zegers unveiled. The two-part work is located at the intersection of the Binnenrotte and Hoogstraat. This is the place where the 'Dam in de Rotte' was located and where Rotterdam originated. The statue consists of two elegantly turned feet, which are spaced apart. The feet refer to the origins of the city, but also to the ancient function of this place as a market. The two images are in dialogue with each other, like a customer and a merchant. It also refers to the footsteps of the first Rotterdammers. The position of the two feet in relation to each other is derived from the dancer by artist Edgar Degas from the collection of Museum Boijmans Van Beuningen. The project started in 1991 when, during the construction of the Willemsspoort tunnel under the Binnenrotte, the dam in the Rotte and the oldest wooden lock in the dam from 1270 were investigated. The houses of the first inhabitants on the dam were also examined. Soon after this archaeological find, plans arose to mark this place with a work of art. In 1993 the Citizens' Initiative Committee Rotte-Dam committed itself to making the dam in the Rotte more recognizable as the place where Rotterdam originated. That same year, a proposal from the city council was accepted to indicate that place with a work of art. In 2007 a budget was made available for a work of art as part of the redesign of the Binnenrotte, after which the location was determined in 2010. The choice for artist Ben Zegers was made in 2015 by a selection committee consisting of representatives of Urban Development and Sculpture International Rotterdam. At the end of 2019, the permit for the placement of the work was issued and the production of the two statues started. The aluminum feet weigh about 2000 kilos each and the metal is finished in different ways. The raised heel and the rotation of the feet reinforce the spatiality of the artwork and give it a lively appearance that matches the dynamics of the market and the city. The title Everyone is dead except us is a sober and factual observation for the artist; a statement that connects the present, the past and the future and that is an incessant appeal to the city and its residents to make something of it together at all times.