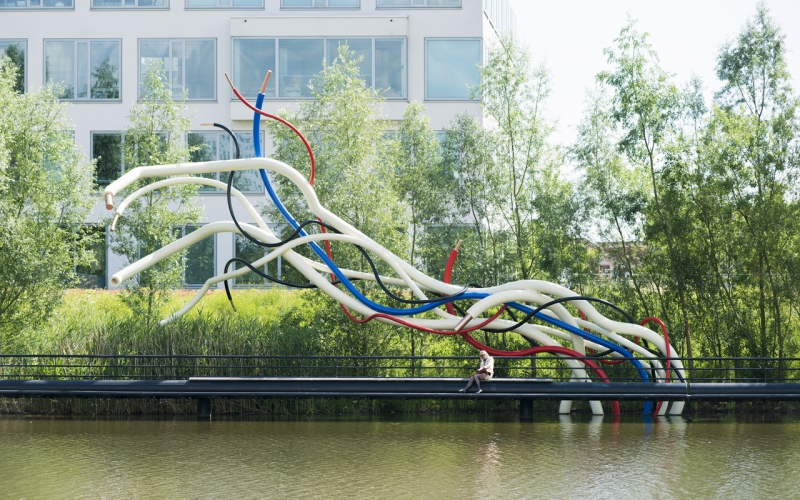 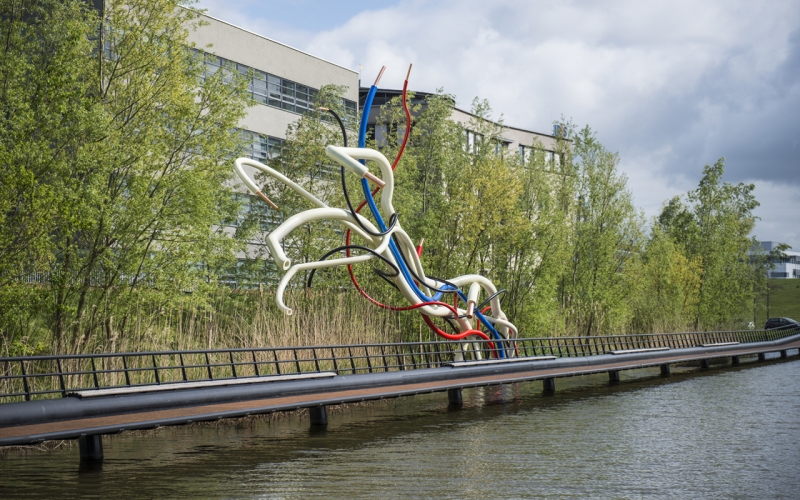 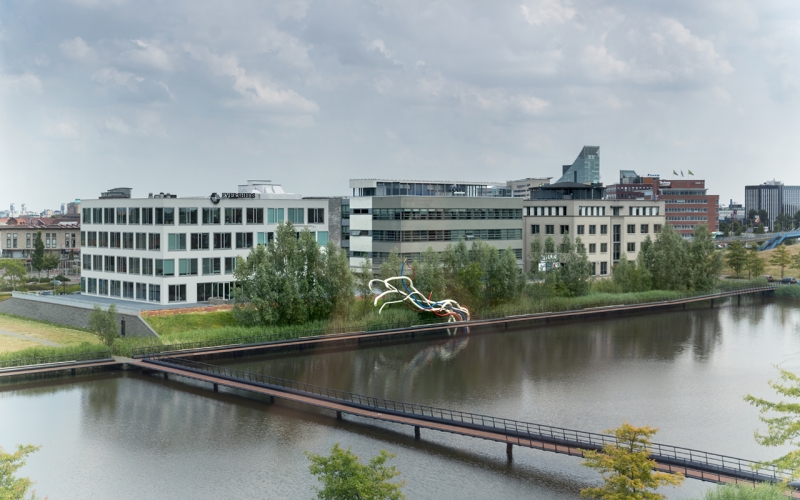 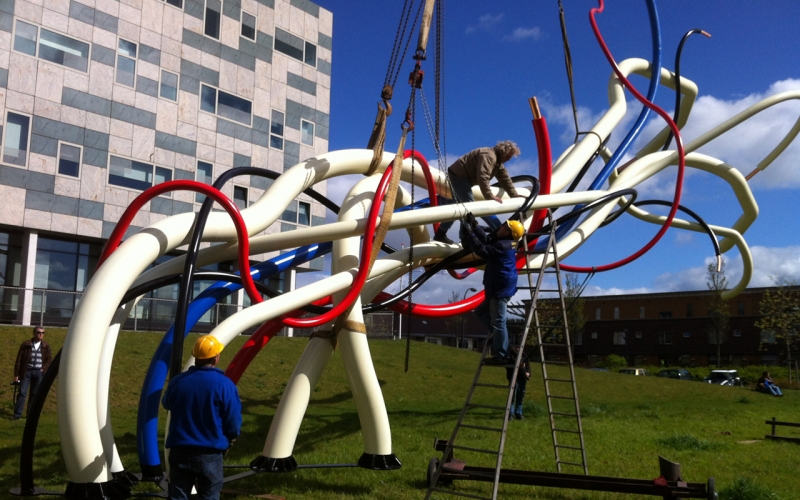 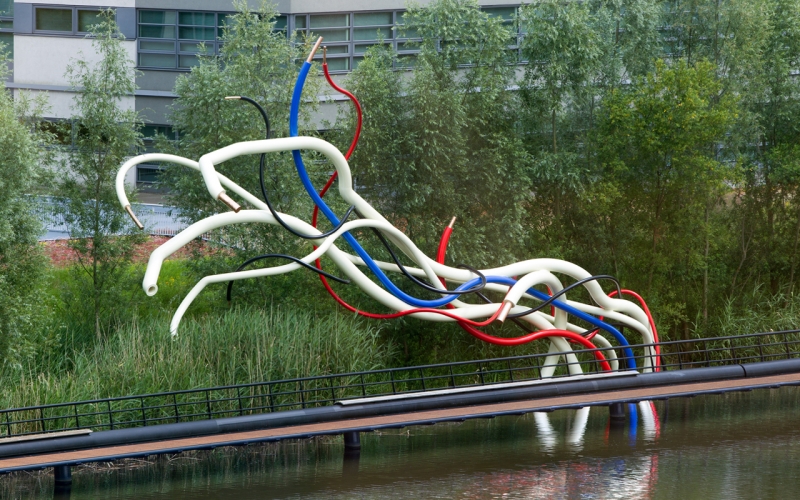 For his artwork IT Marcel Kronenburg was inspired by the DC Comic 'Swamp Thing ' - a popular series in the superhero genre. According to Kronenburg, the Brainpark III office park lends itself perfectly to the image IT, which represents the imagination of indomitable information technology. The cables and pipes have come to life in the pond of Brainpark III. They form the tentacles of an independently thinking and acting organism. They grab and cling along the boardwalk. A 'something' with tentacles and its own brain that lives in the pond. In the spring of 2014 IT placed in the water on the Bahialaan. The artwork IT is the last work of art realized in the context of the so-called percentage regulation, a regulation that was introduced in 1960 in Rotterdam. Approximately one percent of the construction sum or the land exploitation budget could be used for art in public spaces. Thanks to that regulation, the municipality was able to realize an impressive series of artworks. Based on this scheme, the decision was already taken in 1989 to add art to the Brainpark III office park in Rotterdam East. The scheme was abolished in 2005 because the retreating government no longer saw any role in the realization of public works of art. Designer Jan Konings was commissioned by the CBK Rotterdam to establish a connection with art between the Fascinatio district and the adjacent business park Brainpark III. This resulted in the vision art as an infill attraction. Based on that concept, a series of art commissions was formulated for Fascinatio in Capelle aan den IJssel and Brainpark III in Rotterdam. In addition to Kronenburg, three more artists were commissioned to create a work of art: Diederik Klomberg (The sundial, Solisplein), Onno Poiesz (Fragments, Solislaan) and Stanislaw Lewkowicz (Lonely corner, Ardalaan / Flatuslaan).

Artist Marcel Kronenburg (Utrecht, 1965) has an architectural background. He studied architectural design at the AKI and then attended the Academy of Architecture in Rotterdam. He is a conceptual artist, designer and environmental artist. He created works of art in public spaces in which the characteristics of the landscape play a role, for clients throughout the country such as municipalities and cultural institutions.