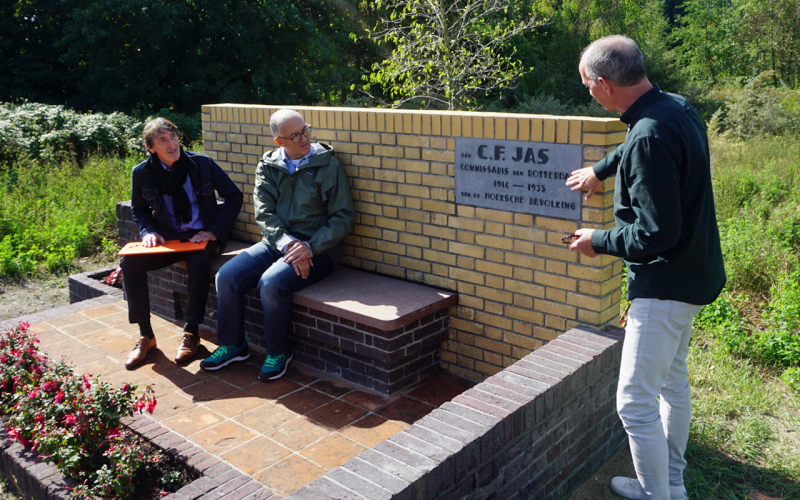 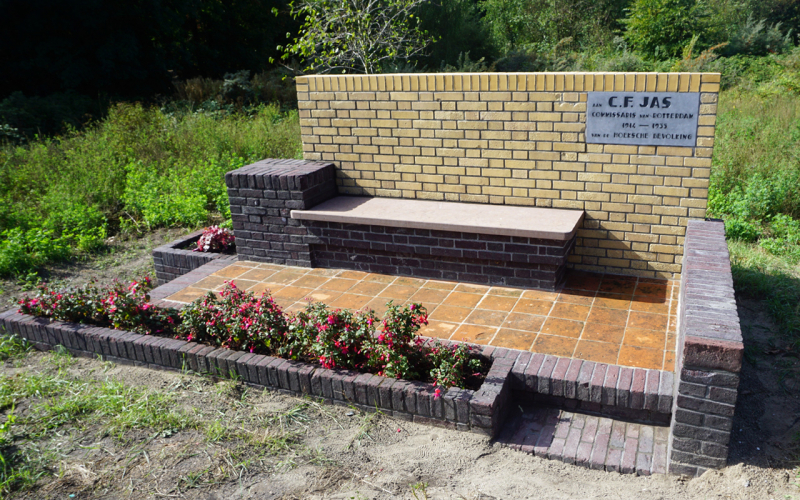 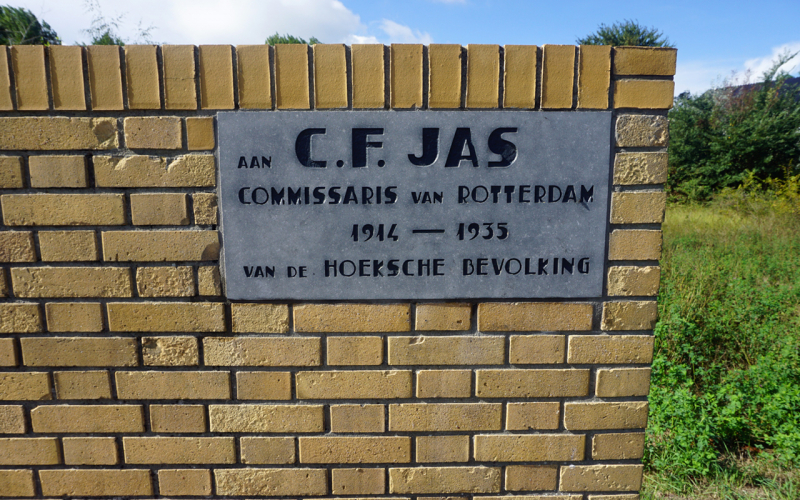 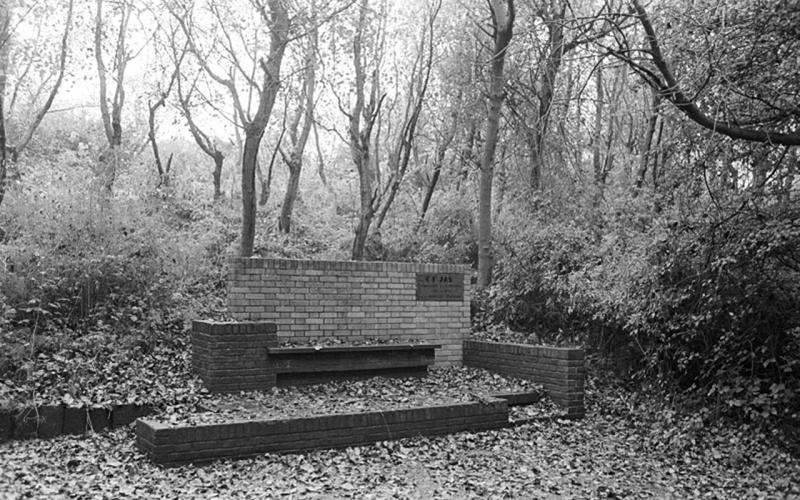 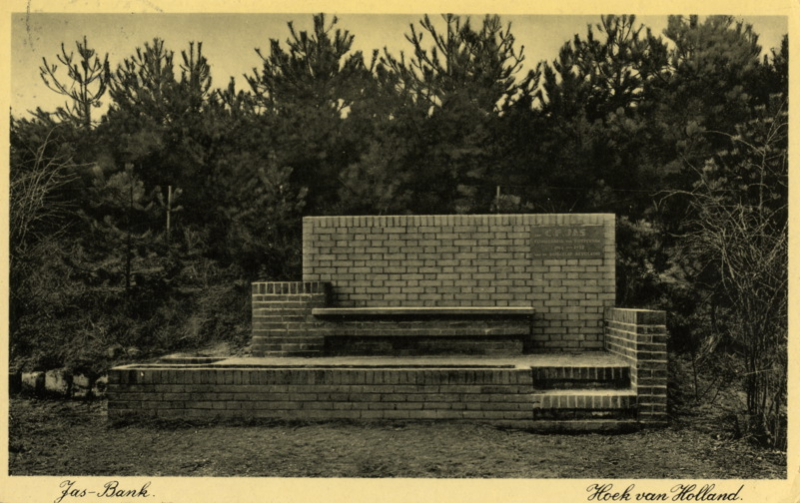 On the Schelpweg in Hoek van Holland stands a monument of international allure, the coat bench. The brick monument was designed by architect GW Baas in honor of the legendary Commissioner Jas. Cornelis François Jas (1875-1968) was one of the most important public figures in the history of Hoek van Holland. From 1914 to 1935 he held the position of commissioner of the mayor of Rotterdam, a special official charged with the implementation of laws, general administrative orders and ordinances on behalf of the mayor. From the moment of his appointment, Jas has taken care of the construction of streets, sewers, water pipes and public lighting; things that were not present until then. He also had new homes built, created employment through the construction of a walking and recreational area and became chairman of the beach committee. Jas was very popular among the people of Hoek, but over the years there was also more criticism. In 1935 Jas was sent into early retirement as a result of 'austerity measures'. On his farewell, he was offered this stone monument on behalf of the Hoekse population, the so-called coat bench. The bench consists of a number of surfaces: a masonry wall of yellow extruded bricks with a memorial stone in the top right corner, a floor with red tiles and two side walls of blue-purple plinth clinkers. The sofa itself has been given a floating aspect by Baas by letting the seat protrude slightly. The vertical and horizontal interplay of lines refers directly to the modern building of the New Objectivity, especially in composition and color scheme. In 2006, due to repeated vandalism, the monument was moved to the edge of the Hoekse Bosjes, with the memorial plaque at the front being damaged. At the initiative of artist Frank Dam, designer André van Dijk reconstructed the original text plaque. This is characterized by a special typography inspired by the style of the Amsterdam School, from which the stonemason/typographer of the time took over some existing forms and constructed the rest according to his own insight. Commissioned by BKOR and in collaboration with Stadsbeheer, Dam took on further restoration work from the coat bench on. In honor of this he produced the jacket newspaper, in which all information about Jas and the coat bench can be read.

Gerrit Willem Baas (Rotterdam, 1897-1977) was a Dutch architect. From 1924 to 1932 he worked at the architectural firm Brinkman & Van der Vlugt. They were the pioneers of Nieuwe Bouwen, who designed the Van Nelle Factory and the Feyenoord Stadium, among other things. Due to the economic crisis in 1932, Baas was fired by Brinkman & Van der Vlugt and started his own office as an architect in Hoek van Holland, where he created at least three houses. In 1938, Baas designed Villa Chabot on the Museum Park, where the Chabot Museum is now located. He left the construction work to Leonard Stokla (1893-1983), because Baas was appointed construction coordinator of the Kröller-Müller Museum. Baas's architecture fitted seamlessly with the designs he was used to making at Brinkman & Van der Vlugt, namely compositions of rectangular, austere block shapes with a functional, functional floor plan layout and window placement. Everything completely in the style of the Nieuwe Bouwen.