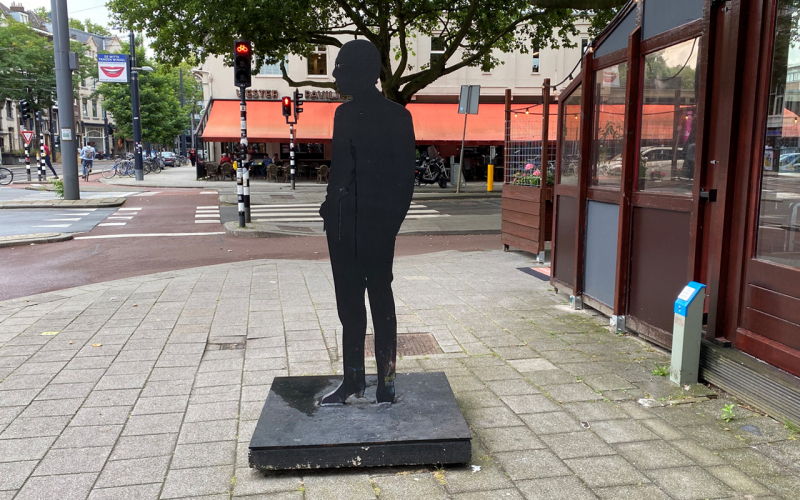 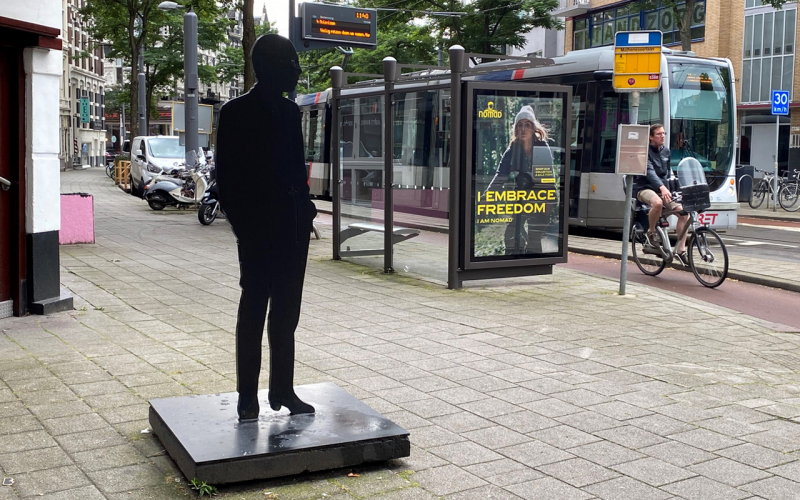 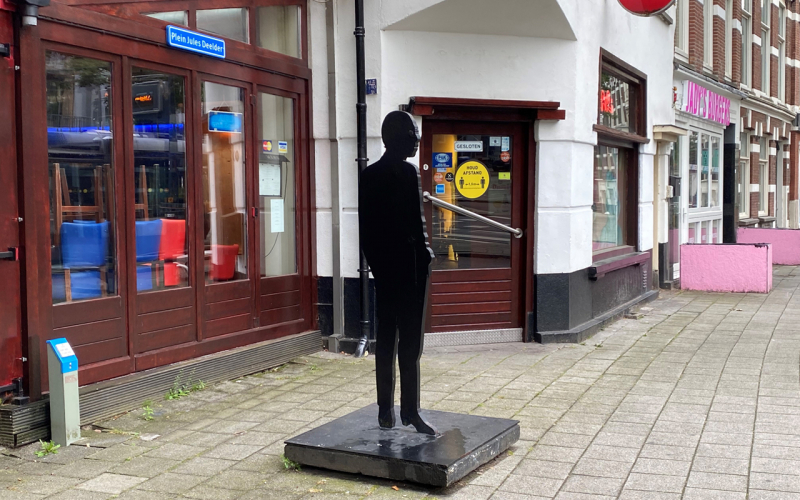 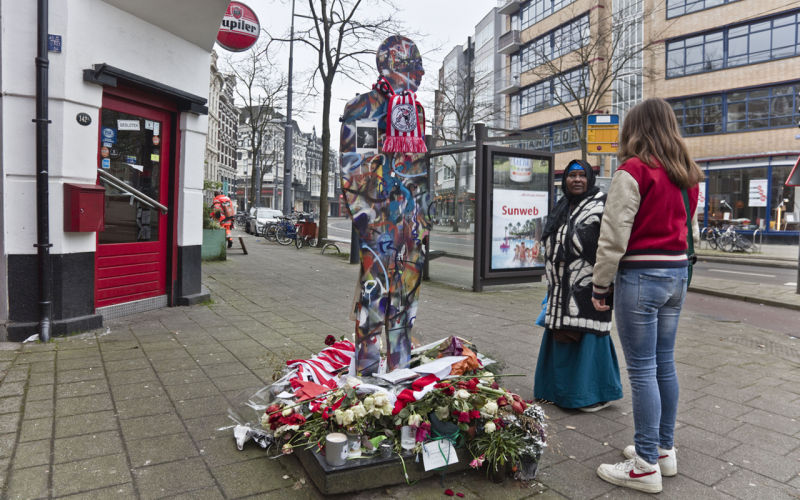 On November 24, 2014, Jules Deelder (1944-2019) celebrated his seventieth birthday. On this day, a statue of him was unveiled next to Café Ari, the poet's favorite pub and near the house where he lived for a long time. The statue was placed on the initiative of photographer Lenny Oosterwijk, art producer Jeroen Everaert and artist Hans Kleinjan to add luster to his special birthday. The image is a black steel silhouette after a profile photo of Deelder made by Lenny Oosterwijk. The silhouette was colored in 2016 by Kleinjan, but after the death of Deelder, the work was repainted black in early 2020.

Lenny Oosterwijk (1969) is a Rotterdam photographer, director and art director. He has owned Galerie Untitled since 2011. Oosterwijk is best known for his portraits of musicians, artists, actors, politicians and writers. These photos are often intimate, confrontational and straightforward. He is the winner of the Silver Camera 2015.