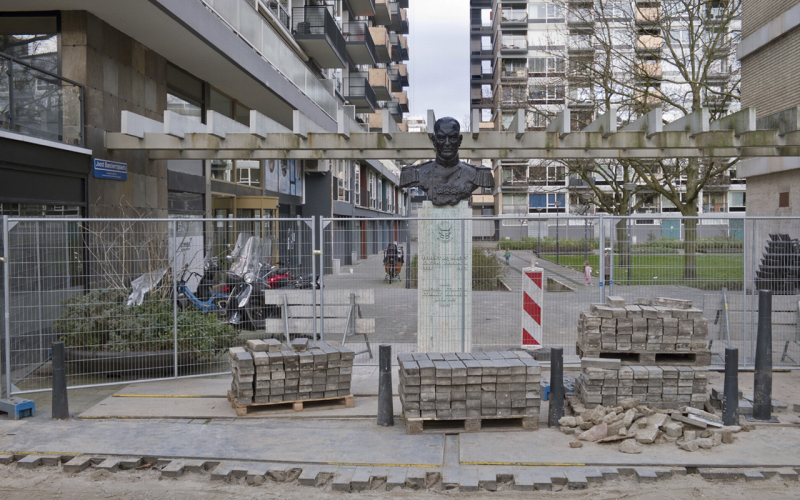 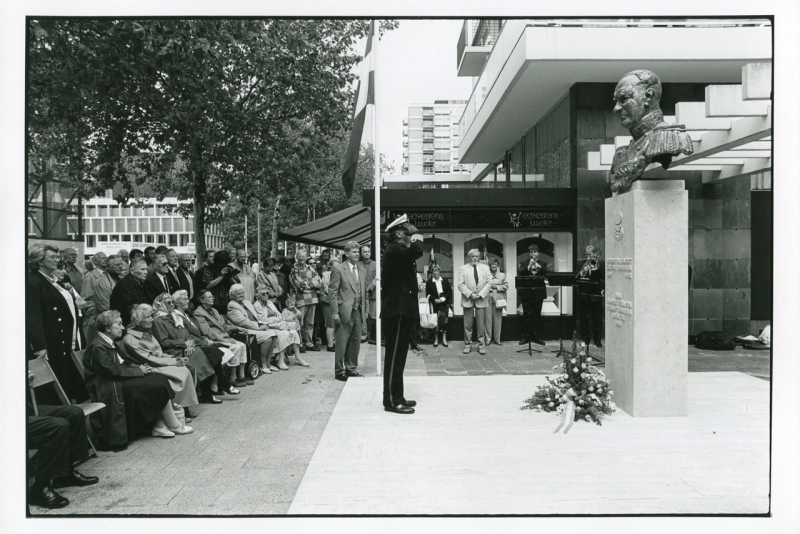 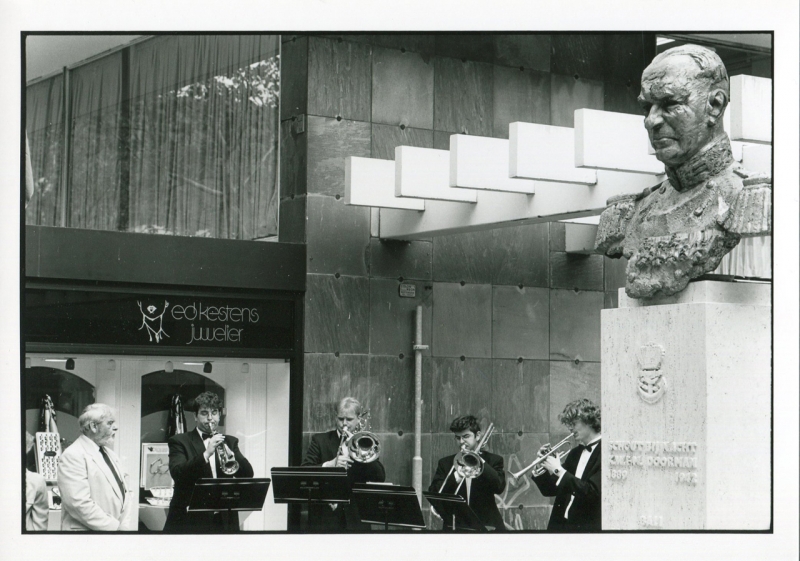 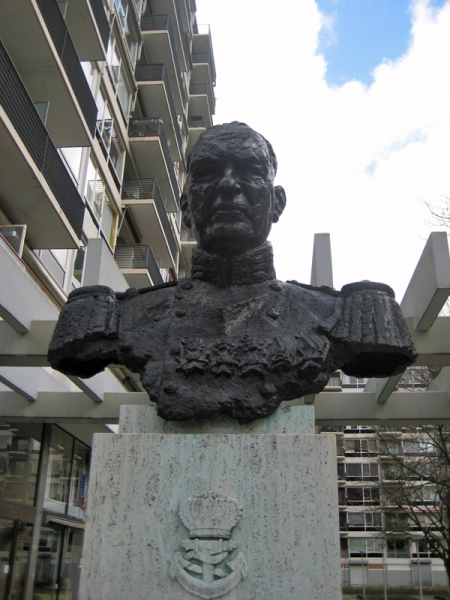 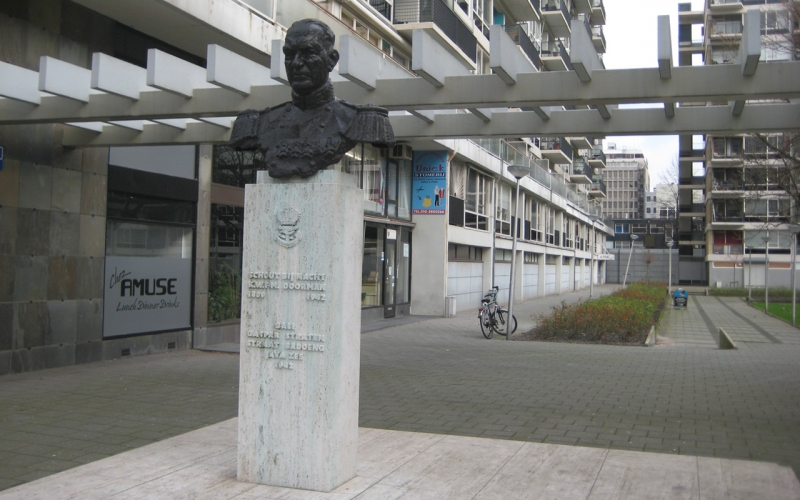 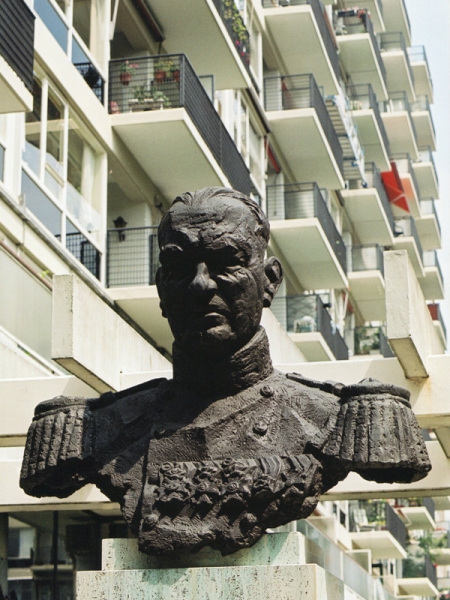 Not really logical, an image for Karel Doorman (1889 - 1942) in Rotterdam, because this rear admiral has had few direct relations with Rotterdam. This Utrecht resident achieved fame in the homeland through his death in the battle on the Java Sea. He led the Dutch fleet there and managed to delay the Japanese invasion for 24 hours. When the English naval unit visited Rotterdam in 1945, it was decided to place a plaster bust of Doorman in the city for this occasion. Shortly afterwards it was purposefully destroyed in view of the text found: “If you want to honor your sailors, try not to blame the artist”. In 1949, the municipality named a street after him to honor the naval hero. In 1959, the Winkeliersvereniging commissioned sculptor Willem Verbon to design a definitive bronze bust for this street. It became a classic bust, showing Doorman in uniform with all medals and ranks on it. Among other things, the text appeared on the pedestal Invia virtuti, nulla est via (No road is impassable for courage). Doorman is known for the phrase “I attack, follow me”, which he called out shortly before his death. In reality, the order was: 'all ships follow me', an attempt to restore order in his now severely damaged fleet. Doorman went on February 27, 1942 with the flagship cruiser Hr. Ms. De Ruyter, down. The bronze statue on a travertine plinth was unveiled by his son TWR Doorman in the presence of his widow and numerous dignitaries.