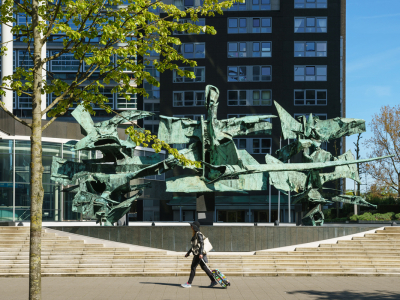 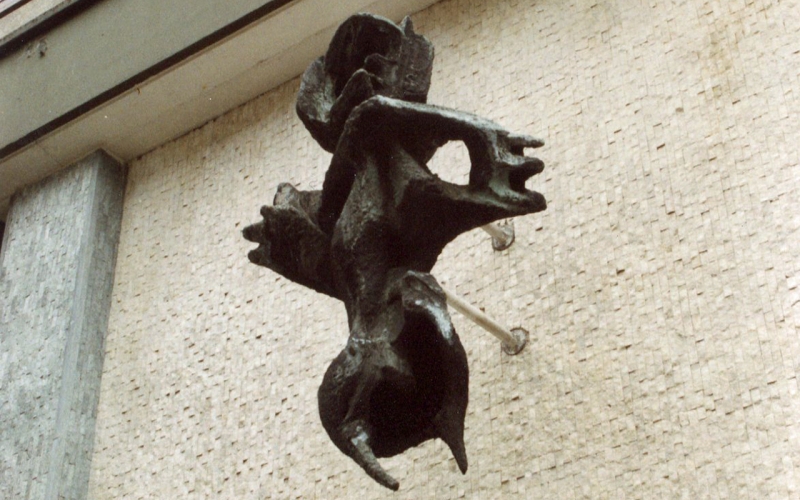 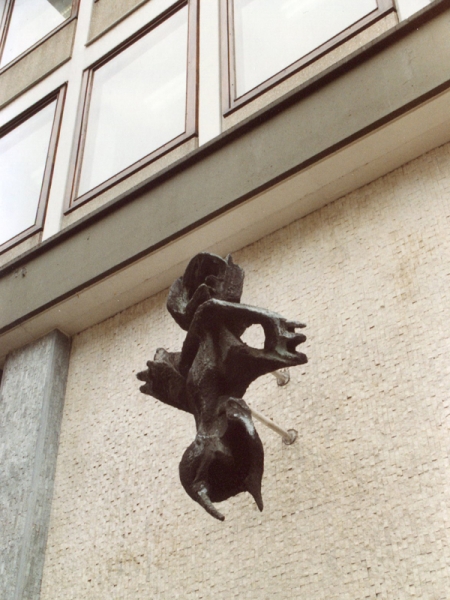 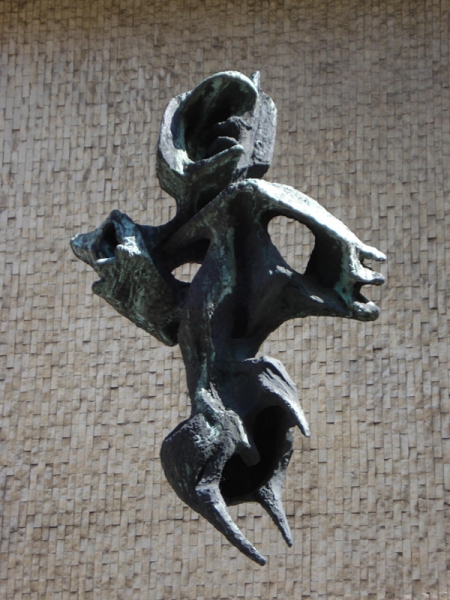 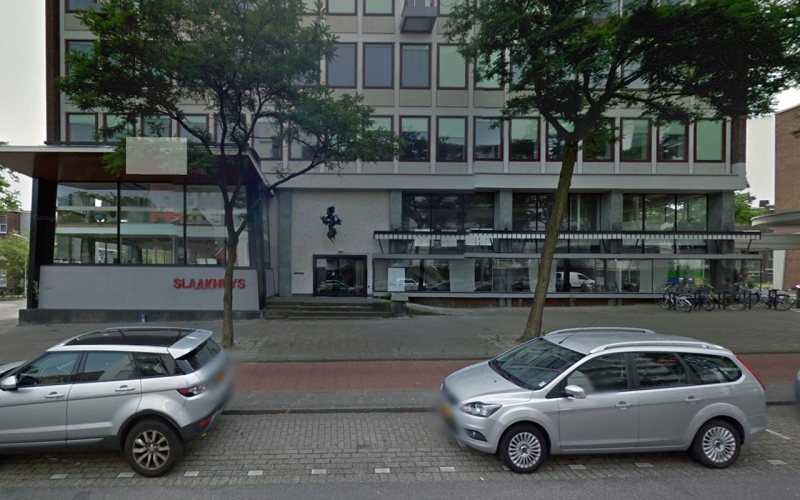 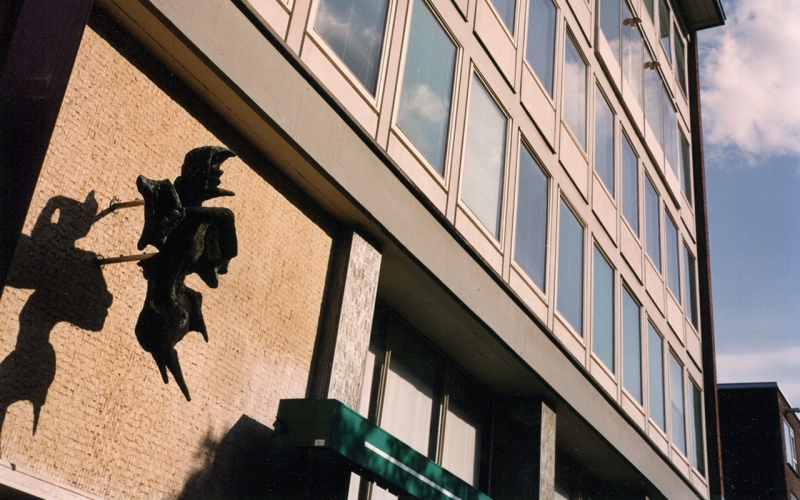 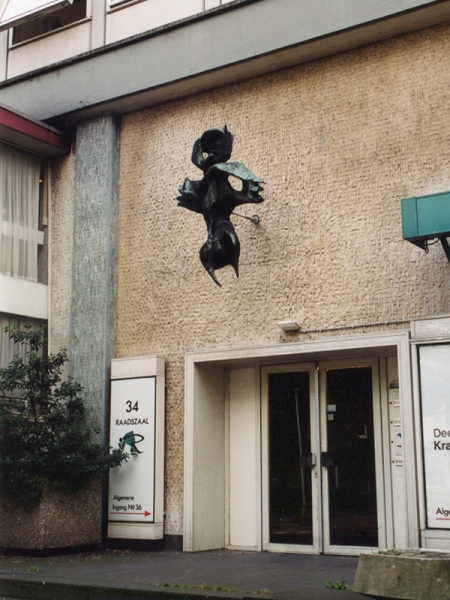 This bronze sculpture on the facade of the Slaakhuys was made by the Prix de Rome winner Wessel Couzijn, an important Dutch artist. Previously, publishing house De Arbeiderspers was located here and this was the office of the newspaper Het Vrije Volk. The Slaakhuys was built between 1952 and 1954 and was designed by government architect Jo Vegter. This bronze plastic with the title Courier, can be seen as 'a courier in a flying hurry, symbol of the news distributor'. It was a gift from the departments of the Labor Party, the NVV, the Women's Unions, the VARA and other cultural organizations of the socialist movement in South Holland, as well as the staff, delivery staff and agents of Het Free People. On June 6, 1959 it was unveiled by Mr. JM van Poelje. In 1976 Het Vrije Volk moved to the center. The building was then used by the Kralingen district for several years, and was then squatted. The building has had a residential and retail function since 2018.

Wessel Couzijn (Amsterdam, 1912 - Haarlem, 1984) was educated at the National Academy of Visual Arts in Amsterdam, where he was taught by Prof. Jan Bronner. Shortly after graduating in 1936, he won the Prix de Rome. In 1940 he fled to New York. In the XNUMXs he became known nationally and internationally. Two sculptures by his hand can be found in Rotterdam, namely Corporate Entity to the Weena and the work Courier on the case of the Slaakhuys near Oostplein.