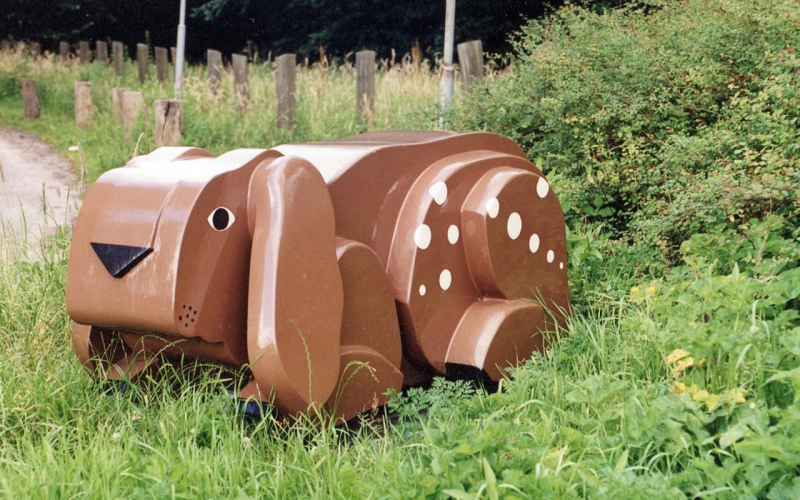 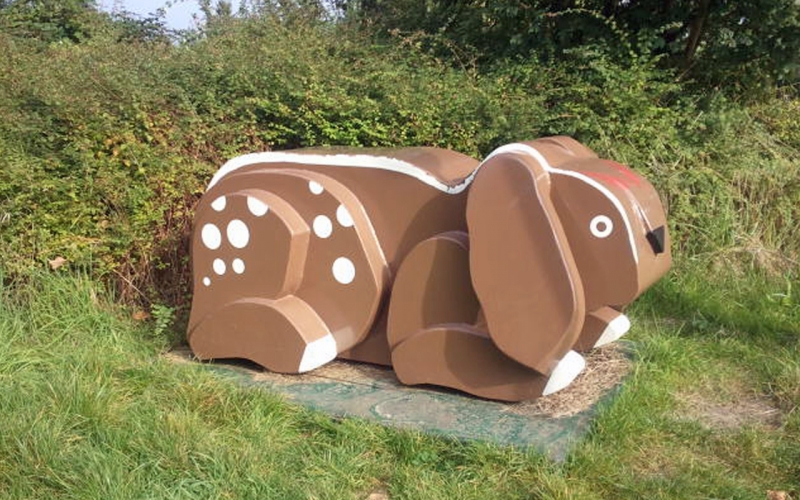 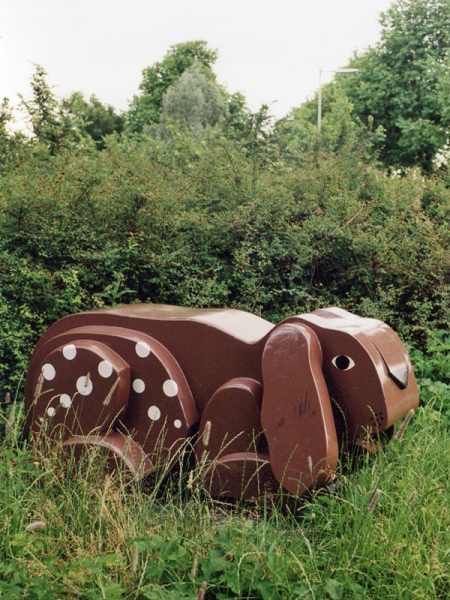 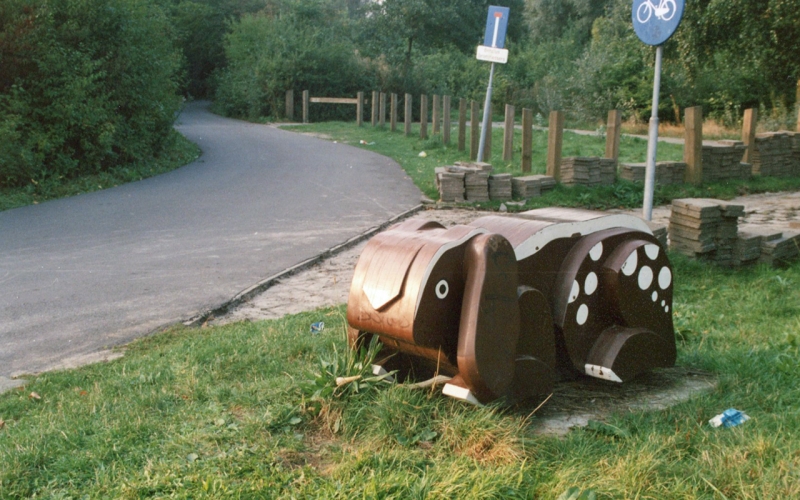 Artist Ingrid Kruit was commissioned in the early 1980s to make play objects for three children's farms in Rotterdam. For this children's farm, De Kooi in Lombardijen, she made a brown wooden rabbit, which was placed in the lawn next to the access path in 1983. This rabbit is a clearly striking and cheerful element and is fun for children to climb on. It is low enough to be used as a playground device. The wooden rabbit has been replaced by a metal variant with a coating, so that the rabbit is more resistant to the weather.

Ingrid Kruit (Rotterdam, 1943) presented herself as a monumental artist, sculptor, glass painter and draftsman. She studied at the Academy of Visual Arts in Rotterdam. Kruit has worked several times for the municipality of Rotterdam. In a letter from 1974 she mentions 46 assignments, of which more than XNUMX in Rotterdam and most of them assignments for schools. She worked in various techniques. For various kindergartens she made cheerful murals with animals or more Cobra-like figures. Later in the XNUMXs her designs become more environmental art and she also makes designs for schoolyards. Kruit made a play object for three children's farms, namely a goose, rabbit and chicken.