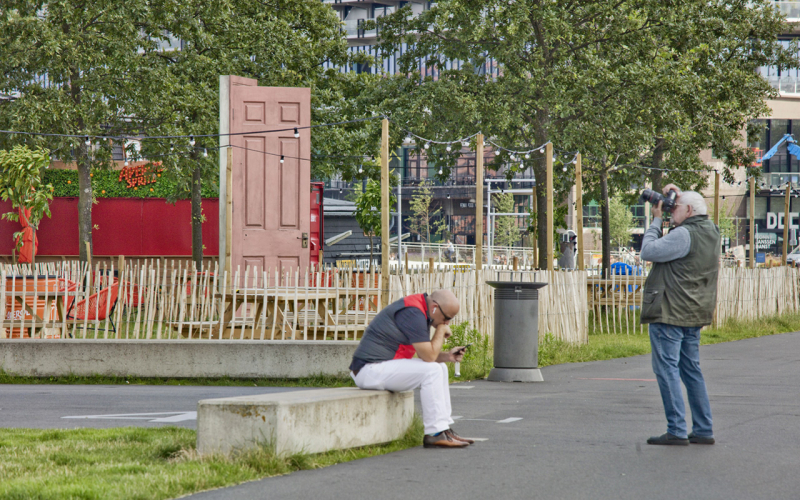 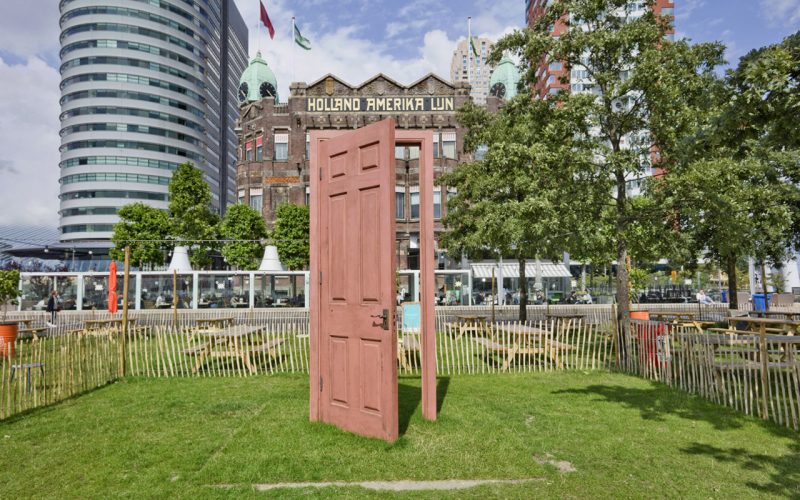 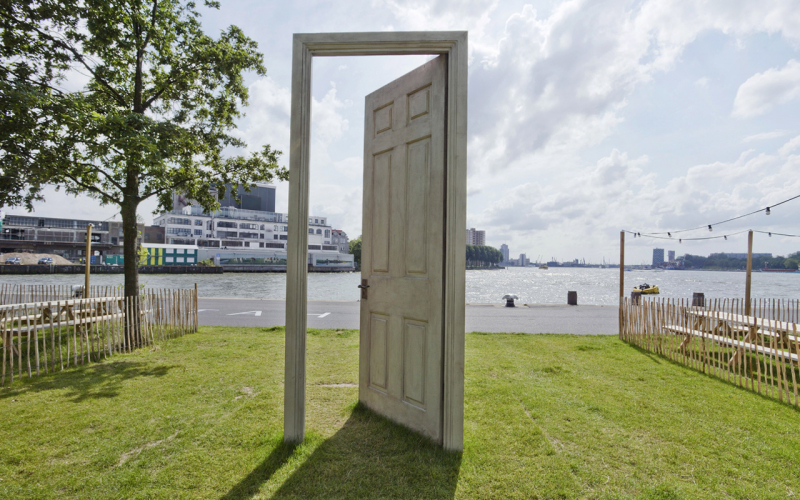 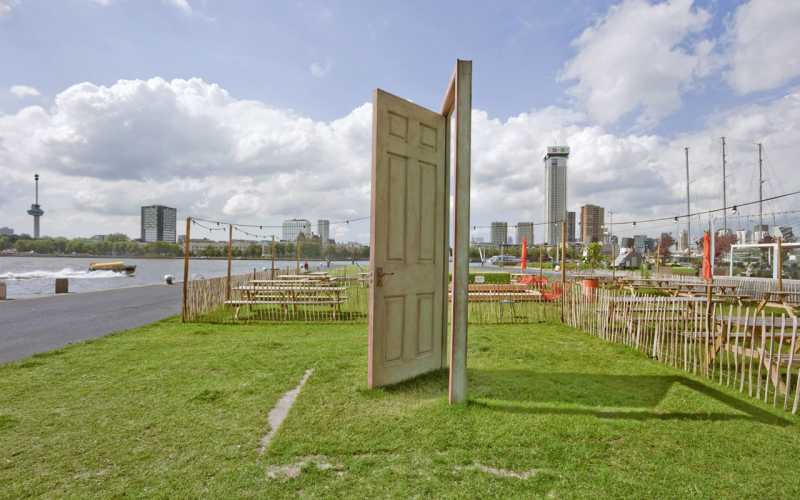 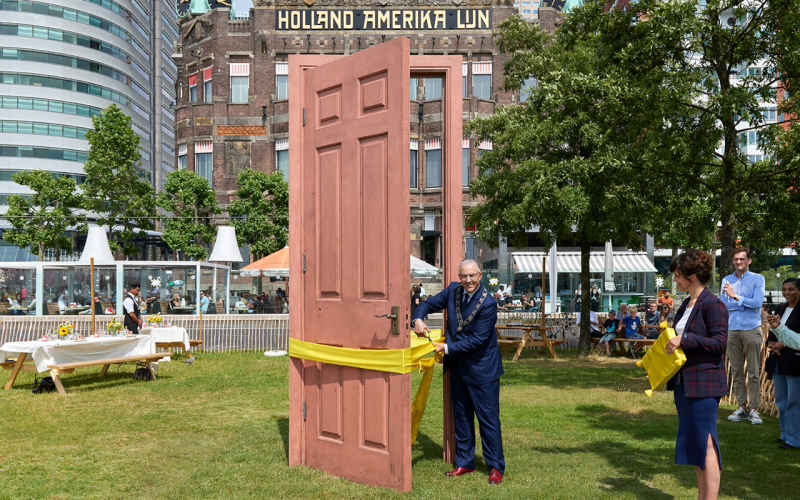 On 20 June 2021, World Refugee Day, Mayor Aboutaleb unveiled a new work of art by British artist Gavin Turk at the head of the Wilhelminapier. The artwork is a more than 3,5 meters high open door of green and red painted bronze. The door has a door handle and keyhole, also cast in bronze. L'Âge d'Or, as the work of art is called, is directly opposite the future FENIX Land Mover Museum, which is giving the statue to the municipality of Rotterdam on a long-term loan. The head of the Wilhelminapier is a suitable location, because in the 19th and 20th centuries more than three million emigrants left the Rotterdam quays to the other side of the world. They departed from Rotterdam from all over Europe and started a new life. L'Âge d'Or symbolizes hopes, dreams and opportunities as a door that is always open. A door without a building, but as a symbolic transition between two imaginary worlds, an old and a new one. L'Âge d'Or is the sixth in a unique series of eight works of art, in which all doors have a different colour, shape and handle. The door is reminiscent of the painting Victory by Rene Margritte. The title L'Âge d'Or (Golden Age) is a reference to the surrealist film of the same name by Luis Bunuel.

British artist Gavin Turk (Guildford, UK, 1967) studied at the Chelsea School of Art and Royal College of Art, both in London. With Tracey Emin and Damien Hirst, among others, Turk is counted among the Young British Artists. He elevates the everyday to art and plays with the context of the objects he presents. Turkish installations are about authorship, authenticity and identity. His work is collected and exhibited by many major museums and galleries around the world. Gavin Turk lives and works in London.