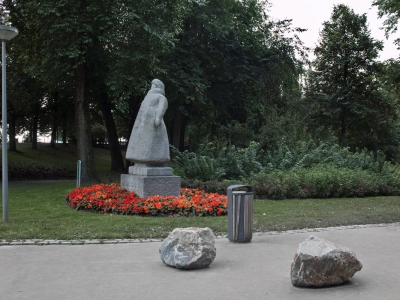 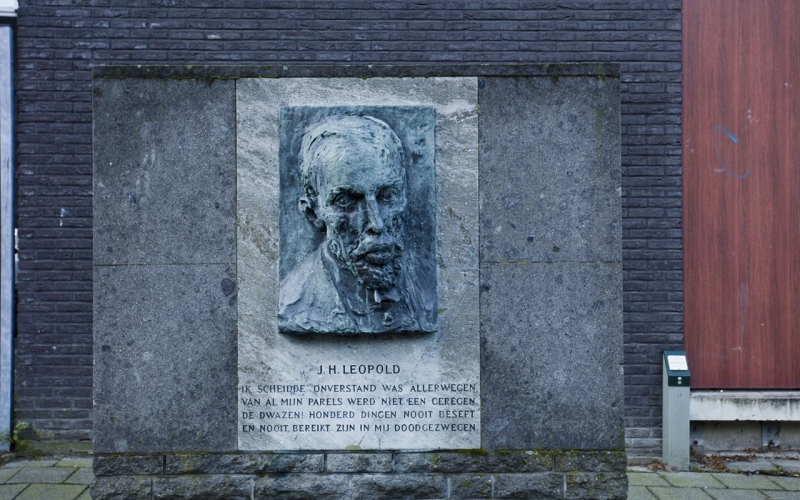 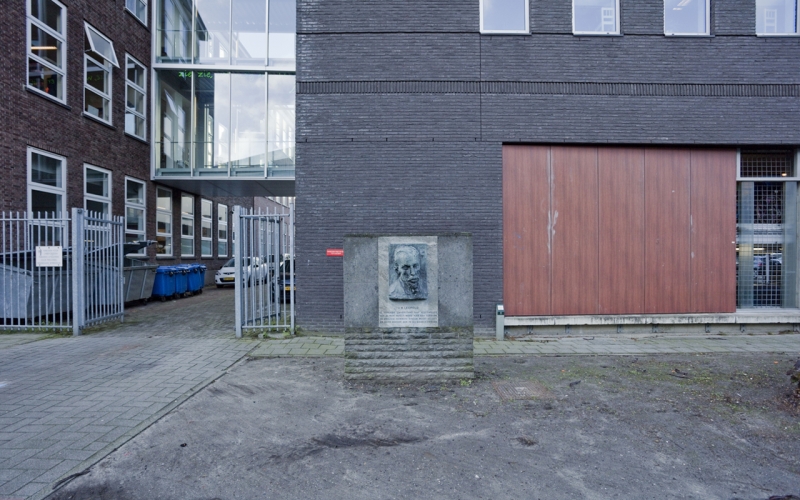 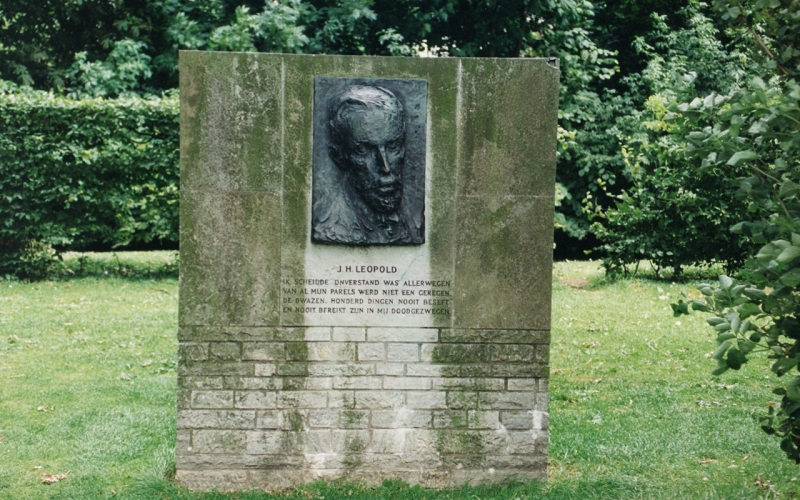 Jan Hendrik Leopold (1865 - 1925) is considered one of the most important Dutch poets and influenced many generations of colleagues. Leopold was born in 's-Hertogenbosch, studied classical languages ​​in Leiden and settled in Rotterdam in 1892, where he taught for over thirty years at the Erasmiaans Gymnasium (located at the Coolsingel at the time). Although the atmosphere in the then explosively growing Rotterdam is difficult to reconcile with the withdrawn attitude to life that is expressed in Leopold's poems, he must have felt at home there. At a later age, Leopold became hard of hearing and he cut himself off more and more from his friends and students. He was fired towards the end of his life. He died of pleurisy in solitude. In memory of the poet, a portrait relief of Charlotte van Pallandt, an important Dutch sculptor, was unveiled on his 1965th birthday in XNUMX. Leopold's headline contains his name and a quatrain from the cycle of poems Uit de Rubaijat: “I divorced; foolishness was everywhere, not one of all my pearls was strung. The fools! A hundred things never realized and never achieved are silenced in me."

Charlotte van Pallandt (Arnhem, 1898 - Noordwijk, 1997) was a well-traveled artist who saw much of Europe in the Interbellum. Together with, for example, Mari Andriesse and Kees Verwey, she is one of the classic Dutch artists of the last century. Known are her portraits of Juliana and her image of Wilhelmina. As a baroness, Van Pallandt was able to get close to the highest circles. Influences of Constructivism and Cubism can be found in her work, but above all she developed an expressionist style in which she continued to work at an early age, even when other 'isms' succeeded each other. By continuing to concentrate on that one style, she is not an innovator, but a virtuoso. Her work revolves around lines, shapes, light and dark, and the expression of attitude and character - combinations of figurative and abstract expression. “The striking of a character is perhaps the essence of her artistry,” says Van Embden in one of the many publications about Van Pallandt ('Wilhelmina Monumentaal', 1987).