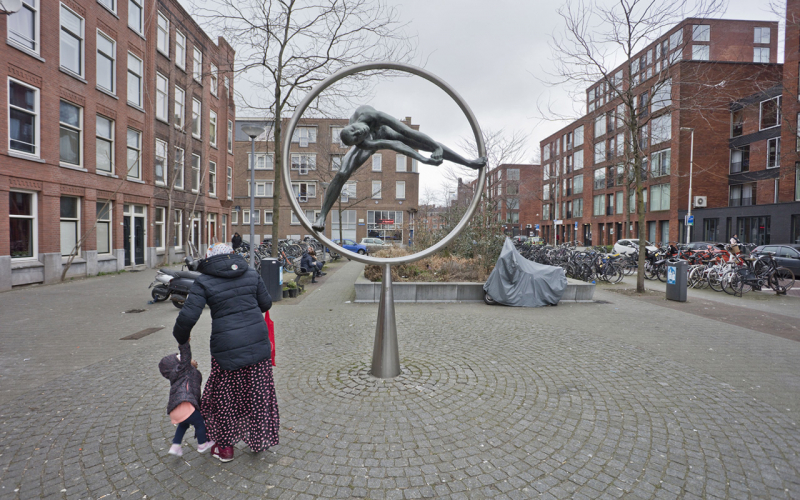 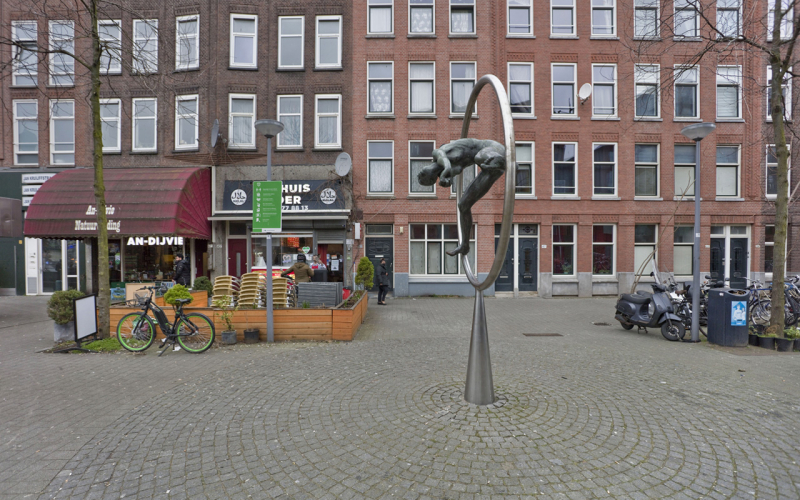 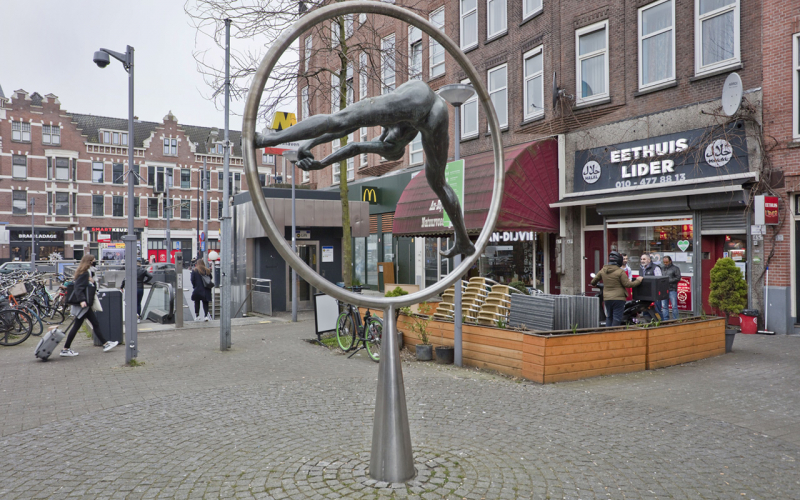 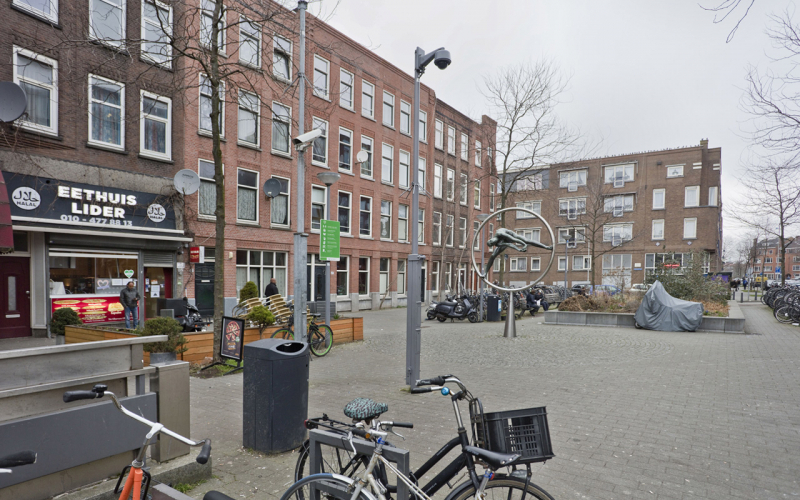 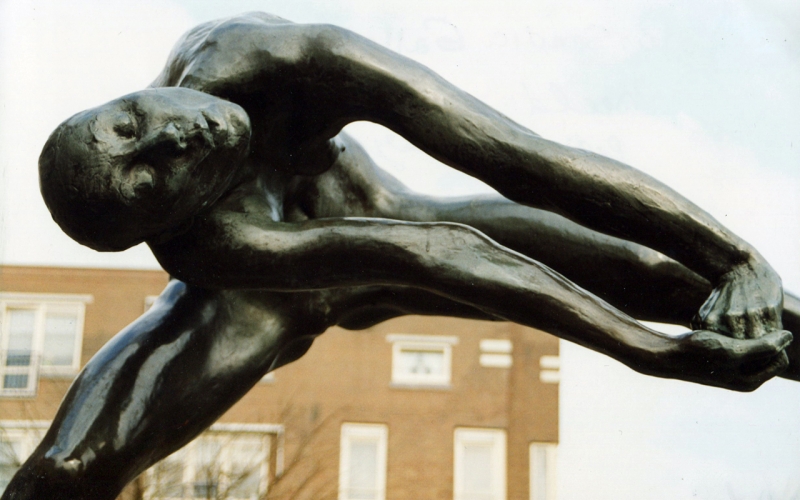 At the end of the 1980s, 37 artists applied for the creation of a work of art at the entrance to the Delfshaven metro station, but the committee only gave one sketch assignment, the design of which was approved. Sculptor Eddy Roos designed a bronze statue of a dancer for this square, standing in a stainless steel ring. In his studio he worked for a long time with a model for this image and then he executed this design in full size himself. Before it was placed in Delfshaven, the sculpture occupied an important place in a five-room exhibition of Roos' work in the Singer Museum in Laren. Roos often drew inspiration for his bronze human figures from choreographies of modern dance, such as this one Air dancer good to see. Since 1988 it has been on the square at the metro entrances.

The sculptor Eddy Roos (Amsterdam, 1949), who lives in Groningen, followed an artist education in Amsterdam and then a theater education. This combination also characterizes his oeuvre as a sculptor. He is influenced by Maillol, Brancusi and Giacometti. They were the ones who investigated the sculptural through deformation or simplification of form. He wanted to develop his own formal language, fueled by the emotionality of the phenomenon of dance, under the influence of Pina Bausch and others. In the time he did the sculpture Air dancer makes, he also exhibits in the Singer Museum in Laren and receives a favorable review in NRC Handelsblad. Magazine 'Kunstbeeld' devotes an article to his 'sensuality and abstraction'.