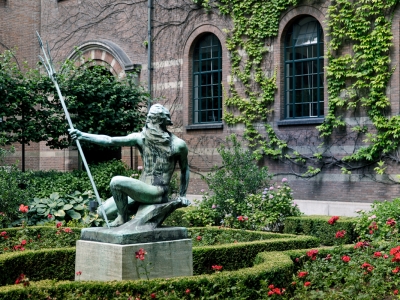 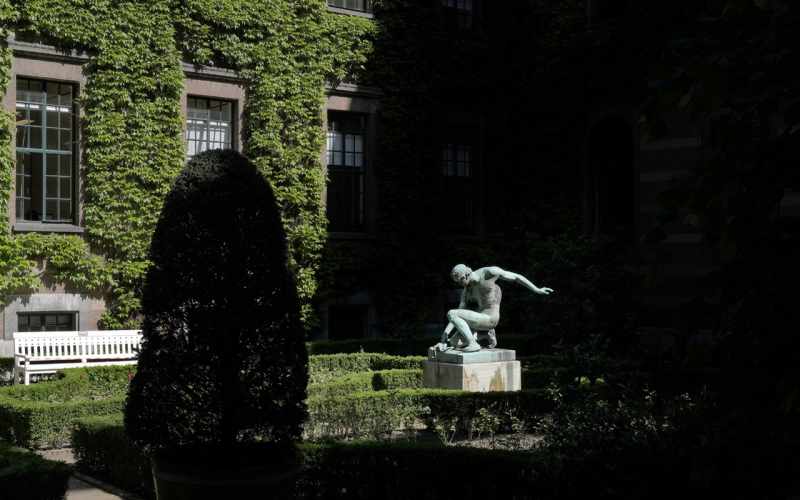 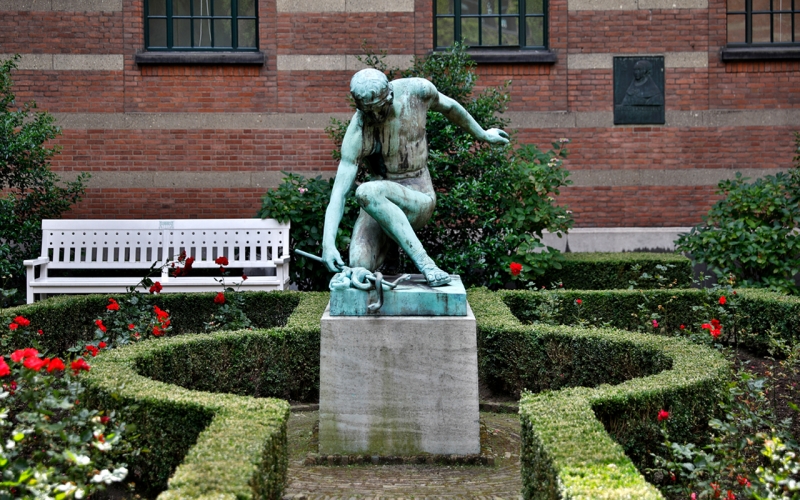 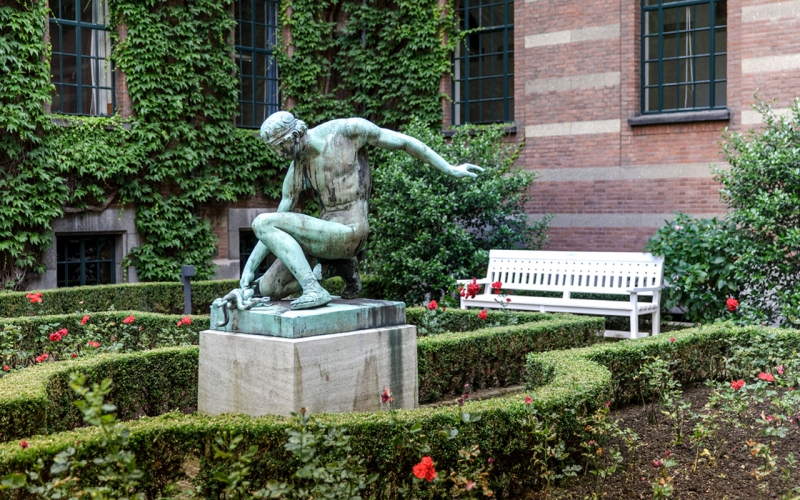 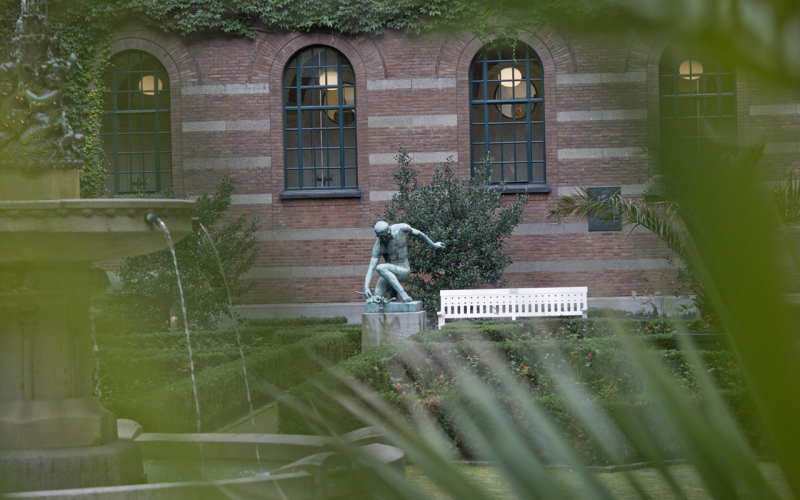 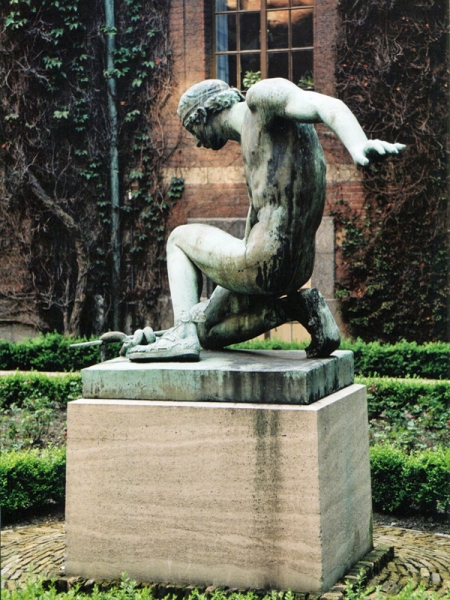 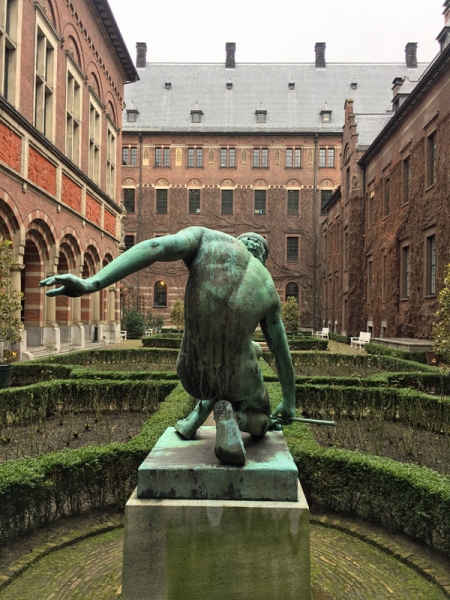 The town hall on Coolsingel was built between 1914 and 1920 to a design by Prof. Dr. Henri Evers. On the occasion of the official inauguration of the town hall in 1920, three monuments were given a place in the inner garden, including this statue of Mercury. It is a squat figure with a caduceus in its right hand: a staff, around which two snakes are wound. This symbolizes peace, protection and healing and had to allow the courier or negotiator unhindered passage. In Roman mythology he is the god of trade, travelers and profit. The caduceus (staff) symbolizes peace, protection and healing and had to give the courier or negotiator unhindered passage. This work and the image of Neptune on the other side of the garden belong together: mythological figures had a standing that befits the town hall and academy art. Both bronzes were created by sculptor Bon Ingen Housz and thrive very well in the town hall garden, which was renovated in 1997. They are set in geometrically arranged hedges, on either side of the third monument; a bluestone fountain with a bronze children's group made by Simon Miedema. This image of Mercury resembles the version with which Ingen Housz won the Prix de Rome in 1908. Click here to take a virtual tour of the town hall and garden.