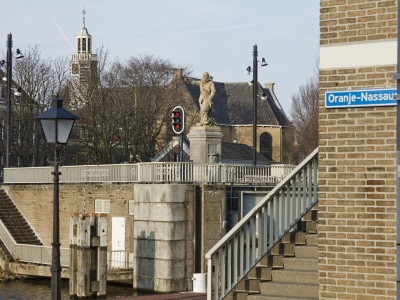 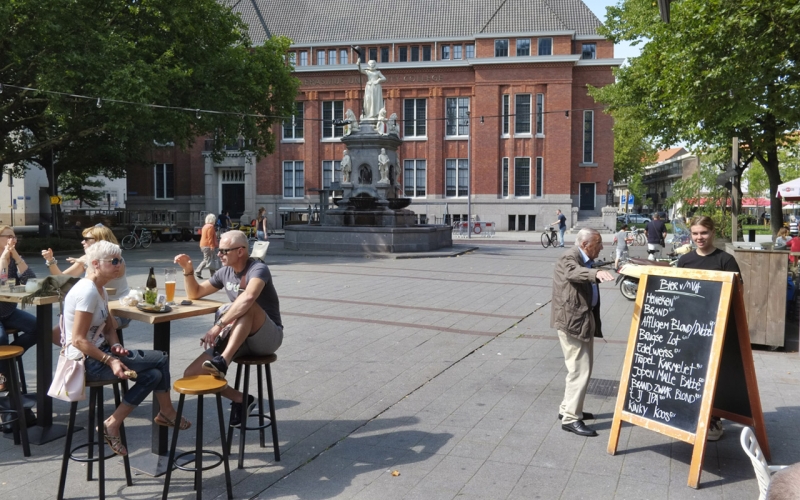 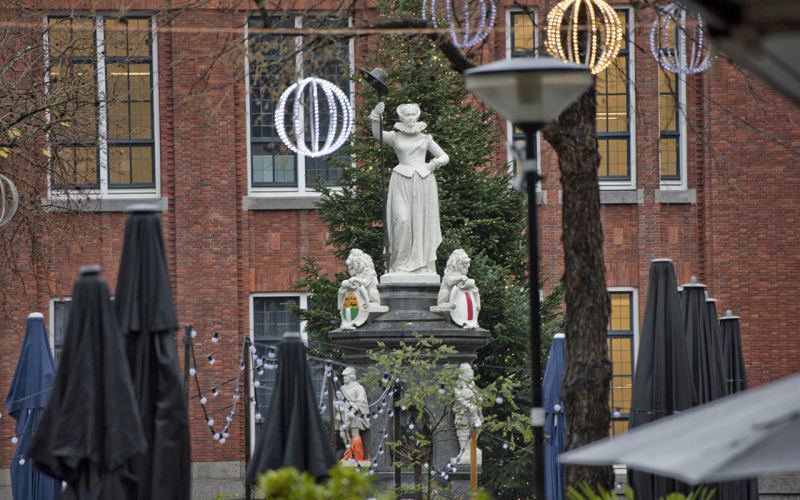 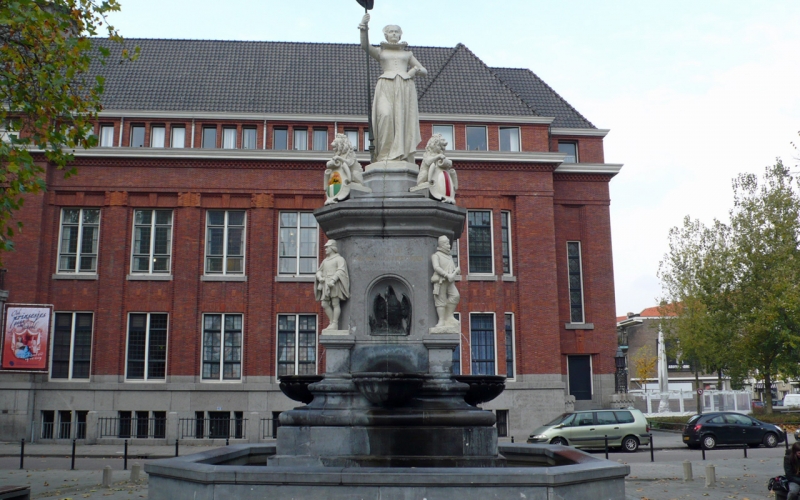 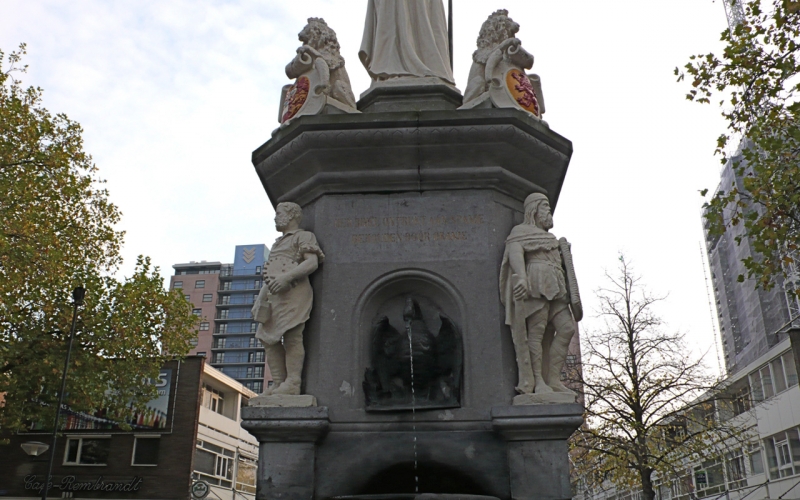 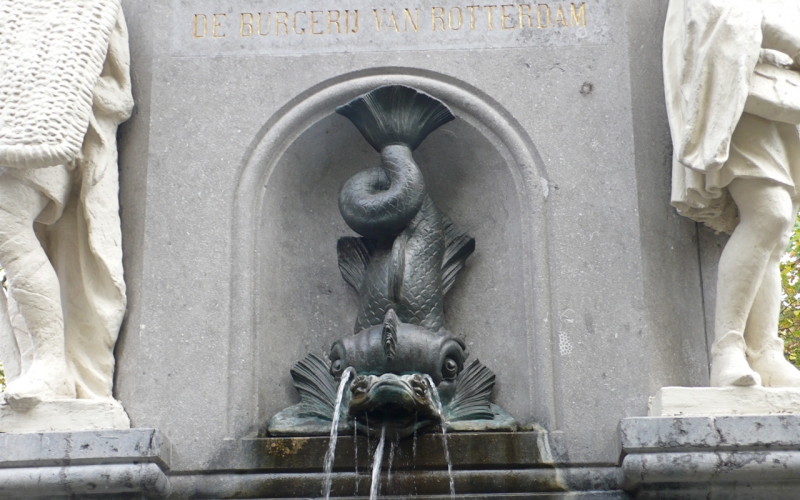 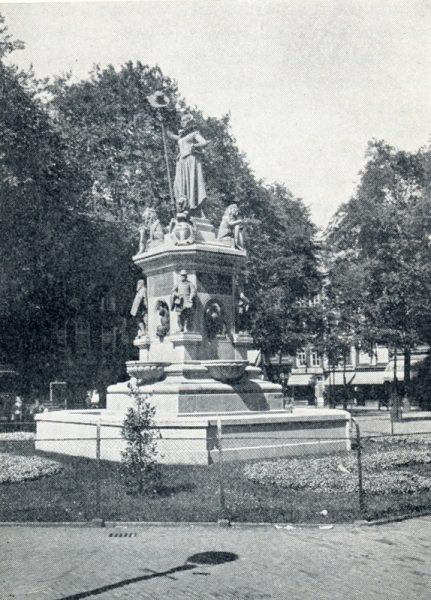 For Dutch standards this is a special statue made by sculptor Joseph Graven. Monument 1872 was unveiled on October 22, 1874 and was intended to serve as the centerpiece of the lavish annual April 1 celebrations. On April 1, 1872, three hundred years after the liberation and capture of Den Briel by the Watergeuzen, the Rotterdammers celebrated a big party with a parade. Not to be forgotten at this party Monument 1872 established. It recounts this revolt against the Spaniards, making it a kind of national monument. At the top, in the middle, is the City Virgin of natural stone, holding a spear with a freedom hat. At her feet on the four corners are small lions, each holding a coat of arms, with the arms of Rotterdam and Brielle in front, and behind them the arms of William of Orange and Holland. On the lowest level are four historical figures from the procession of April 1, 1872. To the left is a medieval burgher with a license and to the right a Watergeus as a reference to 1572. To the right of this a craftsman with hammer and cogwheel, as a symbol of industry. And also a Batavier with a club. Two swans and two fish spew jets of water into shell-shaped catch basins, which overflow into the fountain basin. “Den Briel snatched from Spain, kept for Orange” says one of the inscriptions. Monument 1872 belongs to the identity of the city, just like the Wilhelmina fountain and the Sculpture monument on the Noordereiland. Monument 1872 knows many nicknames, such as it Statue of Liberty, The Virgin of Holland en Kate Mossel.

Joseph Graven ('s-Hertogenbosch, 1836 - Rotterdam, 1877) was a Dutch sculptor. He worked successively in Munich, 's-Hertogenbosch (1863 - 1875) and Rotterdam. He made sculptures for St. John's Cathedral in Den Bosch and wooden statues for Hilversum's St. Vitus Church. For the Piet Heynsplein in Rotterdam, he made a statue of the naval hero Piet Heyn, which was unveiled by King Willem III on October 17, 1870. The statue is now a national monument.