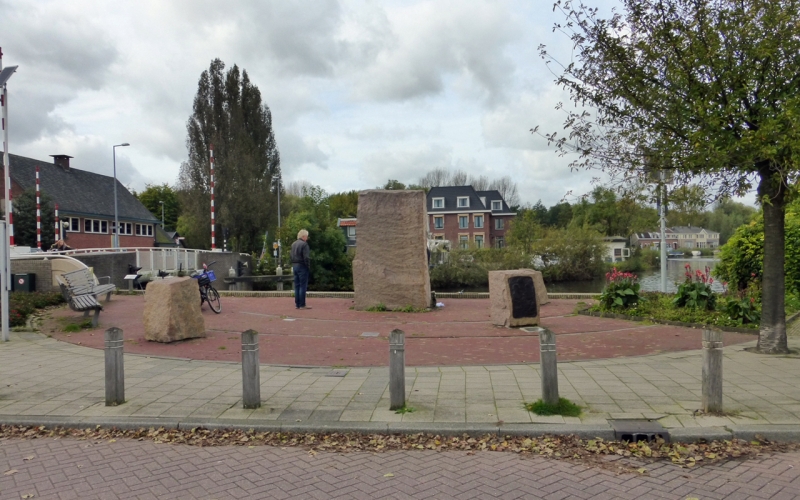 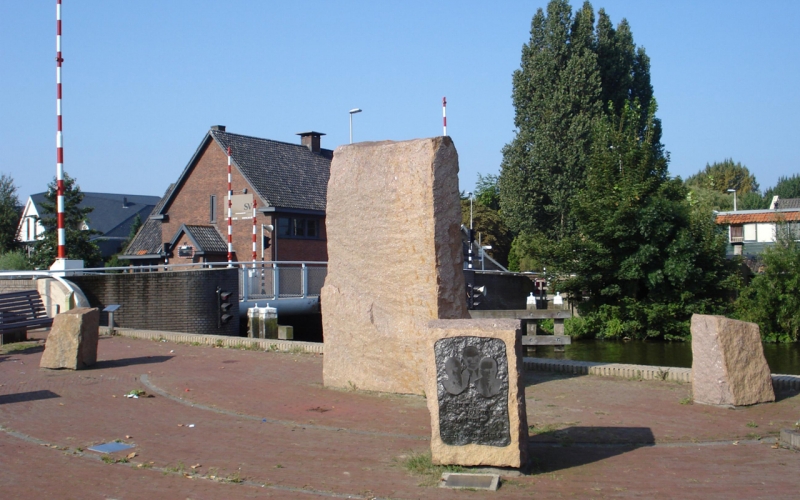 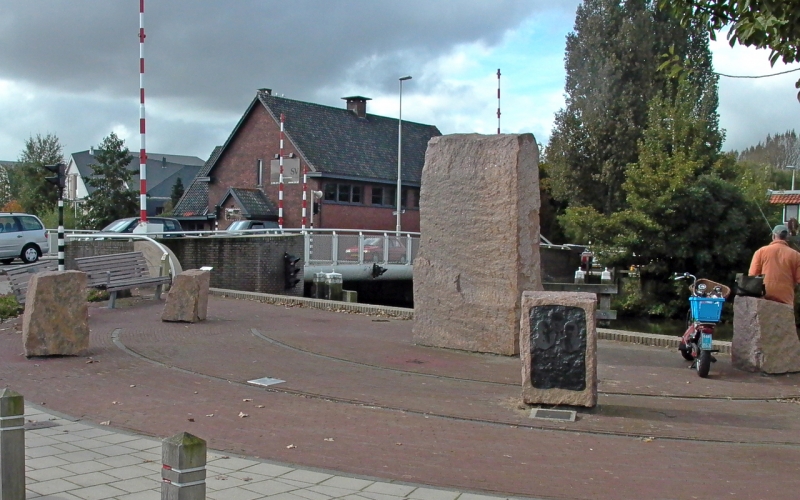 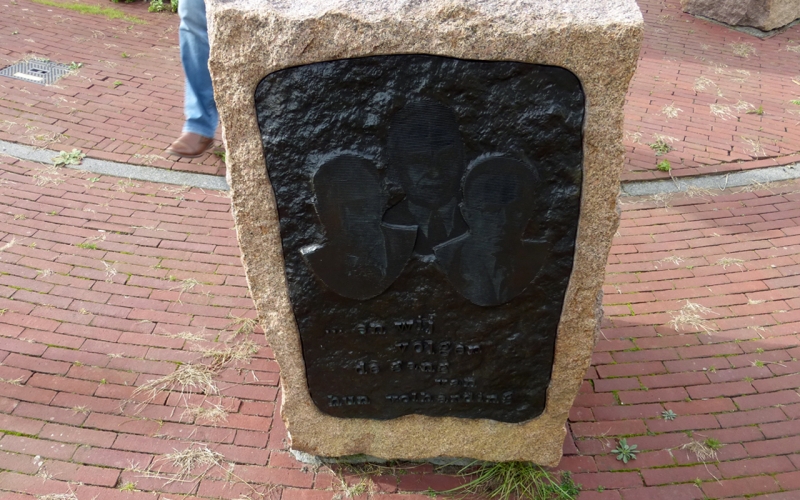 A memorial stall was installed in a school building in Terbregge with the image of two resistance heroes from Terbregge. The school and the window were destroyed by fire. In 1999, the Terbregges Belang residents organization asked CBK Rotterdam to contribute their thoughts on a new memorial to two killed members of the resistance and someone who survived the concentration camp. A designated place for this was a former square for buses on the water near the Irenebrug. It Resistance monument for Terbregge consists of five stones from a quarry in Sweden. The symbolism of the monument lies in the fact that footprints have been cut into the large stone, the prints of people who have left their mark in Terbregge. Hans Leutscher has applied a bronze plaque to one of the four stones with the portraits of the resistance fighters NJ van der Valk, A. van den Bos and D. van der Kooij. To remember unknown heroes there are three blank stones. Association Terbregges Belang took the initiative to have a memorial monument designed. The location, the former bus square, was adjusted by the former Town Planning and Housing Department. The monument offers the opportunity to commemorate the horrors of the war and the role of the three resistance fighters. The monument also serves as a place for reflection on senseless violence. The monument was unveiled in April 2000, in time for the commemoration of the dead on 4 in May.

Hans Leutscher (Amsterdam, 1952) has been active as a visual artist since 1980. He has primarily developed himself as a maker of funerary monuments. He works stone in a classical way. For example, he regularly polishes parts of the stone surface to be worked. Leutscher often works abroad, mainly because the Netherlands does not have sufficient natural stone. Leutscher founded his own company, which produces funeral monuments on commission.