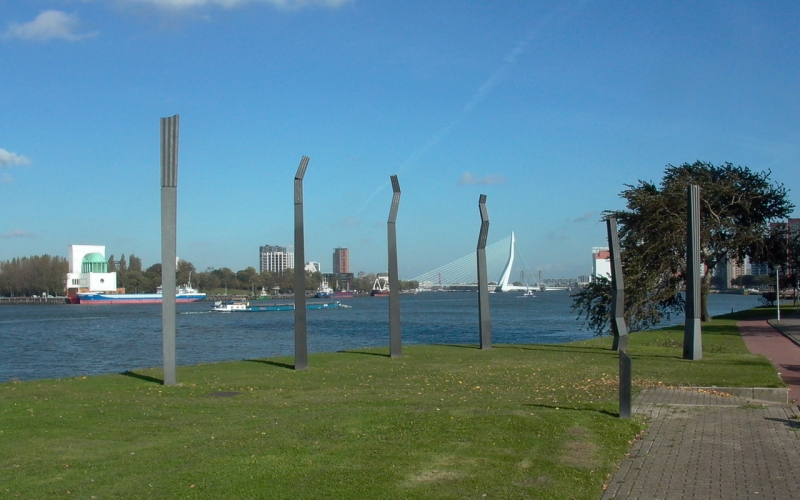 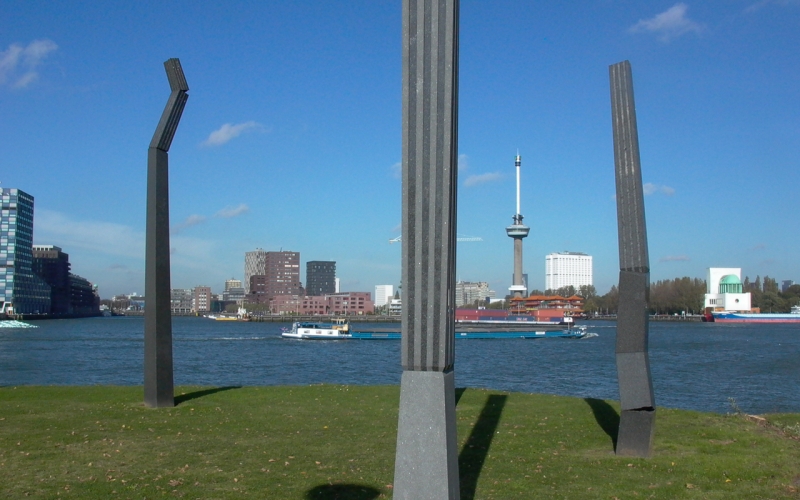 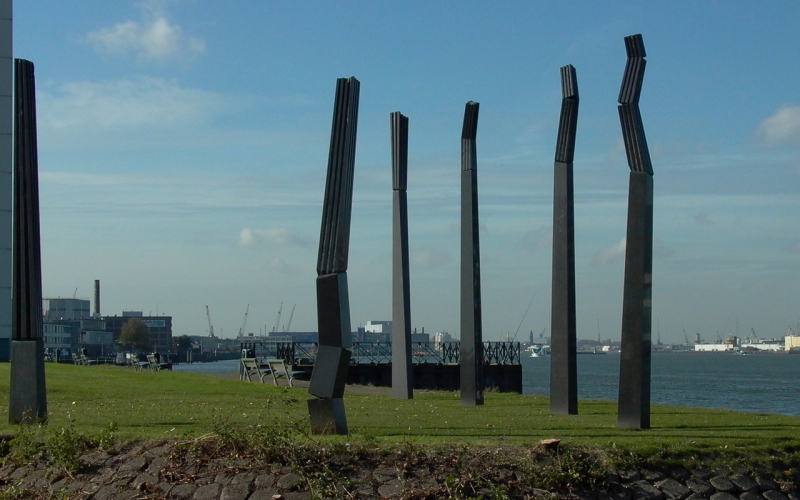 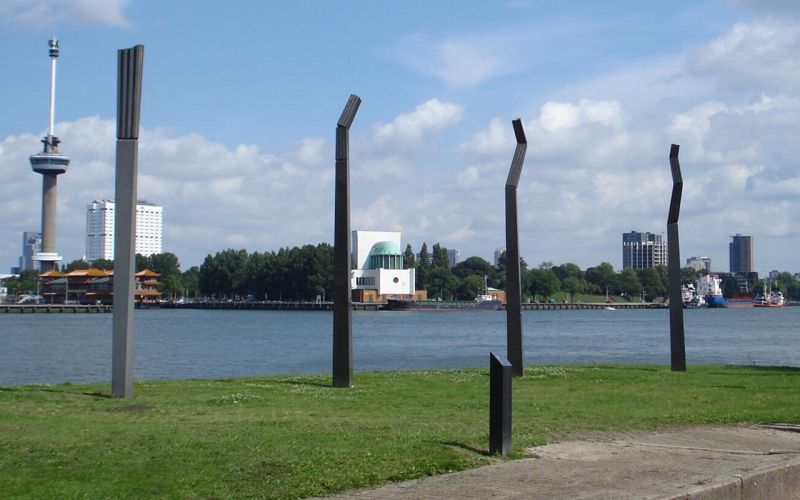 In 1989, four granite columns by Jan van IJzendoorn were placed in the park at the entrance of the Daniel den Hoed Clinic on Groene Hilledijk. Due to the expansion of the hospital, the artwork had to move and it was donated to the municipality of Rotterdam. The obelisk in 1998 were given a new place on the Grienthoofd of the Dokhaven Park along the Maas. Artist Van IJzendoorn has restored the columns for this new location and added two new columns. They work like beacons in the space on the Charloisse Hoofd. The river gives the work an extra association from broken reeds to harbor cranes. In 1998 the work was unveiled in a spectacular way.

Jan van IJzendoorn (Tiel, 1953) studied at the art academy in Arnhem between 1970 and 1975. Since then he has been making installations, sculptures and environmental art in public spaces. He works both inside and out. The conceptual plays an important role in his work.