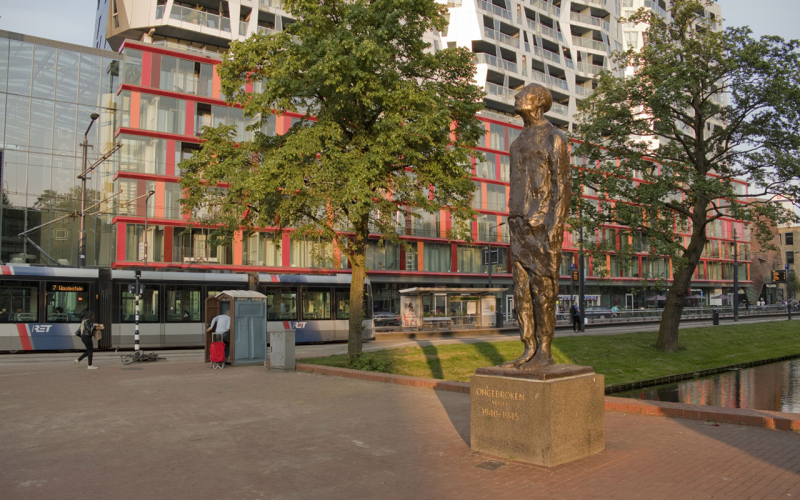 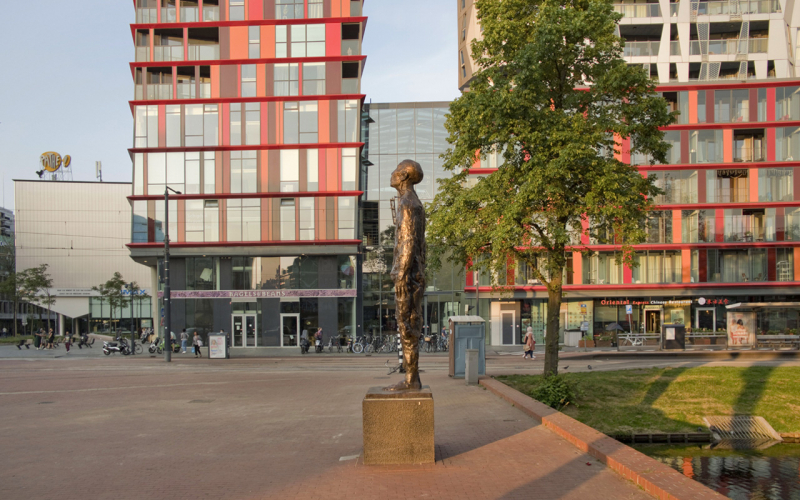 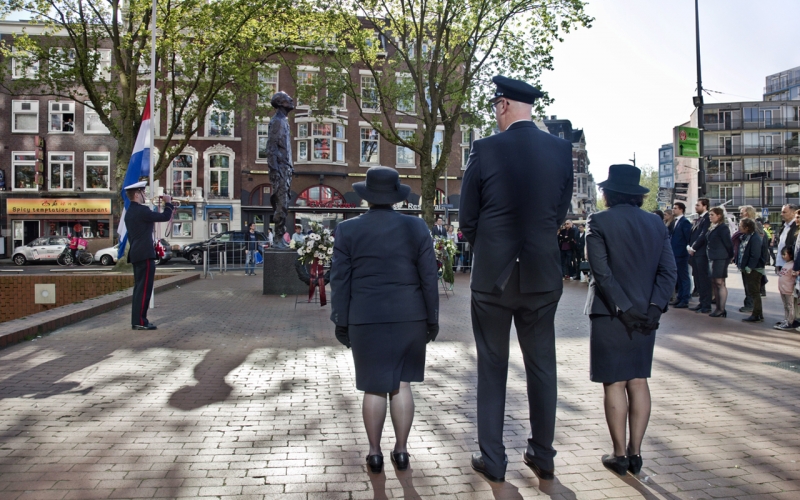 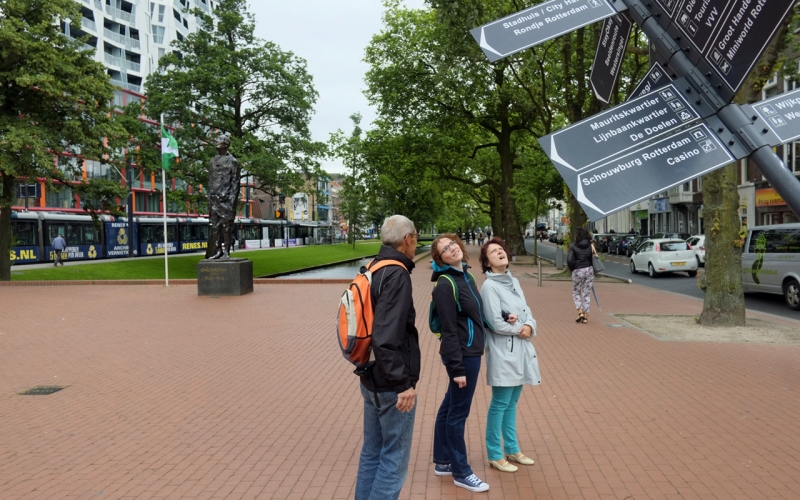 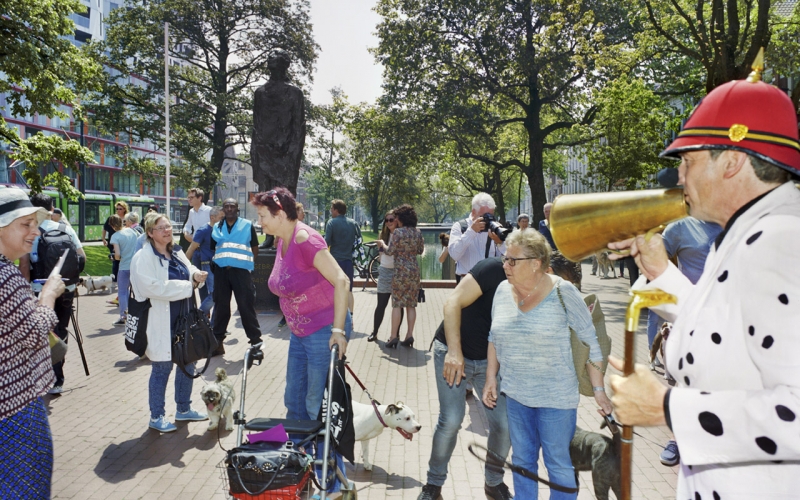 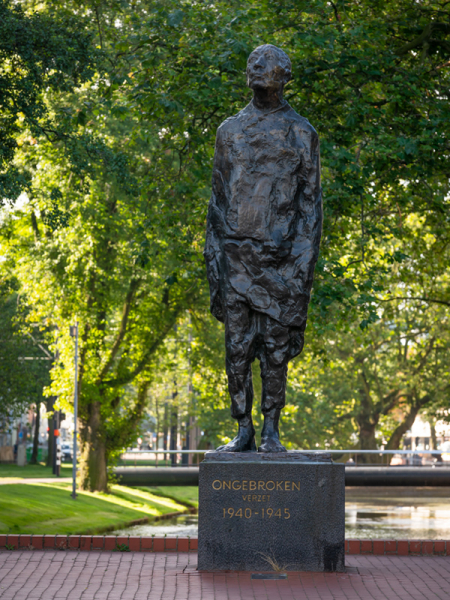 Only twenty years after the war ended on May 4, 1965, this resistance monument at the head of the Westersingel was unveiled by Prince Bernhard. This initiative of the Rotterdam Resistance Monument Foundation seemed to conflict for a while with other plans to erect a similar monument in the city. Those plans came to nothing, but in the meantime a discussion raged for years about who exactly should this monument be dedicated to: just the illegal resistance? Or to all the fallen? Finally, Mayor Van Walsum installed the Rotterdam Resistance Monument Foundation to have a tribute made for both groups. This foundation commissioned sculptor Hubert van Lith to create a large monument. It had to refer to the nature and motives of the resistance in the war years, but also to the fate of all the fallen. This complicated assignment resulted in a male figure, who looks straight ahead with his head held high. Van Lith shows someone who is clearly 'unbroken'. The plinth also has the word 'unbroken' in larger letters than 'resistance 1940 - 1945'. Because if the words 'resistance' were portrayed too large, it would not have done enough justice to the people of Rotterdam in general. Many war memorials in the Netherlands consist of a human figure, who radiates courage and / or vulnerability. Some of those images are very popular, however Unbroken resistance on the Westersingel was not well received. This is related to the many struggles that preceded the choice for this tribute. The statue is beautiful at its location and forms the unofficial start of the sculpture route on the Westersingel. Despite the official commemorative ceremonies being held on Stadhuisplein, many wreaths are placed every year at this statue and at this location.

Hubert van Lith (Amsterdam, 1908 - 1977) made figurative work with subjects mainly workers, portraits, female figures and polder workers. He was a painter, graphic artist, draftsman, but especially medalist and sculptor. After the Second World War he made several war monuments. In 1931 he won the Prix de Florence and in 1960 the gold Arti medal.