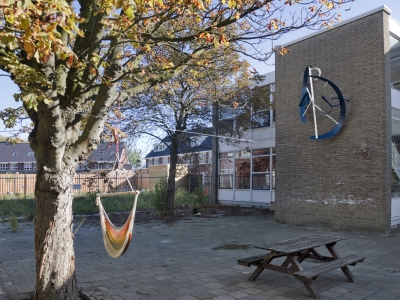 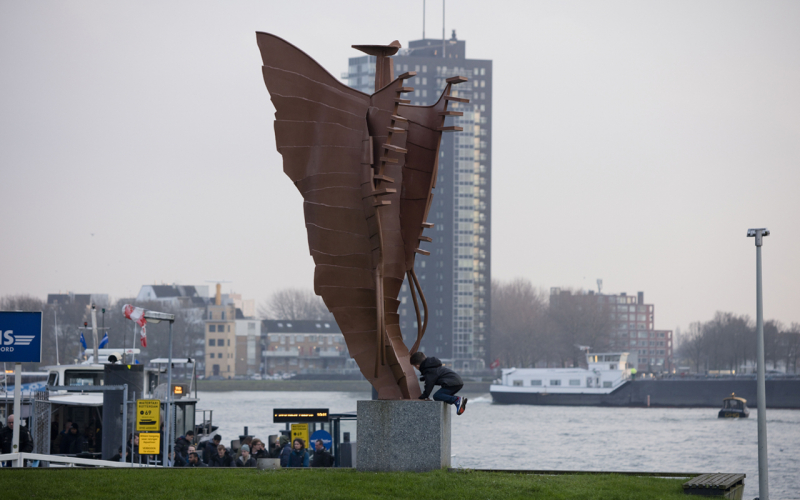 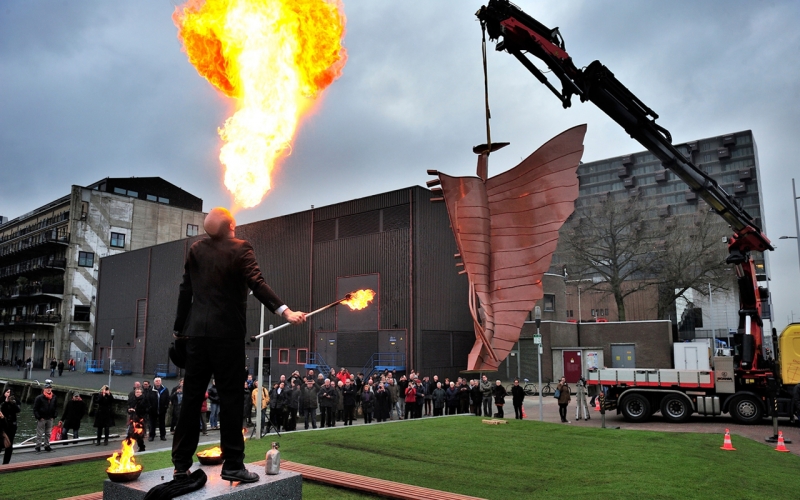 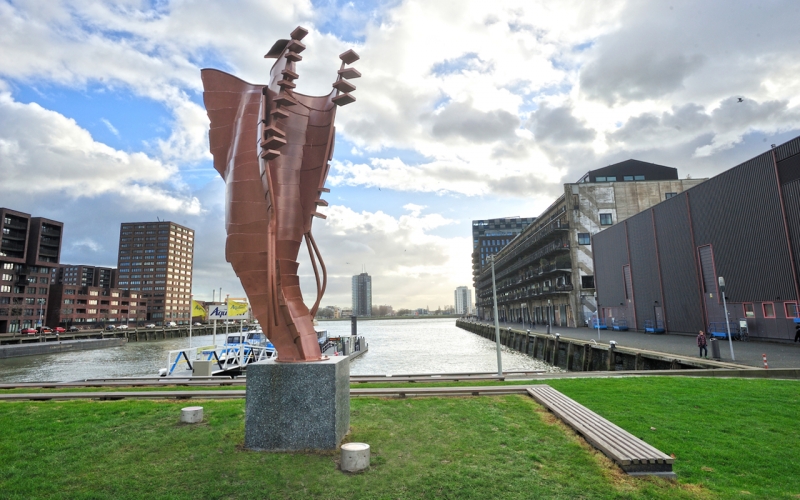 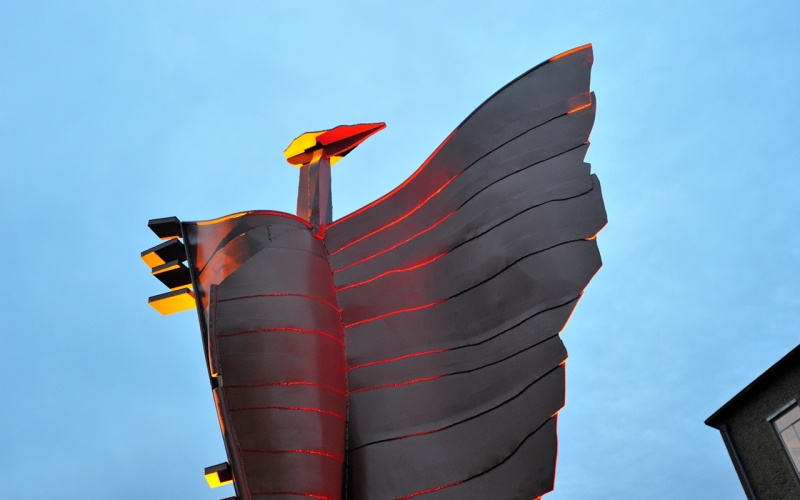 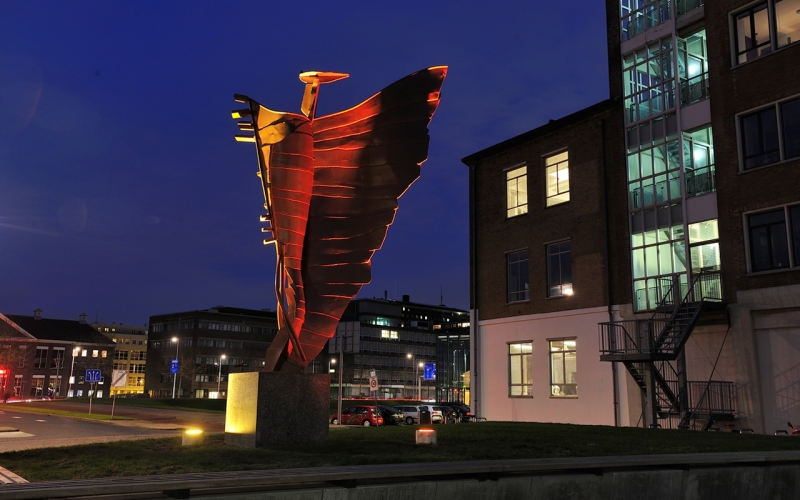 This Phoenix by artist Hans Ittmann is one of his best works. It is an uniquely designed sculpture of a Firebird, which expresses the resurrection or rebirth of the then post-war Rotterdam. The bird is a twisted figure, in which the wings are figurative elements, which Ittmann combined with a blocky visual language. It is a tough reconstruction image, elegant and raw at the same time, a connection between earth and heaven, destruction and dream. The statue was originally designed for the Jan Prinsschool at Blaak and Binnenrotte. It was placed on the steps of the school. The sculpture taught the youth about how the city was founded after the bombing of Rotterdam. That feeling of growth was a metaphor suitable for growing youth. Ittmann depicted this by working against gravity: upwards the Firebird becomes wider and more heroic, which suits a bird that takes off and conquers. The school and the Phoenix however, had to make way for the construction of the Markthal. In the new building of the school there was no longer any room for the statue, which meant that one of the many special post-war works of art in Rotterdam was in danger of disappearing permanently from the streets. But a new place to stay on St. Jobsweg, a park called the Zevenhemellocatie, provided a solution for the sculpture in 2013. The four meter high steel Phoenix gives a powerful appearance to the park and the entrance to the Lloydkwartier; a former port area which has also undergone a rebirth, because it has developed into a residential area. CBK Rotterdam worked for the relocation of the Phoenix together with the residents' association of the De Herder building and the municipality of Rotterdam.

The Dutch sculptor and painter Hans Ittmann (Waalwijk, 1914 - Amsterdam, 1972) studied sculpture during the Second World War. His teacher was Cephas Stauthamer. After the war he studied international new developments. He traveled to Paris and worked for a year in Zadkine's studio - precisely during the period when Zadkine started his models for The destroyed city designed. Ittmann made the deformation of human forms the core of his work. He had a good eye for the avant-gardes of which he incorporated characteristics in his own style, but sometimes had difficulty developing his own visual language.