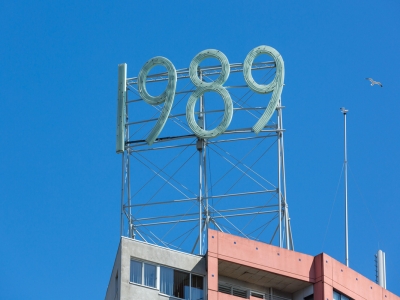 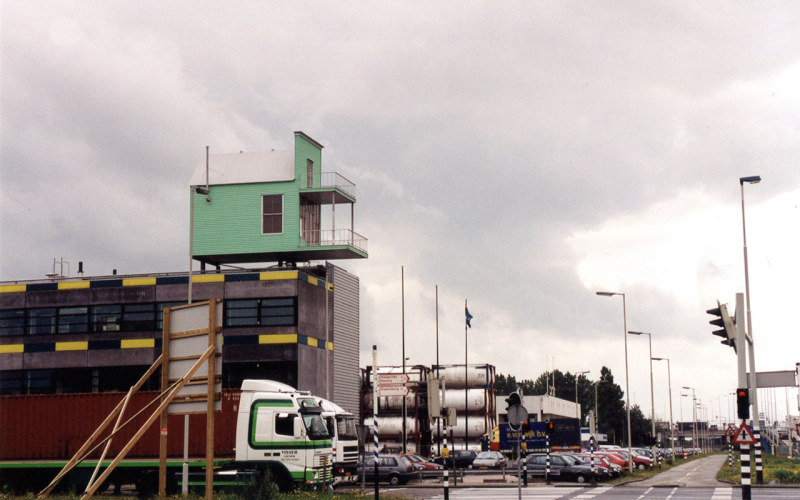 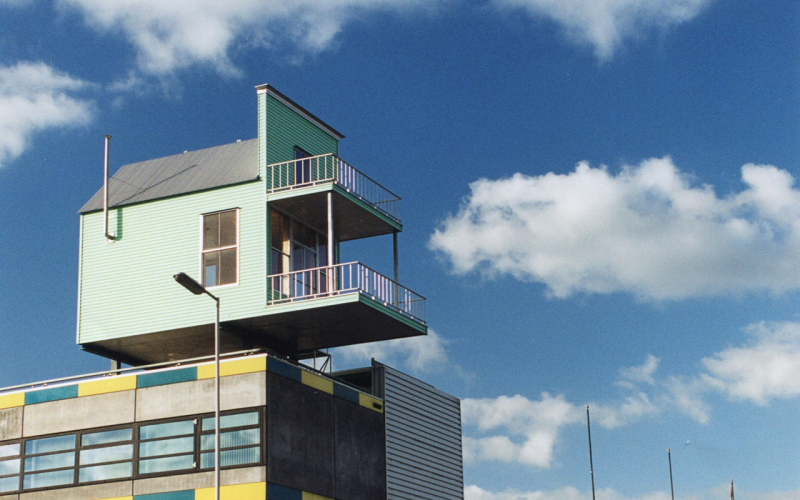 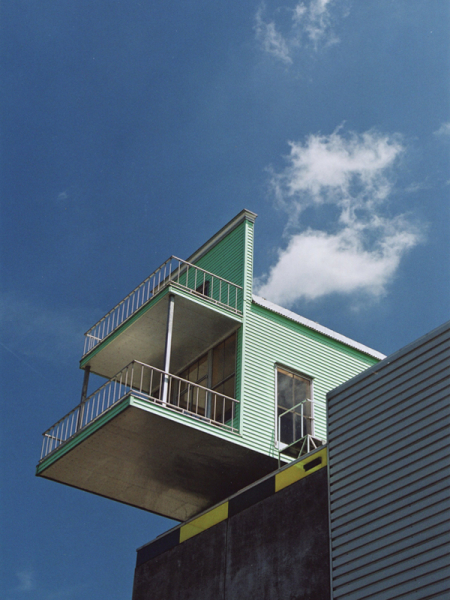 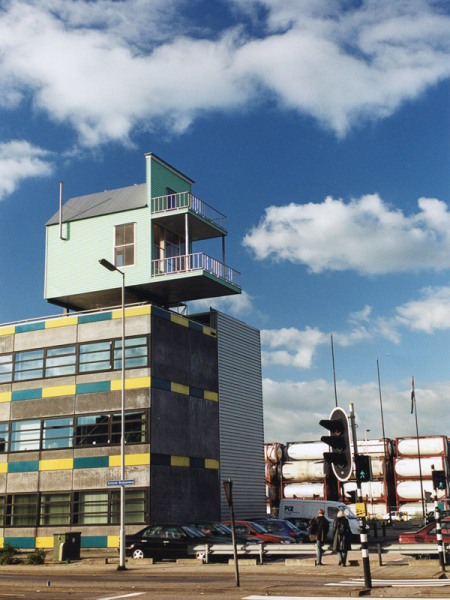 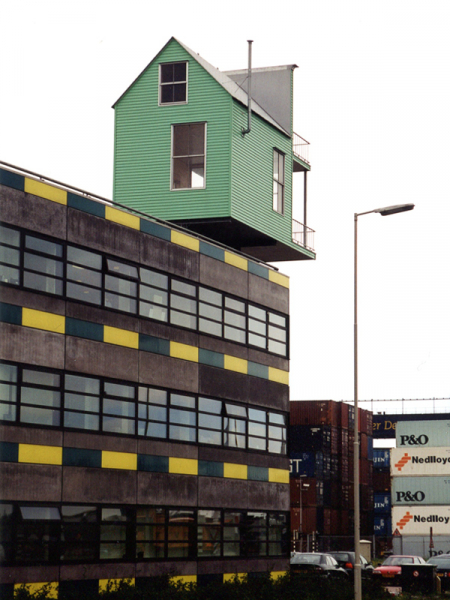 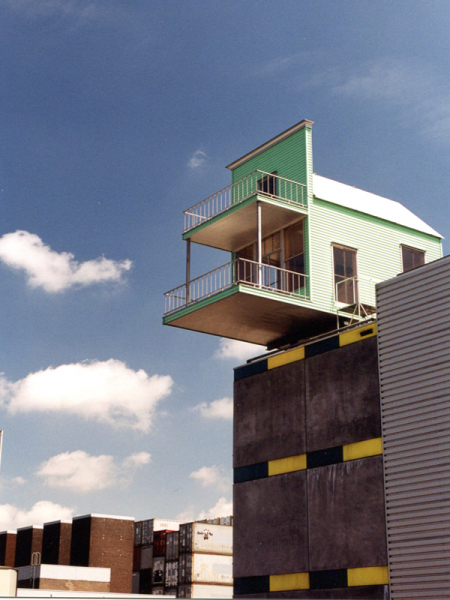 This Pioneer house by visual artist and architect John Körmeling stands on the roof of the customs office in the Rotterdam port area. The house is a reaction to the customs building, which was designed by the architectural firm Benthem Crouwel. The cottage is completely inaccessible and overlooks the harbor. It is a sober and simple light blue house consisting of a ground floor and first floor. There is a large veranda in front of the living room and even a balcony above it. Windows and doors are on different sides and there is also a stove and chimney in and on the house. All the amenities for a stay are there, but the Pioneer house must not be put into use. That was the condition for granting the permits for the realization. The whole stands on legs, which made construction easier and it clearly does not form part of the vaulted shape of the customs office. It is on top of it as a light blue rectangle. Körmeling's design recalls the time of the Dutch pioneers, who left for the Wild West in America without customs forms. From the veranda you also have a view of the prairie and cowboys, as it were. Thanks to a proposal by artist Jan van IJzendoorn, the work of art was commissioned by the Government Buildings Agency. For more information: Sculpture International Rotterdam.

John Körmeling (Amsterdam, 1951) is a sculptor and architect. He designs works of art for public space, in which a certain degree of humor and alienation play a role. Körmeling has a broad and unconventional view on architecture, because for him this not only encompasses architecture, but also urban planning, design and visual arts. He has received various awards for his work, including the David Roëll Prize for sculpture (2000), the Witteveen + Bos Prize for Art + Technology (2006), the Wilhelminaring (2009), a national oeuvre prize for sculptors, and The Golden Eye in front of the Dutch pavilion Happy Street at the World Expo in Shanghai (2010). In 2010, Körmeling was appointed an officer in the Order of Oranje-Nassau.