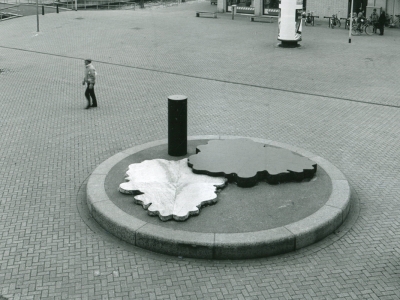 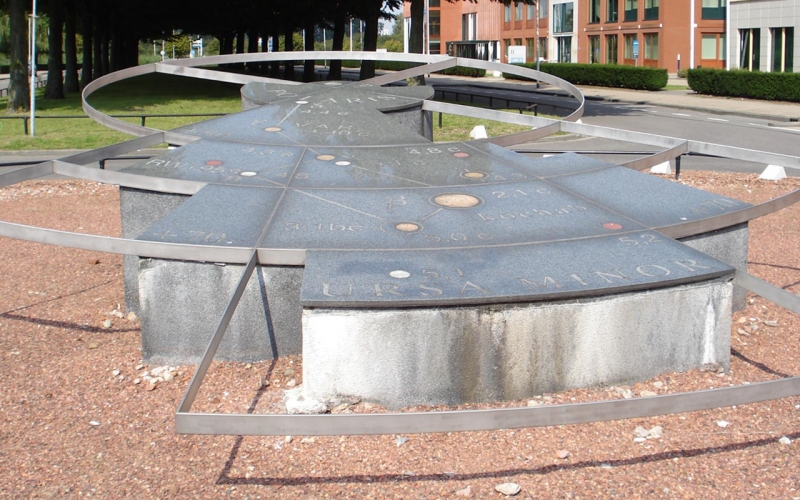 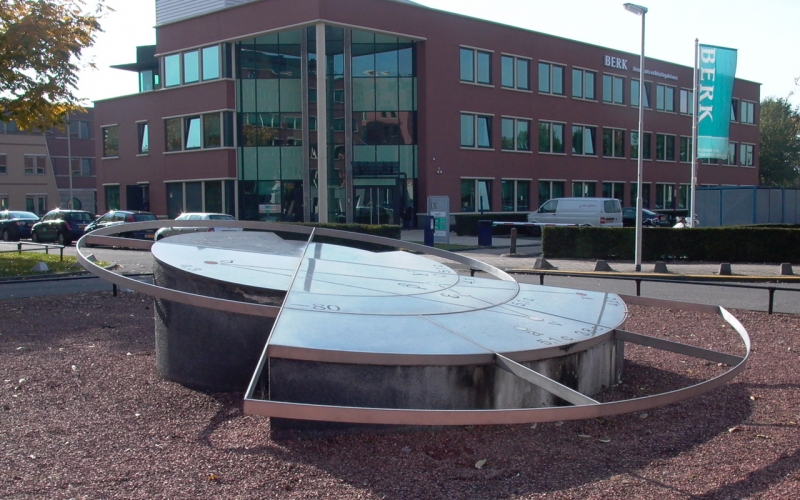 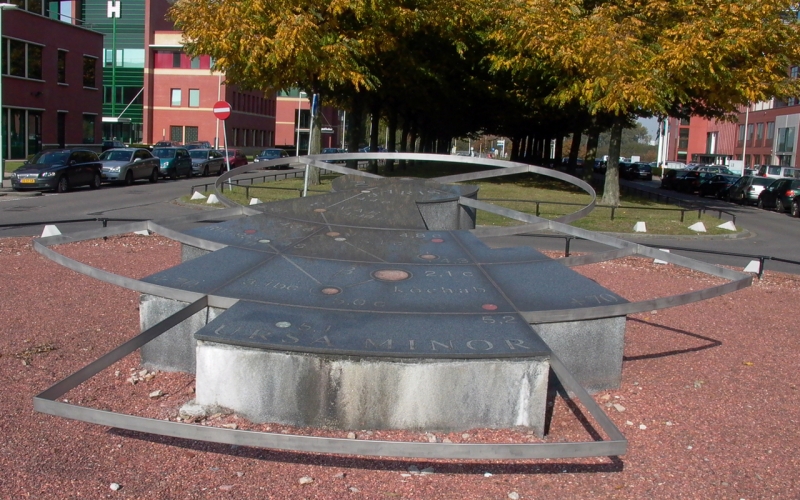 In 1990 the design for Brainpark II was made by the municipality of Rotterdam and various project developers. They wanted to create a central point in this office area by means of a work of art. Marinus Boezem was asked to make a work for this. A recurring theme in his work is the starry sky. To map the universe, astronomers have developed a series of schematic proposals. With the help of mathematical means, lines and circles, he has visualized the universe. With this work he wanted to make a connection between the human brain (referring to Brainpark) and the celestial bodies. The artist made the two poles of the universe, also known as gates of heaven: Polaris (north) and Octans (south). The drawings of the constellations are inlaid in black granite. Steel frames have been mounted on top, forming a network of meridians: width and length lines. The circles are the contours of the North and South Pole. The constellations represent the two ends with the emptiness in between. By this he means that, although we know a lot, there is still much to be investigated.

Marinus Boezem (Leerdam, 1939) is a Dutch sculptor. He is known for his radical view of art and his work in public space. In the second half of the sixties, Boezem was, together with Jan Dibbets and Ger van Elk, a representative of conceptual art and 'arte povera' in the Netherlands.