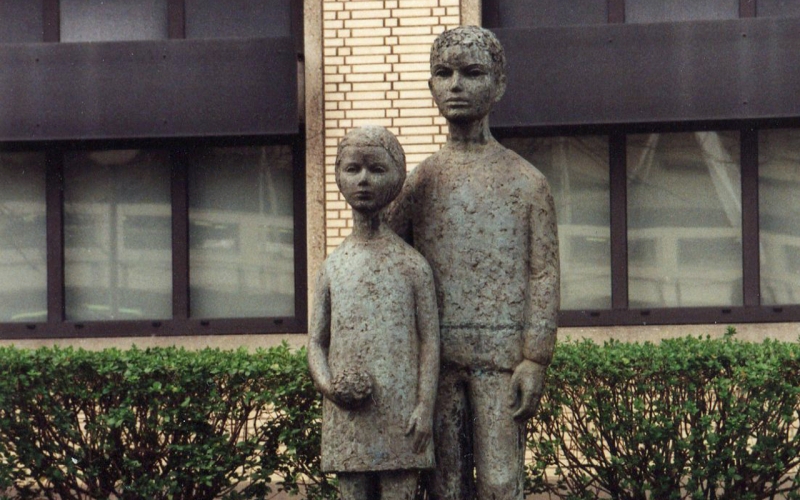 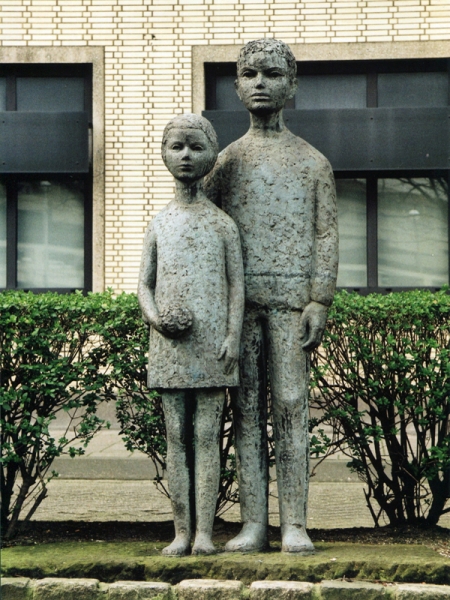 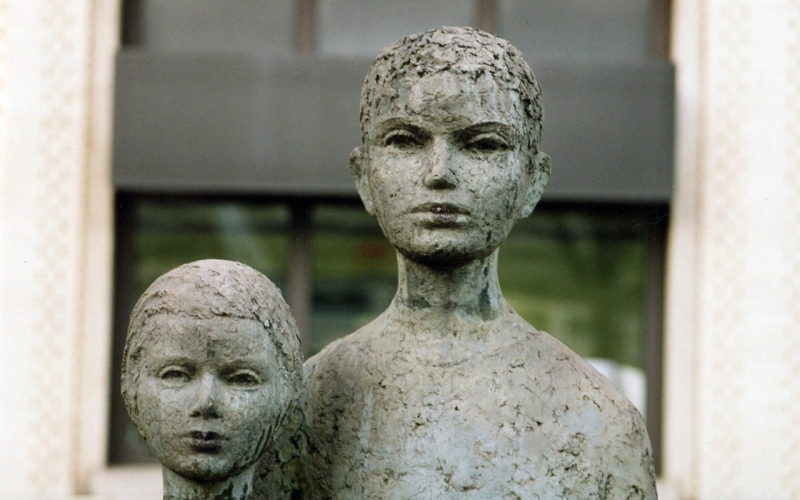 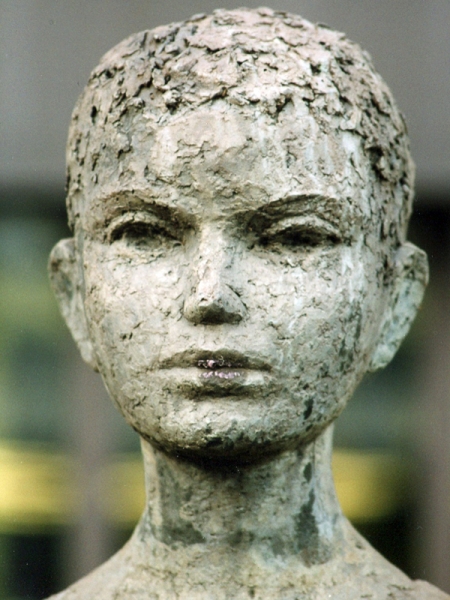 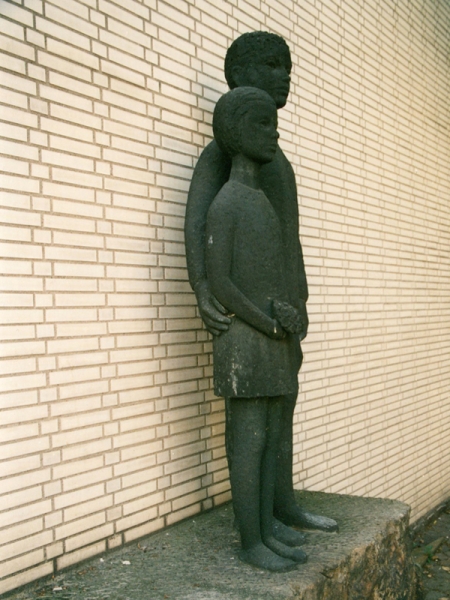 Artist Adri Blok is well-known in the public space of Rotterdam. She is renowned for the psychological refinement of her work and beautifully composed compositions. These are qualities that are very clear from this sculpture of two children's figures, which was placed in 1961 at the opening of the former Dijkzigt hospital. In this work she uses her characteristic naturalistic, somewhat stylized style. It is a very fine sculpture with a modest and sensitive appearance. The work is titled in 1961 Children grieving in the NRC: “The sober, sensitive model of the figures deserves appreciation, the placement also on the silent square aside. ” This sculpture was intended for the funeral home of the auditorium. Blok was commissioned to harmonize the work with the solemn atmosphere of the space. That is why the boy and girl portray that dejection of a loss suffered. He puts his hand protectively on the side of the girl, who clasps a bouquet of flowers with her hand. A 1961 Harbor Shed reports: “The faces show silent seriousness and childish resignation, behind which the youthful cheerfulness is reflected" Due to the renovation of the Dijkzigt hospital and the Erasmus MC, the work has been placed in the depot.