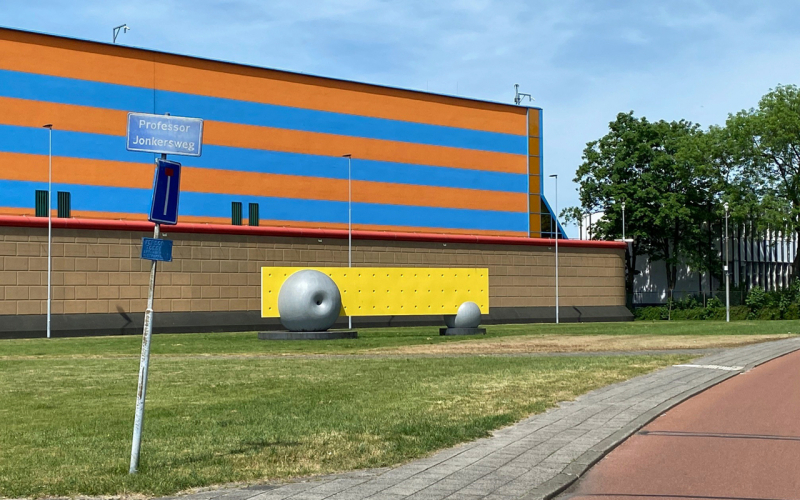 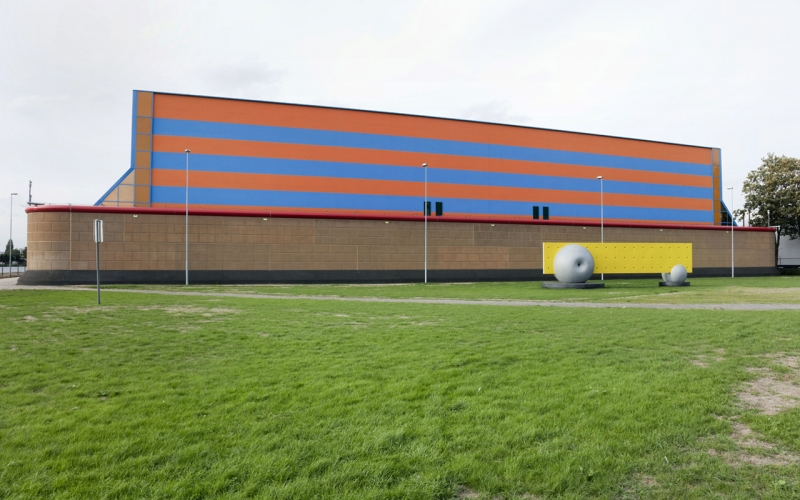 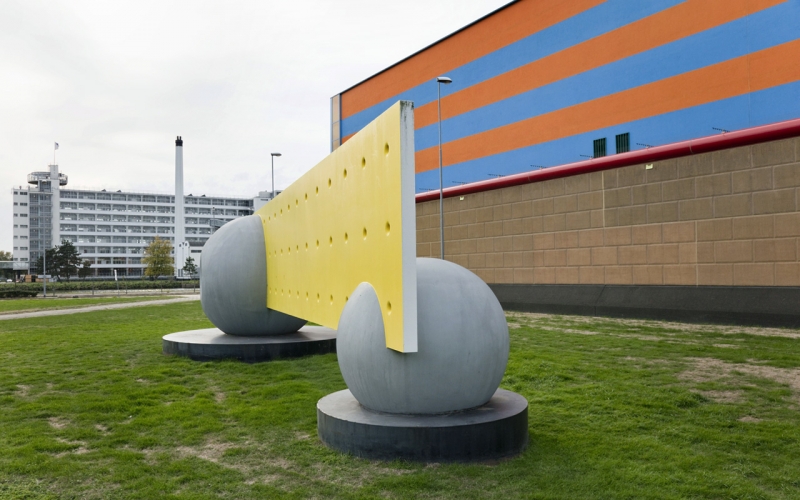 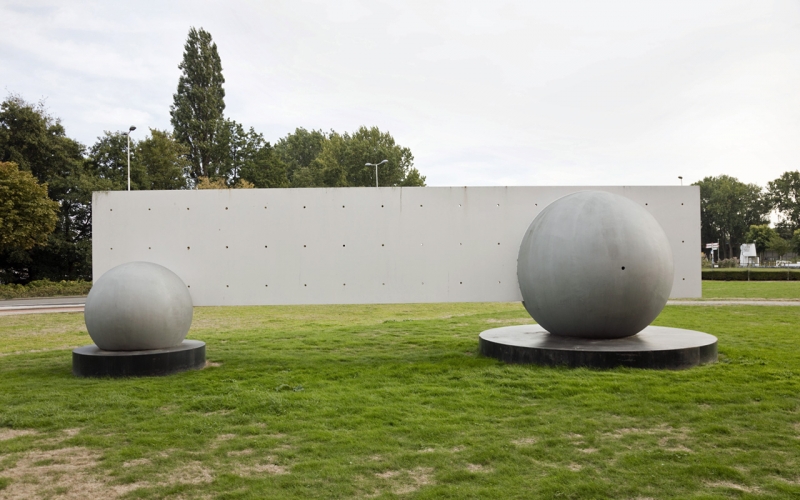 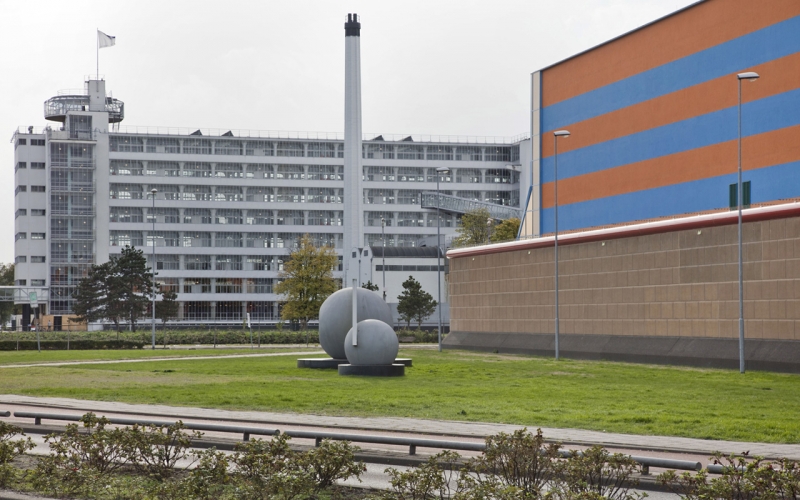 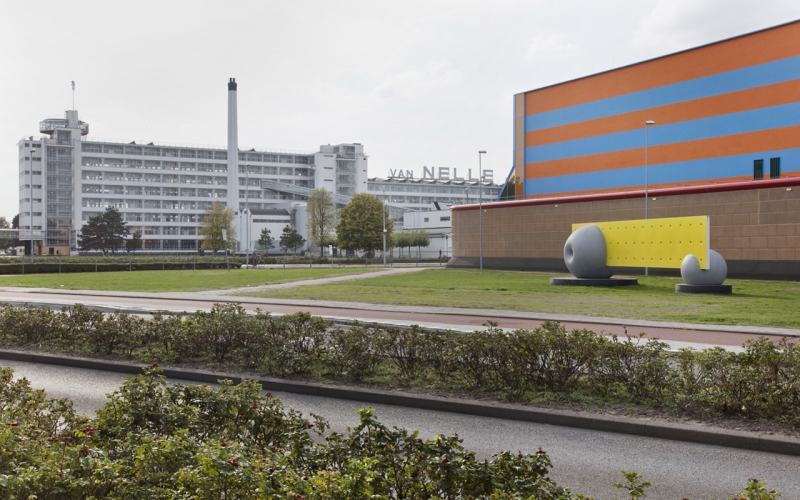 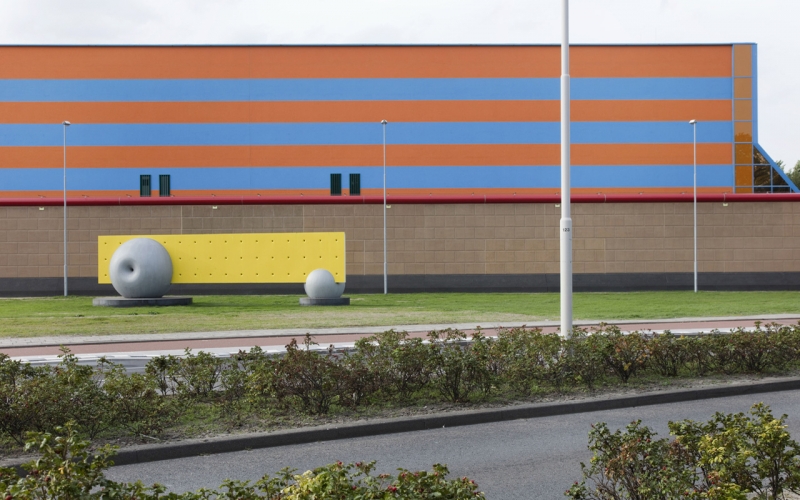 For the penitentiary institution (PI) on the Schie stands a striking work of art with the German title Schöne gelbe Mauer made by artist Alfred Eaterialenboom. Eikelboom mainly made monumental eye-catchers with references to sculpture and architecture, often in striking colors and a (coated) skin reminiscent of plastic. Abstract patterns with circles often play a leading role, as is the case here too. With curves, rectangles and perforations, this is an unyielding wall, just like the wall of the penitentiary behind it. Eiclesboom was commissioned to build the prison and the work was designed on the basis of the national percentage scheme. A striking image, but the building behind it is just as striking due to its orange and blue walls, making it a fitting whole and building and image form a unity.

Sculptor Alfred Eikelenboom (Teguh, Indonesia, 1936 - Dordrecht, 2014) studied at the Free Academy and then at the Royal Academy of Visual Arts in The Hague. He developed into a sculptor, graphic artist, painter, among other things, and was mainly concerned with architectural proposals, monumental sculptures and utopian models. In 2002 he received an oeuvre prize from the Fund for Visual Arts, Design and Architecture.