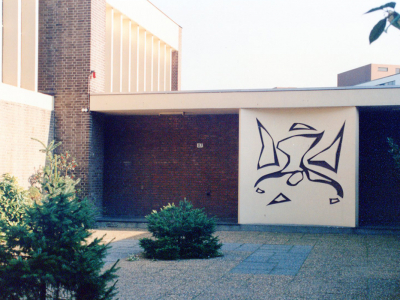 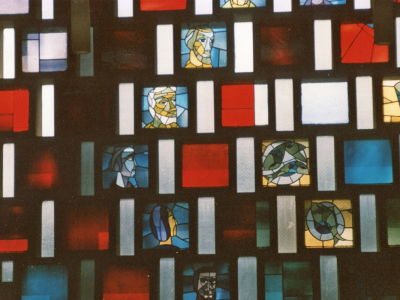 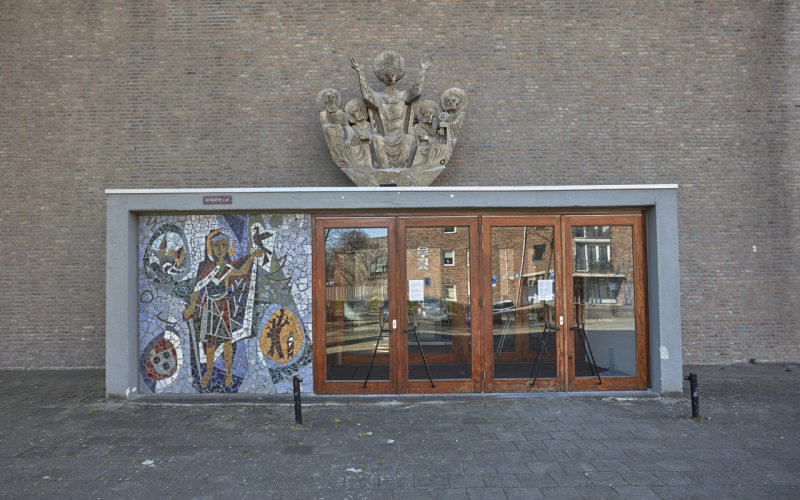 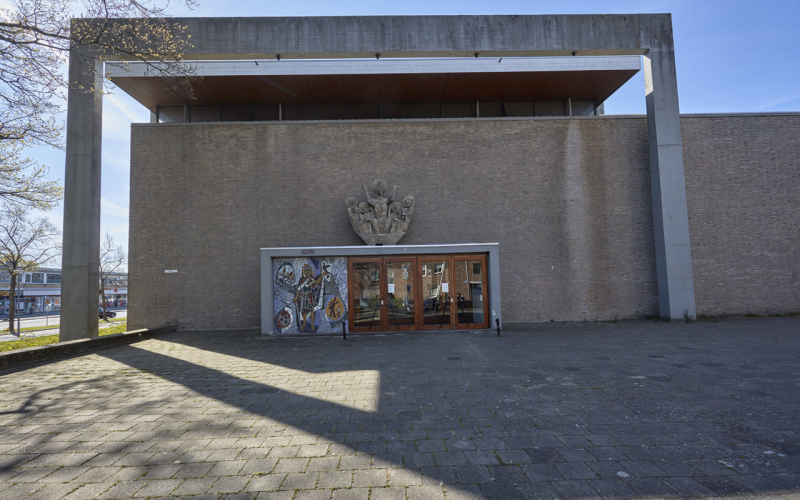 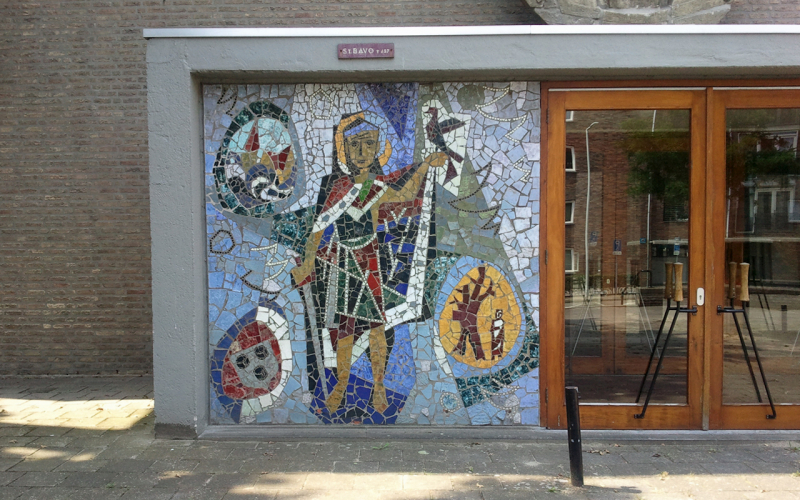 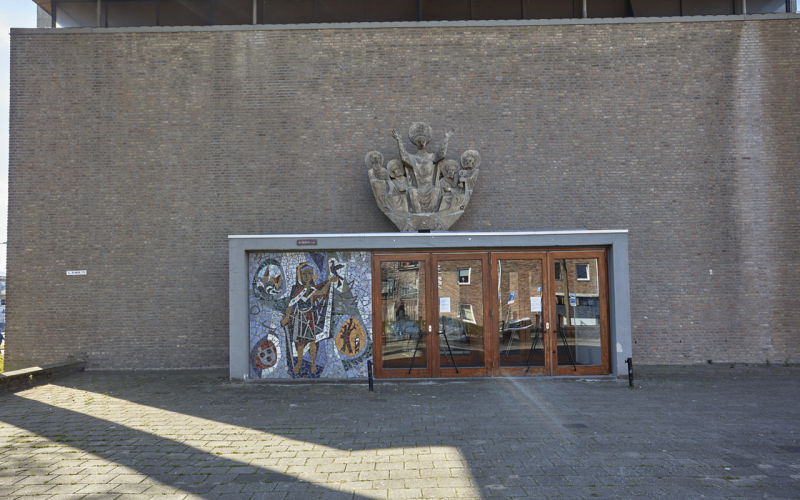 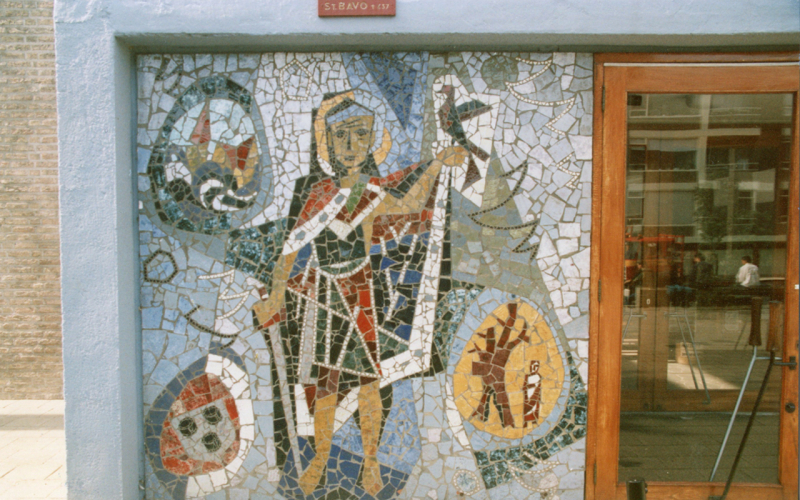 The Sint Bavo Church was designed by architect HNM Nefkens (1918-2018) and has several works of art by the Rotterdam artist Bob Zijlmans. In addition to this facade mosaic, Zijlmans' stained glass can be found in the church and he made the large facade wall of glass-in-concrete on the Slinge. This mosaic depicts the holy Saint Bavo. The image fits in the iconographic tradition surrounding this saint: a dissolute nobleman who gained insight and then converted to the faith and became a hermit. He is usually depicted as a well-dressed and armed nobleman with a falcon on his hand. The tree can be seen at the bottom right, into which he retreated as a hermit. At the top left is a church that disappears into the waves: a reference to the storm flood of 1373, when the Bavo church in the village of Pendrecht was destroyed at the time. Below that a coat of arms shows the Heerlijkheid Pendrecht. The mosaic Saint Bavo emphasizes the entrance to the church building, which was given the status of a national monument in 2019. As a whole, architecture with art, the Sint Bavo Church is a beautiful reminder of the time when Pendrecht was formed.

Marinus (known as Bob) Zijlmans (Rotterdam, 1918 - there, 1992) grew up in a Catholic family. He attended the Antwerp art academy as a student of Constant Permeke, as well as the Academy of Visual Arts in Rotterdam. After the war Zijlmans traveled a lot and lived in England and Indonesia for a few years. After that he developed into a painter and monumental artist. He made mosaics, glass-in-concrete walls, (glass) paintings and sculptures. The human figure was a constant factor in his work. Zijlmans mainly worked on commission in Rotterdam and he was a member of the General Catholic Artists Association (AKKV). Mid 1950-1960, Zijlmans received a lot of press with his paintings and drawings of human figures, akin to the silence in the work of Dolf Henkes. In the 1970s he takes part in a group exhibition in De Doelen.