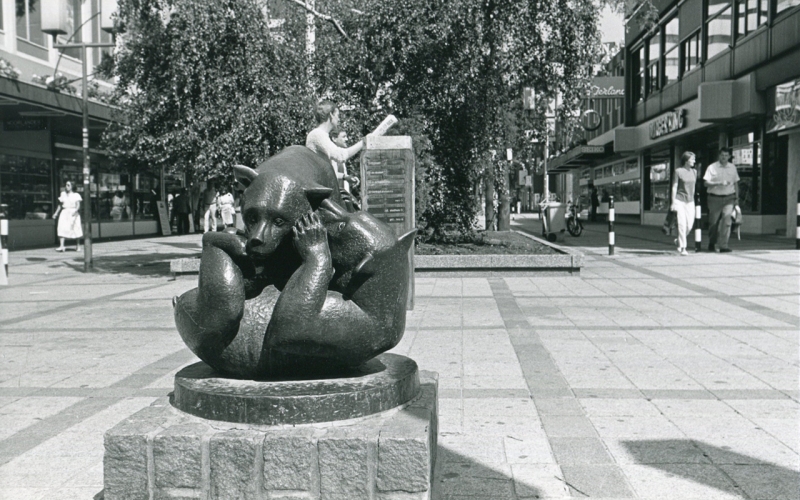 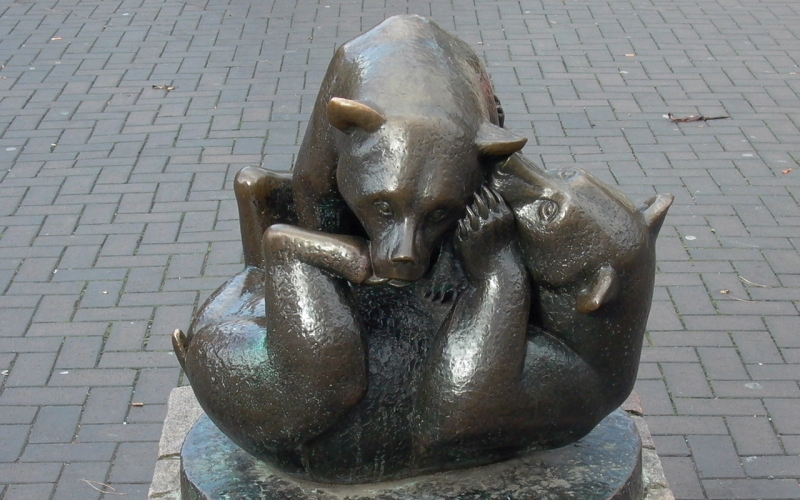 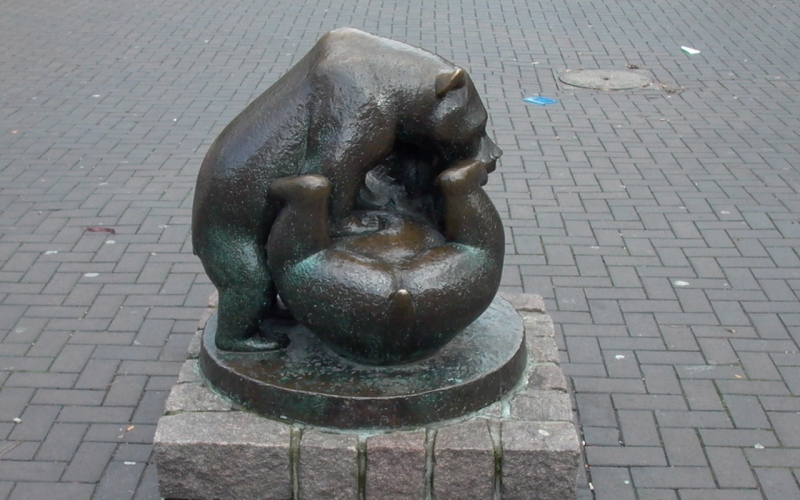 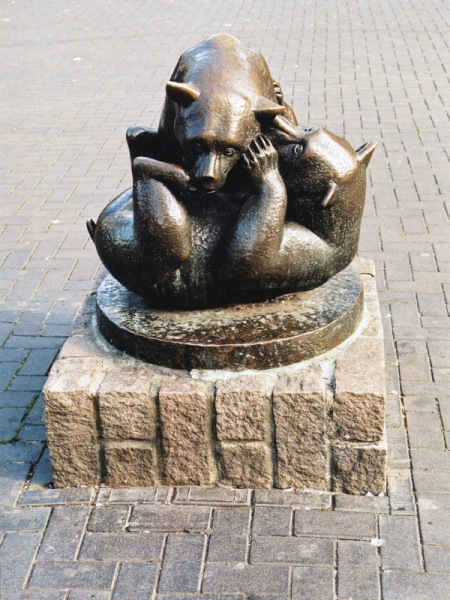 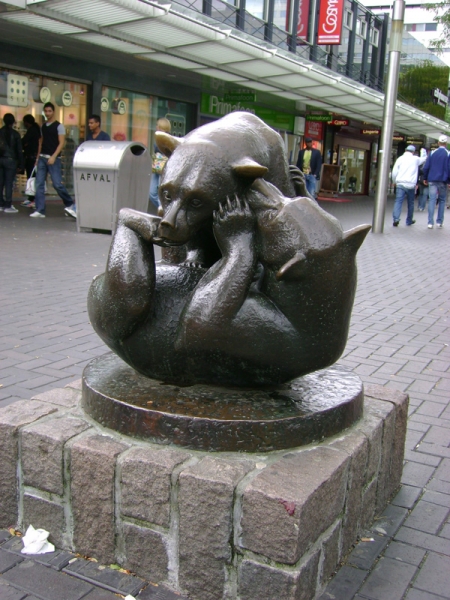 De Playing bears are symbolic of the cordial ties between Rotterdam and Oslo. In 1951, the Norwegian capital's Maasstad received a Christmas tree (for the first time), a tradition that lasted until 2014. In 1956, the newly built Lijnbaan paid attention to Oslo with an exhibition opened by the mayor of Oslo. When the exhibition closed, the Norwegian ambassador offered the Shopping Promenade Association this statue of two playing bears by the Norwegian sculptor Anne Grimdalen. The association donated it again to the mayor of Rotterdam, Van Walsum, who gave the work a definitive purpose on the brand new shopping street. It is a cheerful statue that stands on a pedestal, but still so close to the ground that it seems as if the bears are romping on the ground together. It is located at the eye level of small children, which is often particularly appealing to the work. The two bronze animals together form a compact ball, the shape of which returns in the round plateau on which they rest. The Playing bears fit nicely into the ensemble of bronze statues on and around the Lijnbaan, such as the Reading girl and the Drum bearing.

The Norwegian artist Anne Grimdalen (Skafsa, 1899 - Oslo, 1961) studied in Norway and Copenhagen in the 1920s and made various international study trips in the 1930s. Her work consists of animal sculptures, but also busts and human figures, executed in bronze and stone (granite). In Norway her work can be seen in the National Art Museum.