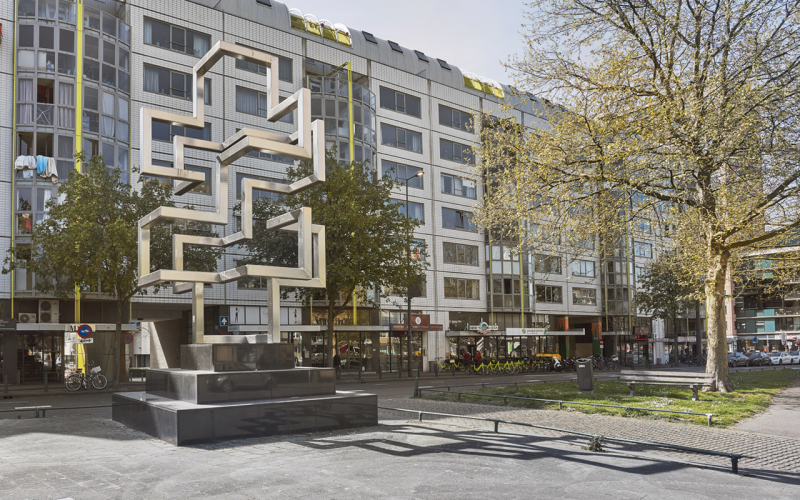 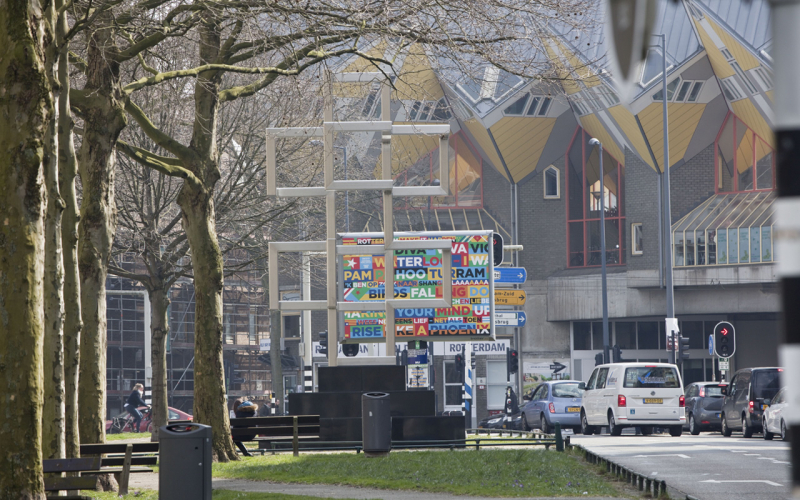 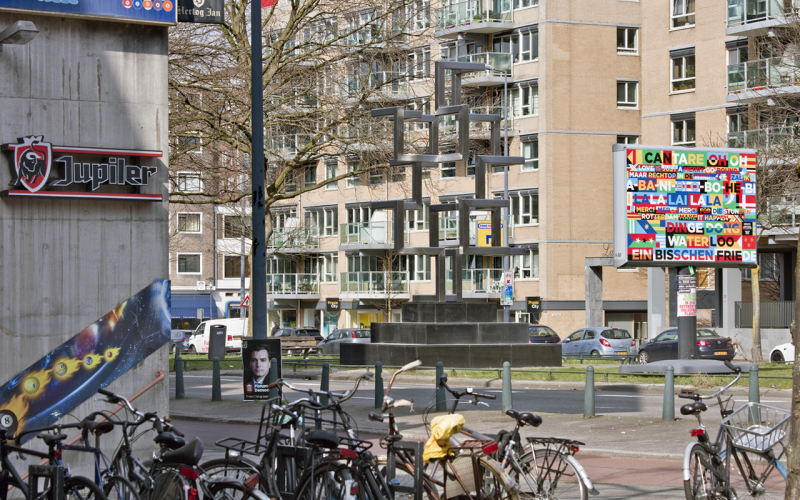 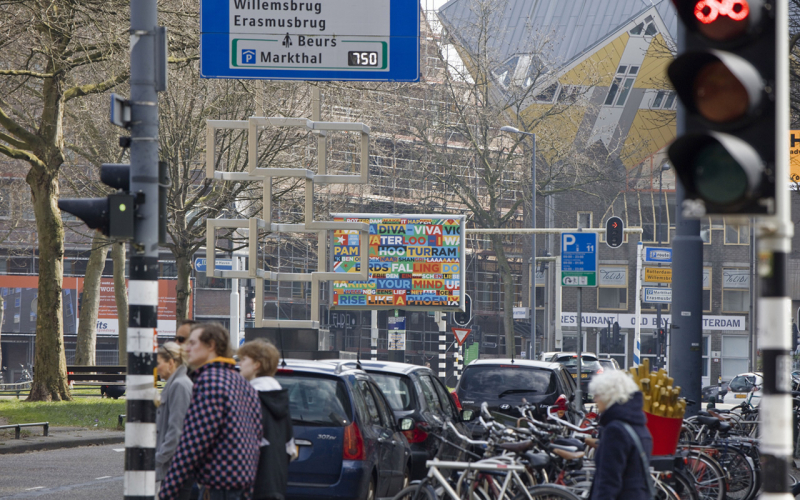 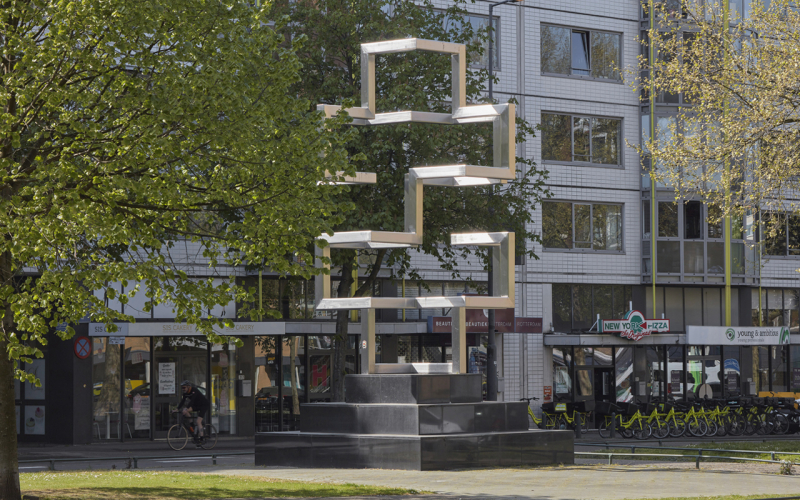 Taxat is a stainless steel sculpture representing a spatial translation of the double cross (mathematical form). You think you see stacked cubes, but once closer you see the open structure. It is a powerful image created by artist Woody van Amen. The theme of stacked crosses has come to play a major role in Van Amen's work after the turn of the century. They appear to be a logo or symbol without referring to an existing source, and because of that emblematic shape they are of interest to Van Amen, who has been working with a Pop Art-like visual language since the 1960s. The initiative for this statue was taken by the Taxat Foundation.

Woody van Amen (Eindhoven, 1936) studied at the Rotterdam art academy and was a student of artist Louis van Roode. In 1961 Van Amen traveled to New York and there came into contact with the art movement Popart. On his return to the Netherlands, he was soon nicknamed 'Father of Dutch Pop Art'. Since the 1970s, he has incorporated visual elements in his paintings that caught his eye during his travels abroad. Van Amen mixes various techniques in his work and makes paintings, sculptures, drawings, photos and collages. His paintings and objects are figurative and recognizable. In 1993 Woody van Amen received the Chabot Prize. He lives and works in Rotterdam.