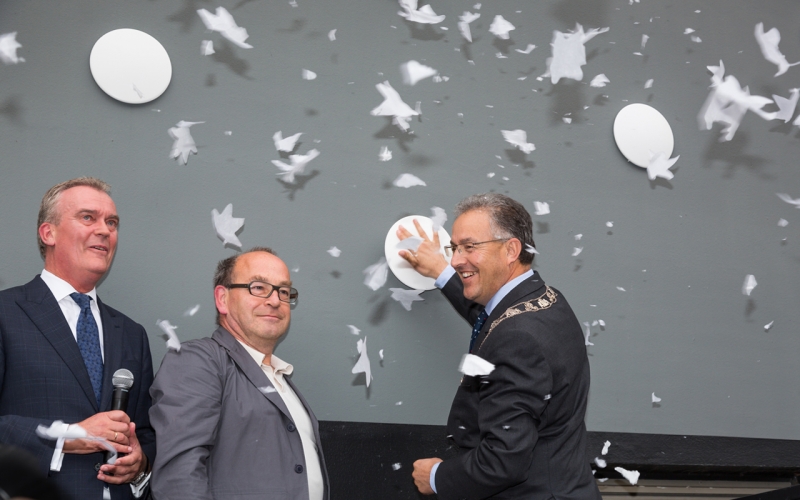 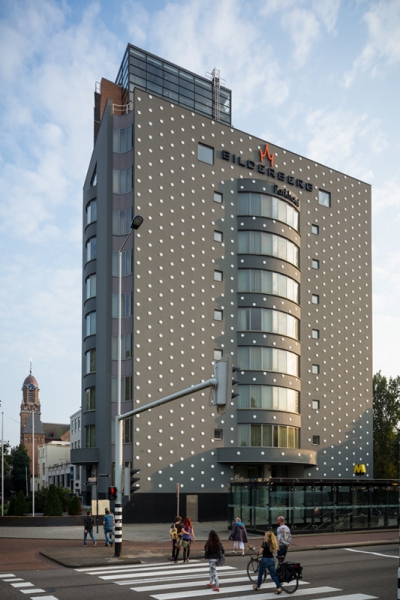 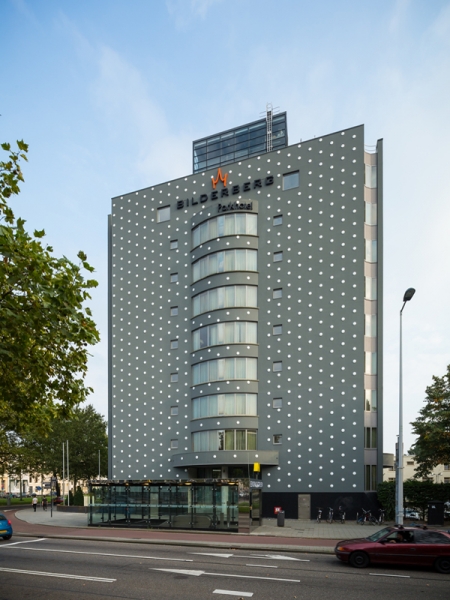 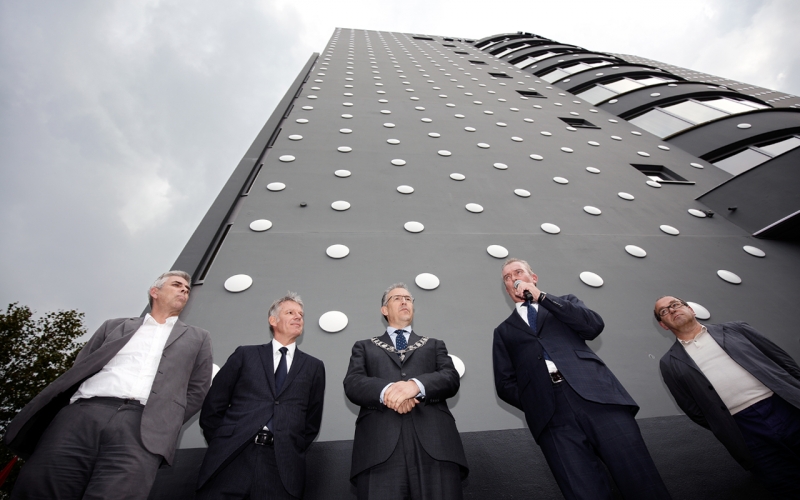 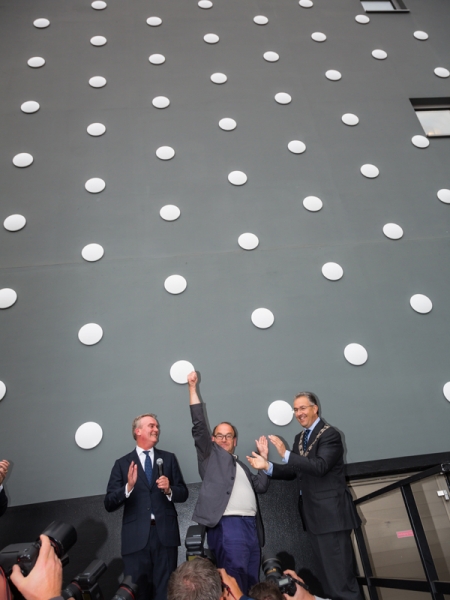 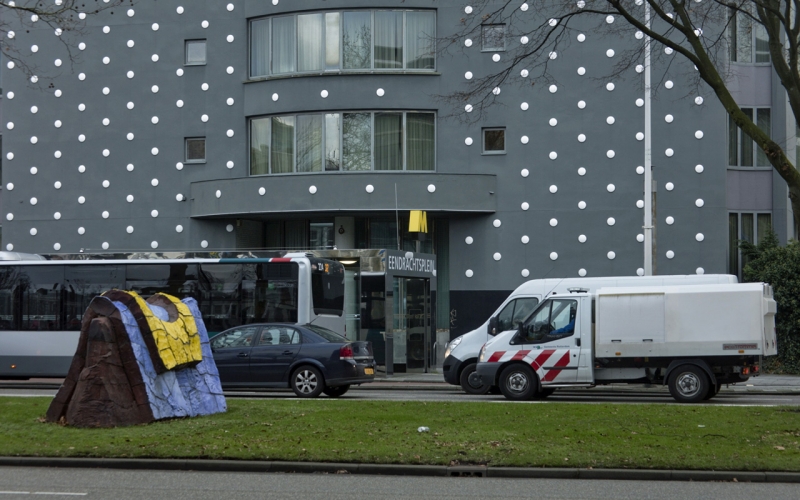 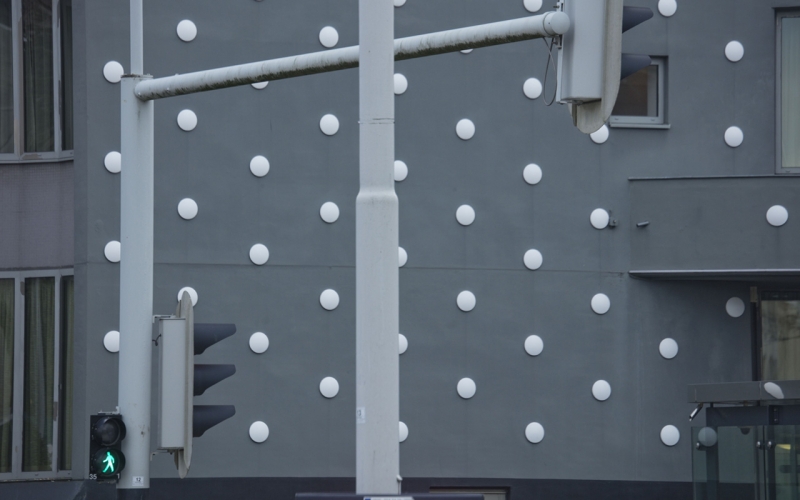 A monumental work of art, formed by a grid of subtly glowing dots in the dark, adorns the facade of the Bilderberg Parkhotel in Rotterdam: The Individual Parallel - Bilderberg Utopia by visual artist Willem Oorebeek. The work is an enrichment of the international sculpture collection at the entrance of the 'Museum Quarter'. Oorebeek (Pernis, 1953) made this work especially for the Parkhotel on behalf of SIR and BKOR. The Parkhotel is located at the intersection of two major arteries in the center of the city: the Westersingel, which runs from the Central Station towards the Maas, and the Blaak, which connects the west side of the city with the east. Partly due to its location on these connecting roads, the former white hotel formed the nickname La Grande Dame, has been a beacon for Oorebeek since the 80 years. For Oorebeek is The Individual Parallel - Bilderberg Utopia a unique opportunity to graphically add his famous 'dot grid' to the perception of the city. His work is about perception, in which the dot grid is an abstraction, as the opposite of the image. However, if the dot grid is applied to something, it itself becomes an image and melts together with the plane to which it is applied, as a definition. Strictly speaking, what we perceive becomes an image of itself. Presented as a graphic definition of the facade of the hotel, the grid forms an image of the hotel itself. The material he chose for the execution of the work - composite - reflects the light from the surroundings, so that the facade of the hotel shows a subtly glowing pattern in the evening and night. The artwork was unveiled by Mayor Aboutaleb on 23 September 2014. For more information: Sculpture International Rotterdam.

Artist Willem Oorebeek (Pernis, 1953) studied at the academy in Rotterdam, taught at the Jan van Eyck Academy in Maastricht, at the Ateliers in Amsterdam and at the Hochschüle der Künste in Hamburg. His work is about reproduction, visual culture and about the relationship between the individual and the public domain. His conceptual work can be found in various museum collections (Amsterdam Municipal Museum, Boijmans van Beuningen Museum, Smak Ghent, Generali Vienna). He received the Prix de Rome (1988) and an oeuvre prize from the BKVB Fund (2009).