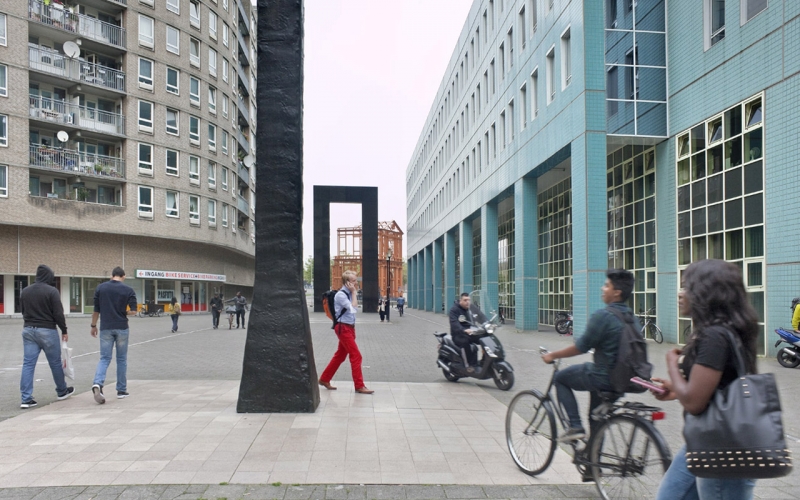 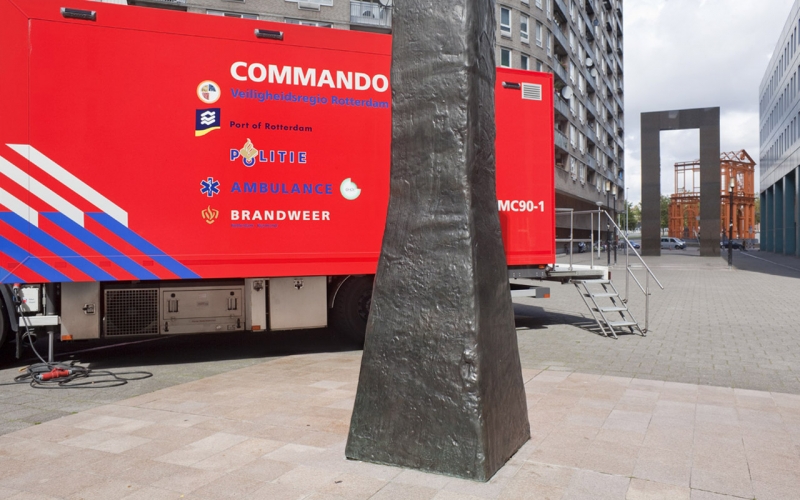 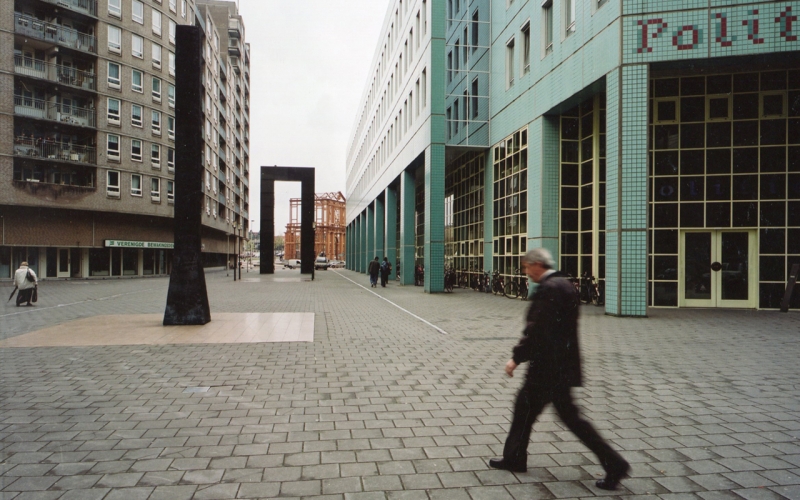 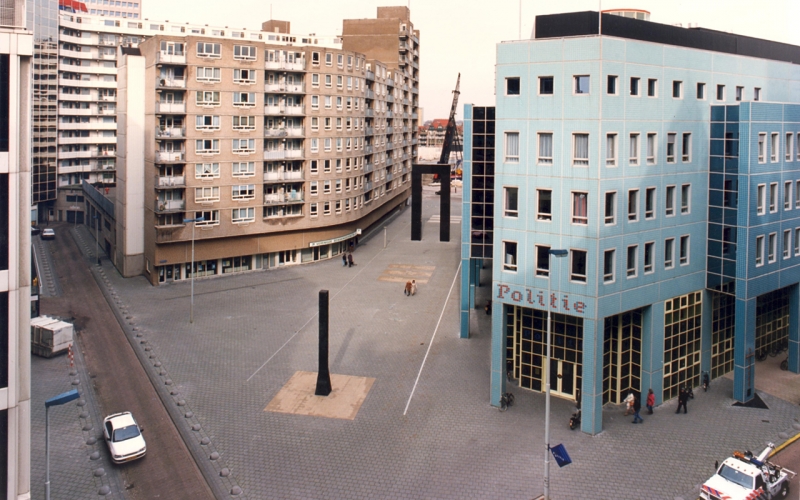 Günther Förg has been making paintings, photography, sculptures, murals, assemblages and reliefs since the 1970s, in which scale and spatiality play a role. His art is often grand and monumental. Tor und Stele is a work of art that refers to its historical environment. The work consists of three parts: one Tor (gate), a rectangular gate made of black, smoothly polished natural stone, reminiscent of the Arc de Triomphe and the Brandenburg Gate; a Stela (originally a Greek burial column), a bronze sculpture with a flat top in the shape of an obelisk, which is part of the classic furnishing of metropolitan squares; and various rectangular areas of brown-yellow tiles on the ground, along which are old-fashioned-looking lanterns, which enhance the square feeling. The different parts are placed lengthwise from each other. The place where the work is located is a piece of no man's land behind the City Hall, created when part of the Police Headquarters was demolished. Förg has enhanced the corridor-like character of the Doelstraat. The artist was inspired by classical triumphal arches, stelae and obelisks. By way of inscription, Förg has in his Stela traces of processing left visible in the surface of the bronze, a personal handwriting that contrasts with the monumental approach to space. The elements of the artwork are also reminiscent of urban monuments from the Baroque or nineteenth century. But because Förgs monument stands in a residual space, the work functions as a parody of the monumentality and refers to the emptiness of large-scale squares in the area. For more information: Sculpture International Rotterdam

The German artist Günther Förg (Füssen im Allgäu, 1952 - Freiburg im Breisgau, 2013) made a name for himself with abstract paintings, but also worked as a photographer, sculptor, graphic artist and interior architect. For example, he designed the ceiling with neon ornaments for the Kunsthalcafé (Museumpark / Westzeedijk). In 1992 he was a participant in the Documenta in Kassel. From 1999 until his death in 2013, he was a professor at the Akademie der Bildenden Künste München. His work is represented in many collections.