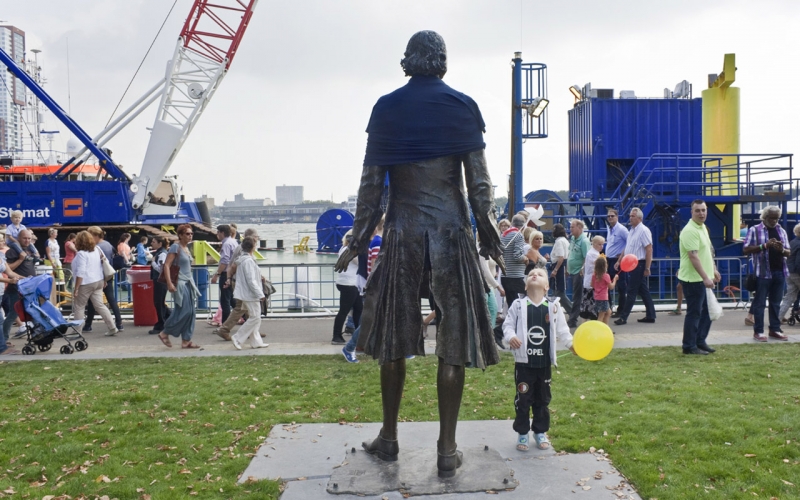 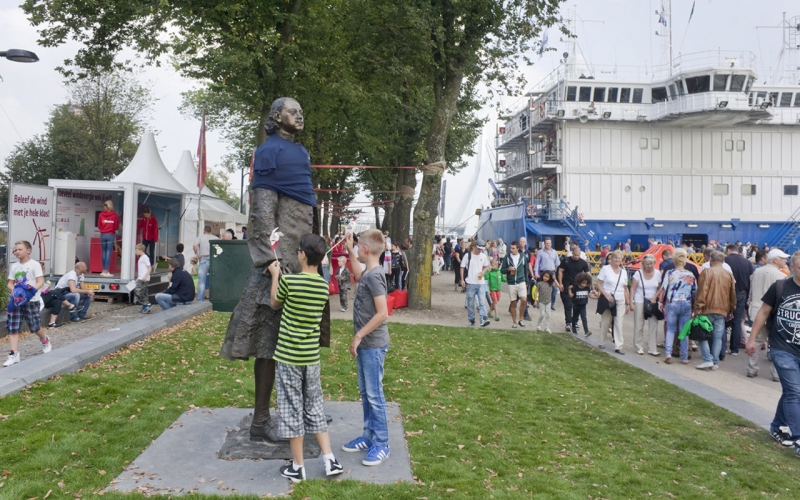 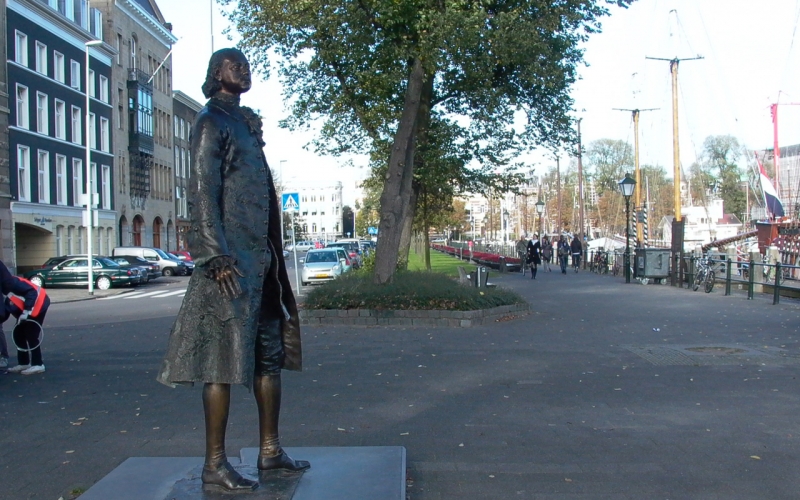 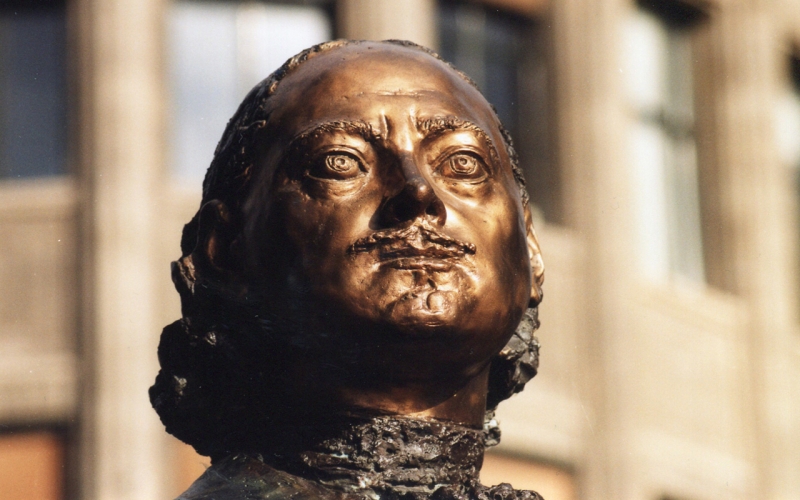 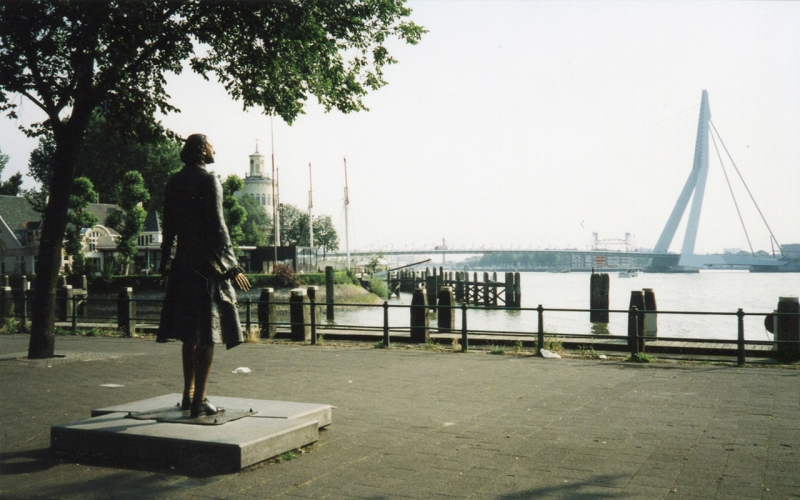 This statue represents the Russian tsar Peter the Great and was made especially for the Netherlands by the Russian sculptor Leonid Baranov. In 1997, the Czar Peter the Great year, the Russian government donated it to the Netherlands as a token of appreciation for the 300 year of relations between the two countries. Tsar Peter the Great was in the Netherlands for a year in 1697 and then studied Dutch shipbuilding. That is why he has now been given a suitable place to look out over the water. The elegant tsar statue with its 2.70 meter is more than life-size. The tsar is a bit stretched in length, for example: look at his upper body and fingers. The face is detailed with a fine mustache and eyebrows, but it is still difficult to determine what kind of look he has in his eyes: thoughtful, expectant or strict. The statue is made entirely of bronze, but the different parts have a different color. His head and hands and also his stockings are light yellow in color, while for example the jacket and shoes are dark. That is because Baranov has worked the bronze in different ways. There is also a difference in the processing of the 'skin' of the image. The texture of the fabric jacket, for example, is clearly rougher than the polished stockings. The surface of the image has been edited differently to give it a different fabric expression. For example, small pits have been made in the scarf and cuffs to create the suggestion of lace. These details give the image a surrealistic impression.

Leonid Baranov (Moscow, Russia, 1943) studied in Moscow at the art academy in the 1960s, where Socialist Realism was taught. In that style he has since portrayed his main theme: great Russian heroes and other highlights from glorious Russian history.