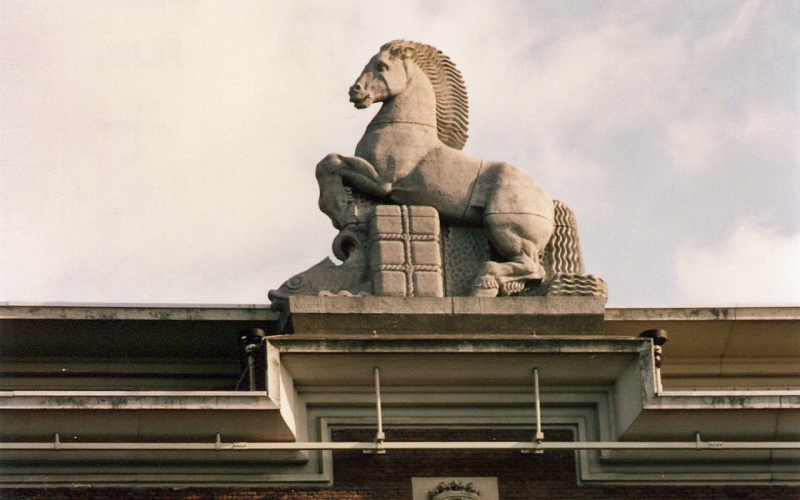 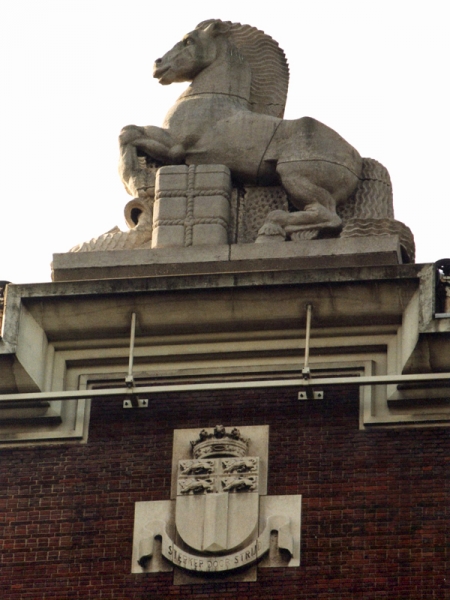 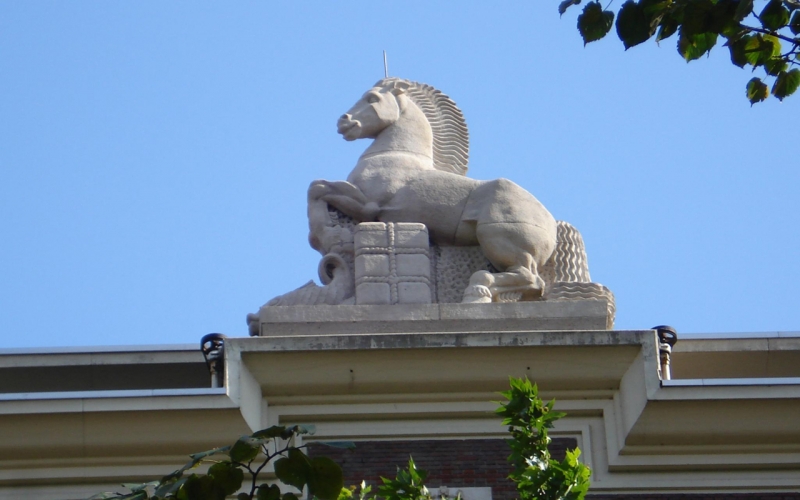 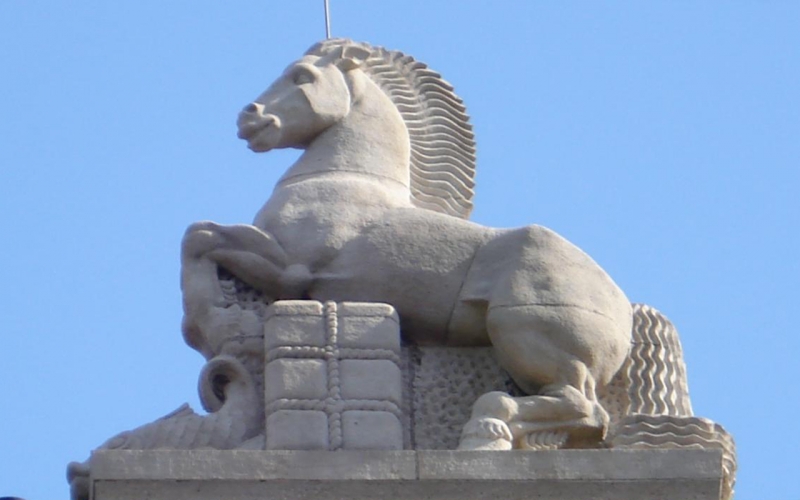 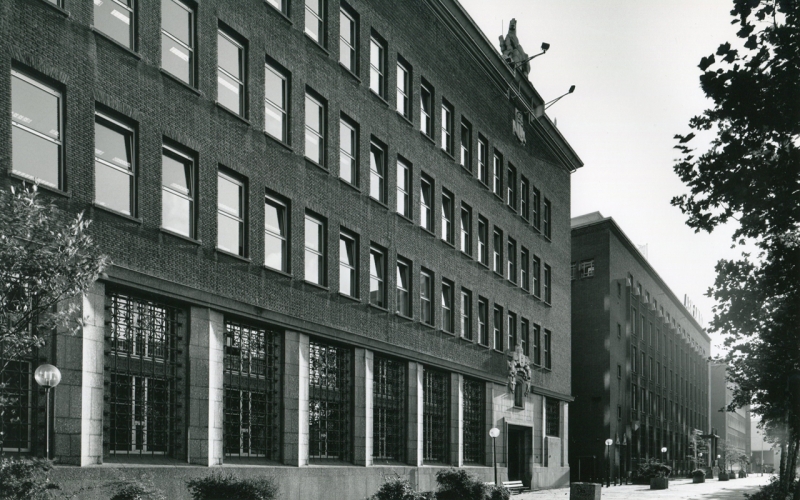 Art often functioned as a logo of a business premises, as a logo, such as the Twentsch Ros on the roof molding of this building. This bank building was designed by the Rotterdam architect Ad van der Steur and sculptor Cor van Kralingen created the figurative image. To enhance the decorative effect, the artist added symbols of the sea trade, such as a bale and a fish under the horse. Underneath on the facade is the motto of post-war Rotterdam, 'Stronger through Struggle'. The steed, however, formed a strange contrast to the square building, but the statue was regarded by contemporaries as the first post-war work of art of allure. The horse sometimes seems to float, as it is placed on the roof. It is not only a symbol of trade, but also of freedom, courage, optimism and hope - especially hope for a good future. It Twentsch Ros not only symbolized the resilience of the Twentsche Bank after the war, but also served as a model for the reconstruction of Rotterdam. On a poster for the public excursion 'Rotterdam 1953. A new city' (1953), published by the municipal Information & Publicity Office, the prancing horse towered high above the contours of the resurrecting city. In 2010 this building became a national monument.