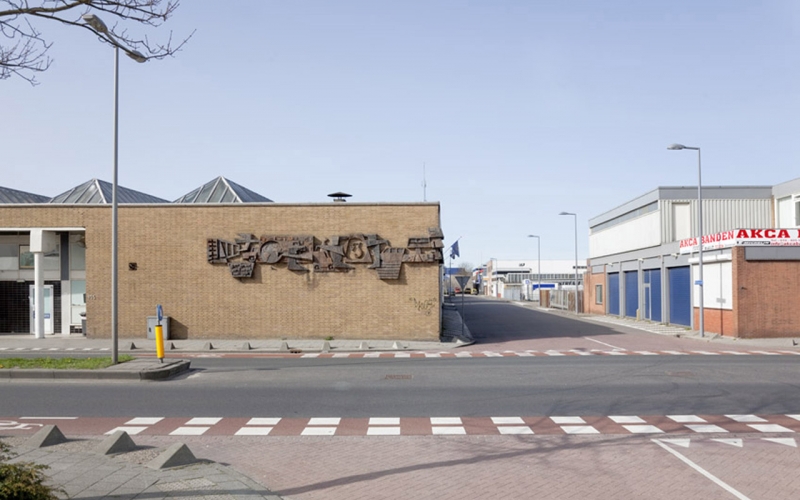 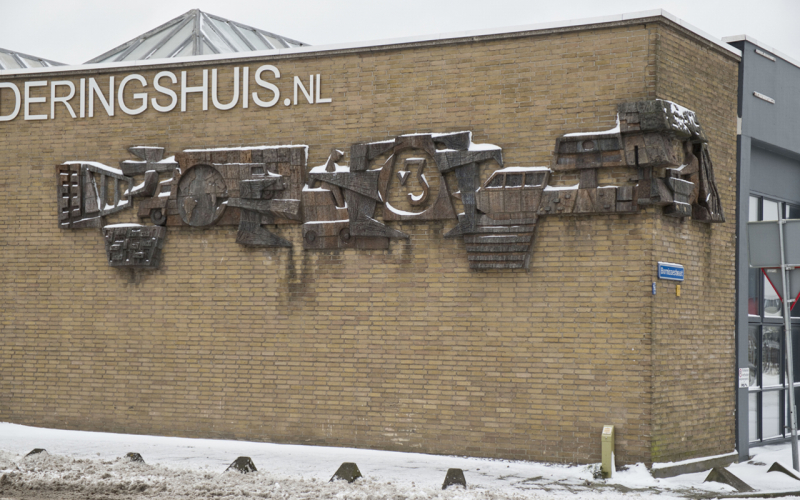 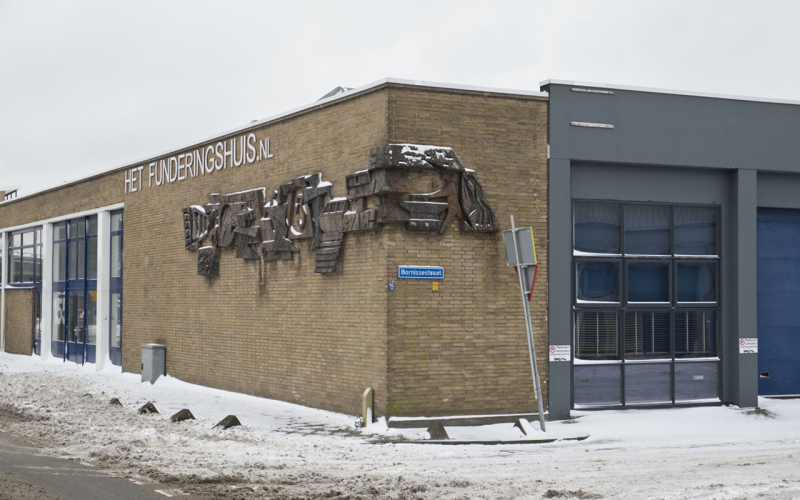 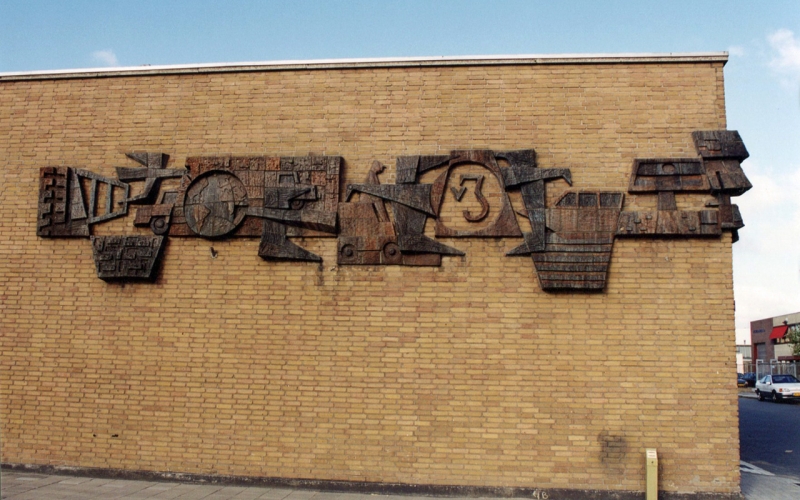 Since 1963, there has been a ceramic facade relief on the corner of Industrieweg and Bornissestraat with the theme 'transport'. The work is beautifully situated on the facade and goes around the corner with a small part. The colored relief shows a number of cars, birds, cranes from the harbor and a man standing in a forge. Transportation has been applied to a building that previously housed the Trading Company RHIWA, the Rotterdam Trade in Wagenbouw Artikelen. Parts for cars and trucks were manufactured there. The RHIWA gave the order for the construction of the building. The facade relief has a length of 11 meters and is 2 meters high. Transportation was made by earthenware factory De Porceleyne Fles and through them we found out that the creator of the work is visual artist Henk Tieman.

Visual artist Henk Tieman (The Hague, 1921 - Rotterdam, 2001) was educated at the Royal Academy of Art in The Hague. He was a student of the artist Oswald Wenckebach (sculpture) and Frits Eschauzier (decorative arts) at the TH Delft, later the Delft University of Technology. Tieman was employed from 1938 to 1982 as a monumental artist in the Construction pottery department of De Porceleyne Fles. First at the age of 17 as a pottery painter and designer of cloisonné tiles, but later as chief designer and head of the Department of Monumental Building Plastics. Tieman made drawings, tiles, ceramics, sculptures, glass art, sculptures and wall reliefs on commission and he worked both abstractly and figuratively. He was a member of Arti et Industriae in The Hague and the association of visual artists De Kring in Delft. His work can be found in various places in the Netherlands.