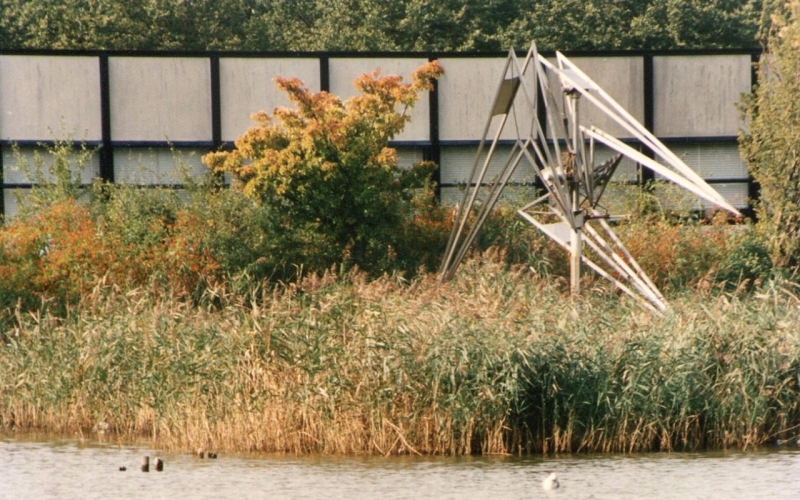 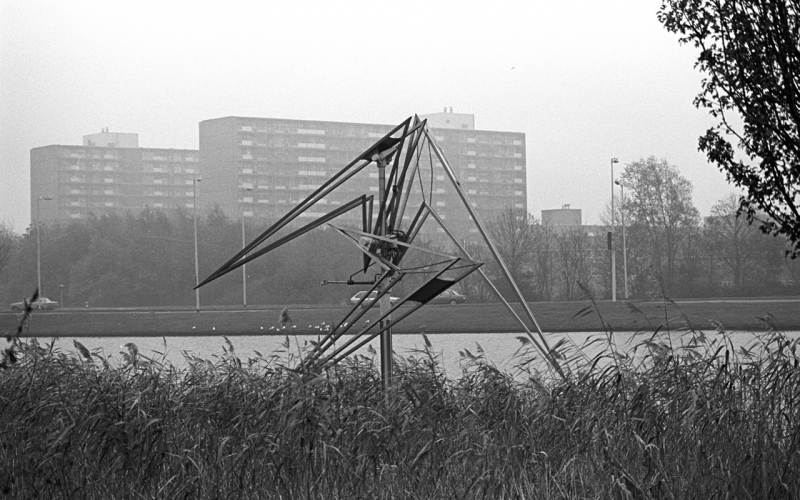 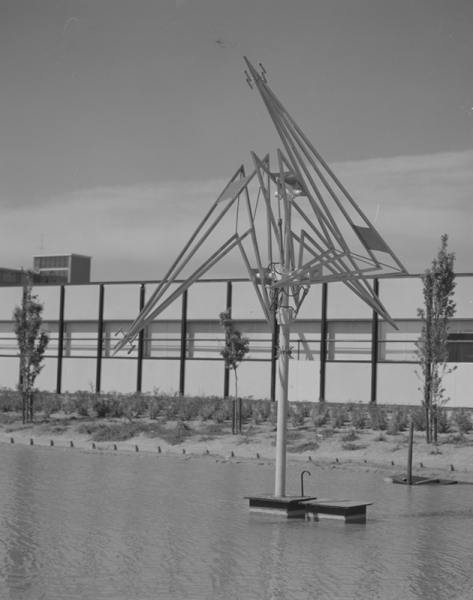 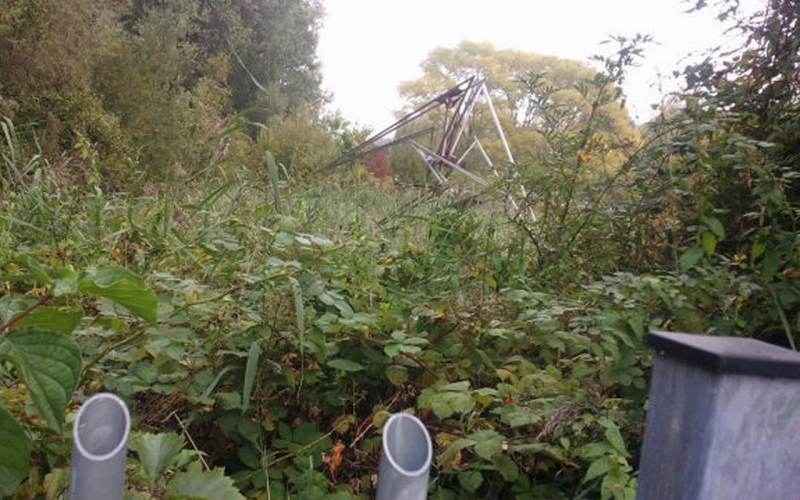 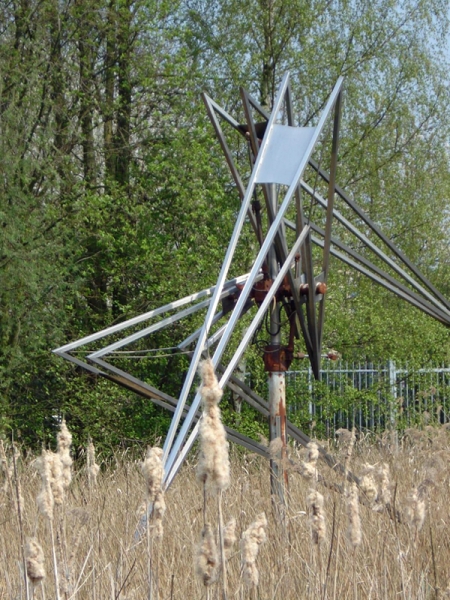 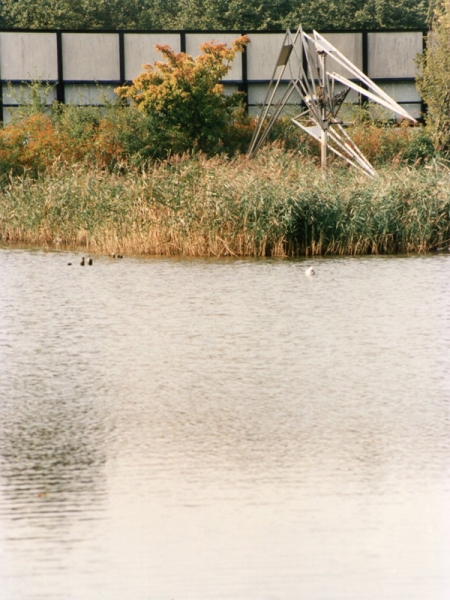 This work of art by sculptor Jan Gladdines was made in the percentage scheme for the construction of the Nicolaas Witsen College in the late 1960s. Nowadays the Olympia College is located here. The kinetic object Bird consists of three wing shapes of aluminum tubes. It stands in the reeds on the edge of a pond, outside the bustle of the school behind a fence at the bicycle shed. Vogel is a very abstract and almost scifi-like translation of constructivist ideas. The robotic bird is a very striking appearance at the edge of the pond, emerging from the green where it has been hiding.

The Brabant sculptor and ceramist Jan (Johannes Theodorus) Gladdines (Breda, 1917 - there, 2004) attended the Rijksacademie in Amsterdam after Catholic Courses in Tilburg and would later teach at the St. Joost Academy in Breda. Gladdines has had a long career. His working life spanned the period from 1932 to his death in 2004 and his field of activity concentrated on Breda. He worked on Christian religious scenes and worked in an abstract style. His own oeuvre is very well known, but as a passionate teacher he has played an important role for many artists.