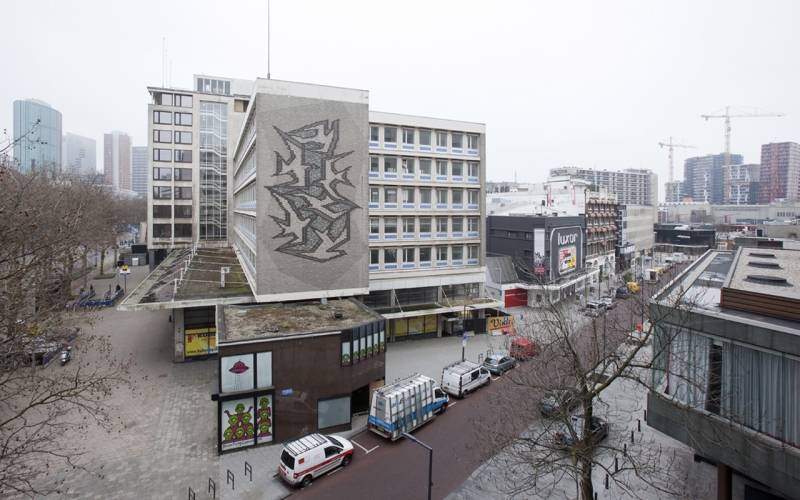 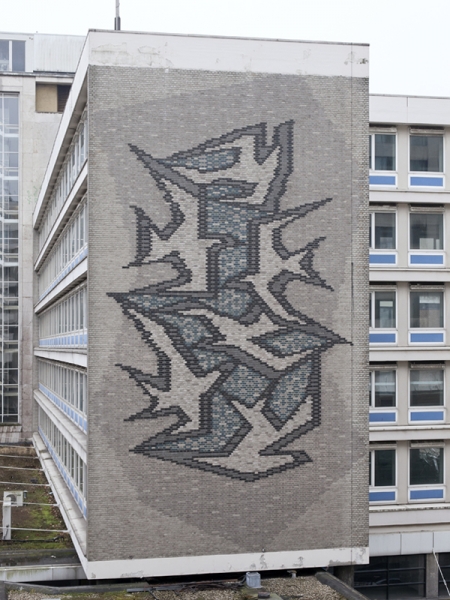 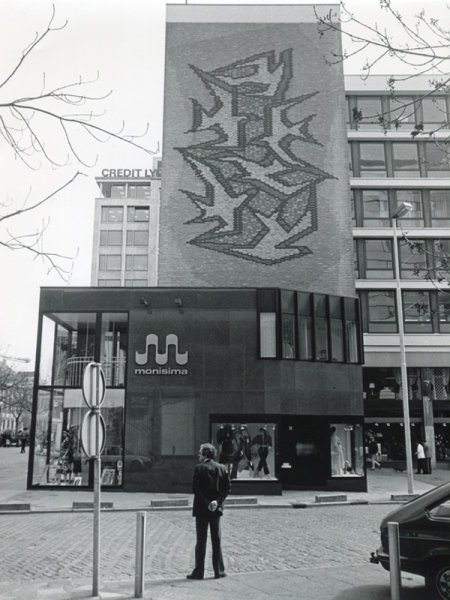 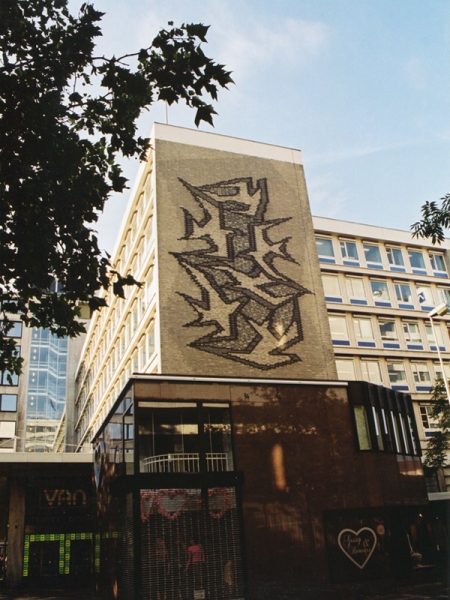 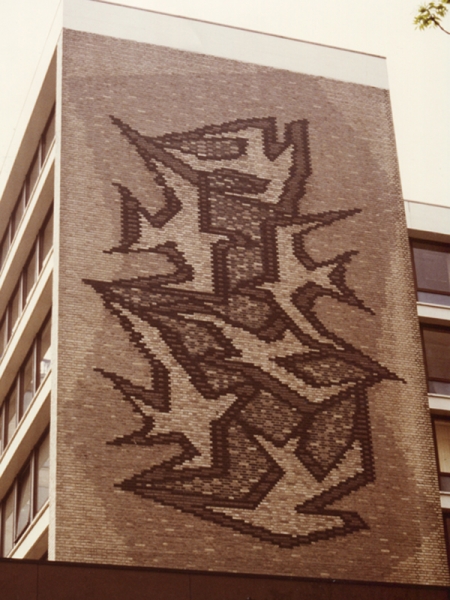 Opposite the Hilton Hotel, at the intersection of Coolsingel and Kruiskade, the Spinoza building has stood since 1954. A reconstruction building designed by the Rotterdam architect Kraaijvanger for the Philips Pension Fund, where the Slavenburgse Bank established itself for a long time. The building was completed in 1958 with the wall decoration on the end facade Birds by monumental artist and graphic artist Jan Bezemer. The meter-high illustration showed a dynamic composition of interlocking wings, executed in blue, white and black colored bricks. In addition to freedom, it also depicted order and harmony, entirely in keeping with the post-war zeitgeist. Old aerial photos and postcards show that the wall decoration determined the view of the city from afar. But this was only short-lived, as six years later, in 1964, the Hilton Hotel opposite was completed and the facade became less visible. In 2012, the Spinoza building was demolished to make way for Cool63, a new building with shops and apartments. With that Birds lost after 54 years.

Jan Bezemer (Rotterdam, 1907 - 1997) was a graphic artist, wall painter, sculptor and monumental artist. He studied at the Academy of Visual Arts in Rotterdam and lived and worked in this city all his life. Bezemer says he started lithography out of a lack of money, but this did not prevent him from pushing the boundaries of engraving. His work was so groundbreaking that Willem Sandberg (former director of the Stedelijk Museum in Amsterdam) dedicated an exhibition to his work in 1959. He was one of the prominent artists who belonged to the generation of post-war graphic artists who would dominate the artistic Rotterdam landscape for many years. There are two topics that inspired Bezemer throughout his life: animals and athletes. Animals in particular have been a recurring subject in his life, because as early as the 30s he was responsible for the painting of the signs in Diergaarde Blijdorp.