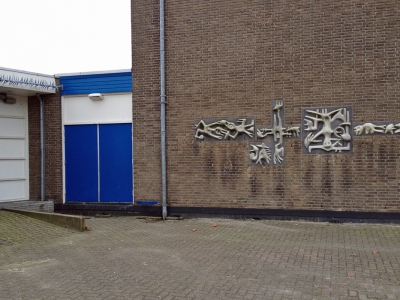 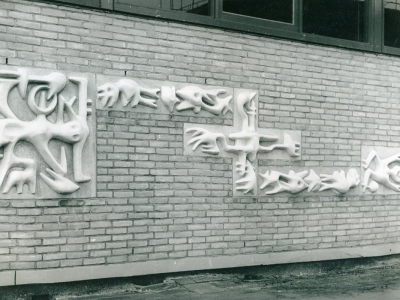 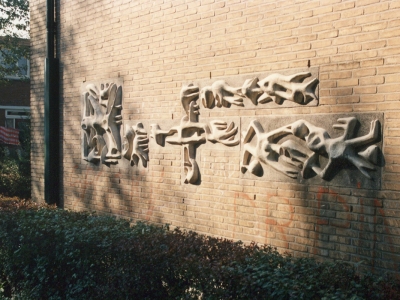 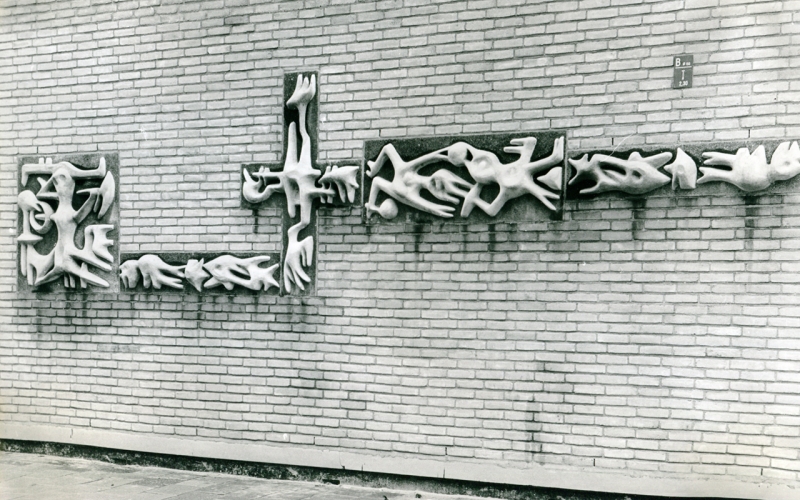 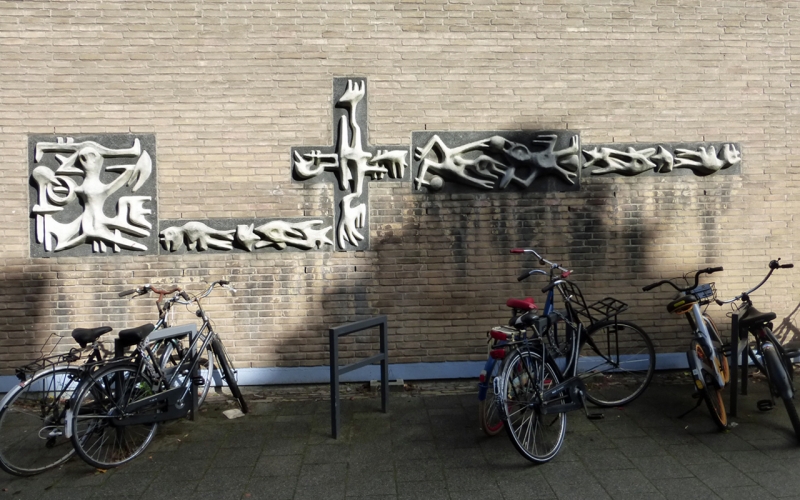 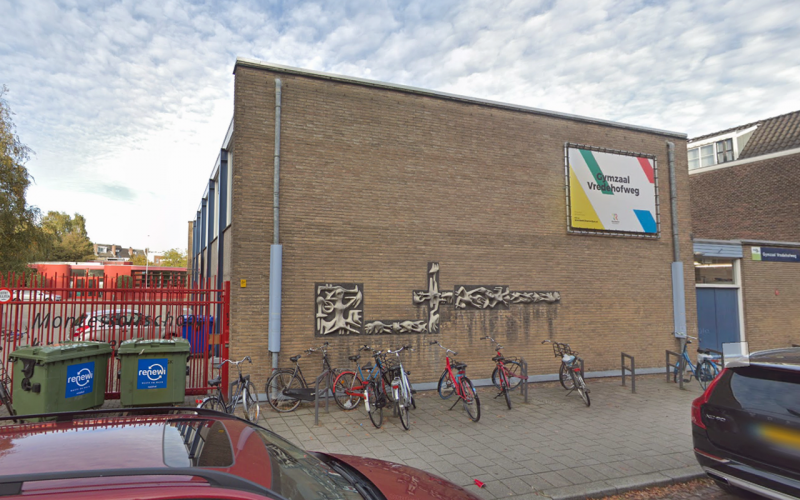 With her fanatic figures, artist Lotti van der Gaag enjoyed a lot of fame in the fifties and sixties. This concrete relief consists of five parts with rune-like figurations of birds and fish. The background is made of black concrete and the excellent abstract figures are made of white concrete. The work was made in a series, because at other places in Delfshaven and IJsselmonde, similar motifs of birds and fish have been placed on the facades of gyms. Birds and fish is placed decentrally at the eye level of children. The work was made in the percentage scheme and involved an assignment for the construction of the gym.