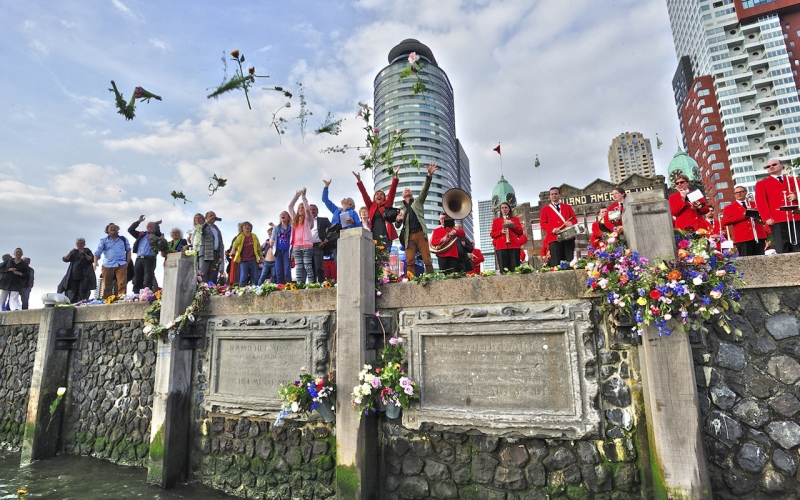 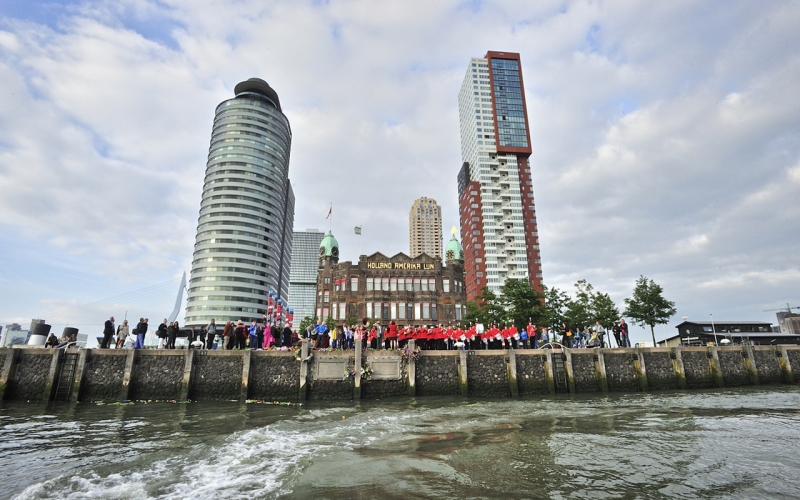 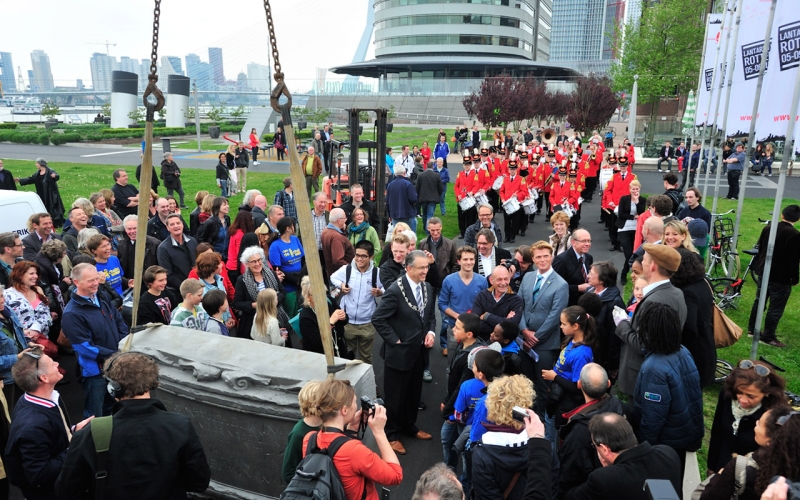 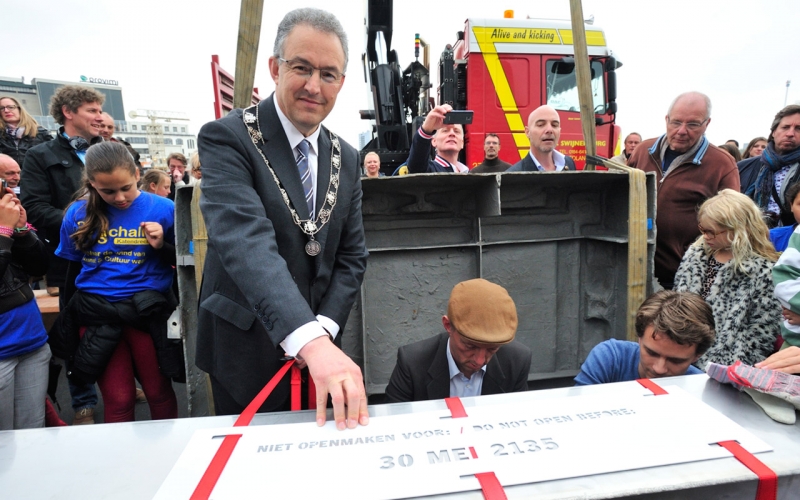 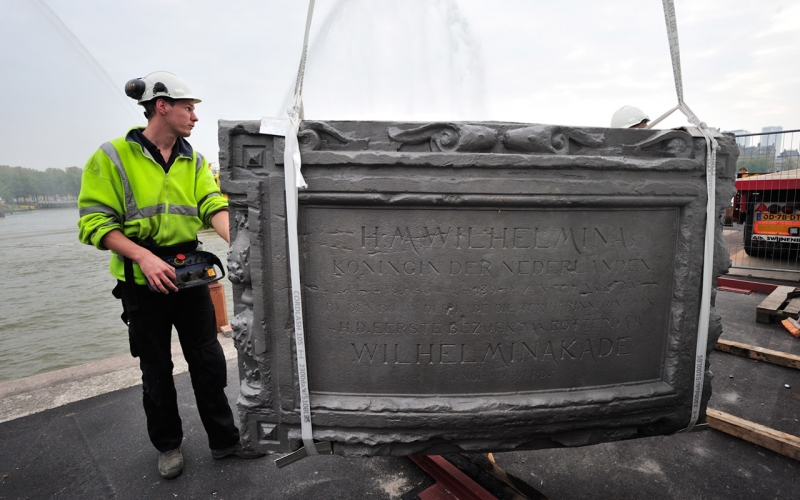 On May 30, 1891, the then 10-year-old Queen Wilhelmina placed a memorial stone as part of the construction of the Wilhelminakade. With this stone laying she gave her name to this new quay. The memorial stone was built in the quay wall, so that travelers of the ferry could see the stone on arrival. The ferry was closed a few years later, the jetty fell into disuse and the stone was forgotten. Until 1976, the quay wall had to be moved about 50 meters due to the expansion of the Wilhelminakade, resulting in the Wilhelminasteen was noticed and lifted from her place. To everyone's surprise, a small time capsule was found in it, which ended up in the archive of Museum Rotterdam. The Wilhelminasteen is placed in the departure hall of the Holland America Line, but was transported and stored during a renovation in 1997. In 2005 she was relocated horizontally to the pavement at the Montevideo building next to Hotel New York. Due to its horizontal position, the stone is damaged and as the development of the Wilhelminapier progresses, project manager of the Kop van Zuid, Bram van Norden, decides that the Wilhelminasteen represents historical value. CBK Rotterdam is commissioned to give the Wilhelminasteen a permanent place on the Wilhelminakade. Artist Arnoud Holleman is approached because he gives a different twist to art in public space with works that unite history and the present and encourage reflection. He shows an exact replica of the Wilhelminsteen in which a time capsule is again placed. In the months prior to the sealing of the time capsule, there will be through the website www.wilhelminasteen.nl collected a large number of questions for the future, which are placed in the capsule. On May 30, 2013, exactly 122 years later, the original Wilhelminasteen and the exact replica was re-bricked in the quay. Inside the cast is the new time capsule, which will be opened on May 30, 2135. On May 30, 2014, the first Wilhelminaday celebrated, because that day the time capsule was in the quay wall for exactly one year. Time capsules play a game with time, in which remembering and forgetting go hand in hand. Wilhelminaday is therefore the day to keep the memory of the time capsule alive. For more information go to www.wilhelminasteen.nl.

Visual artist Arnoud Holleman (Haarlem, 1964) is a versatile talent. He is active both in the public space and in museums as a writer-director for television and as a visual artist. He organized 'Radio Balzac' for the Van Abbe Museum and provided an image of Rodin in Zwolle with a telephone number on which callers heard a monologue about how this bronze Adam thinks it is to be on the street. His work has been shown in the Stedelijk Museum Amsterdam, Museum Boijmans Van Beuningen and in various foreign museums.