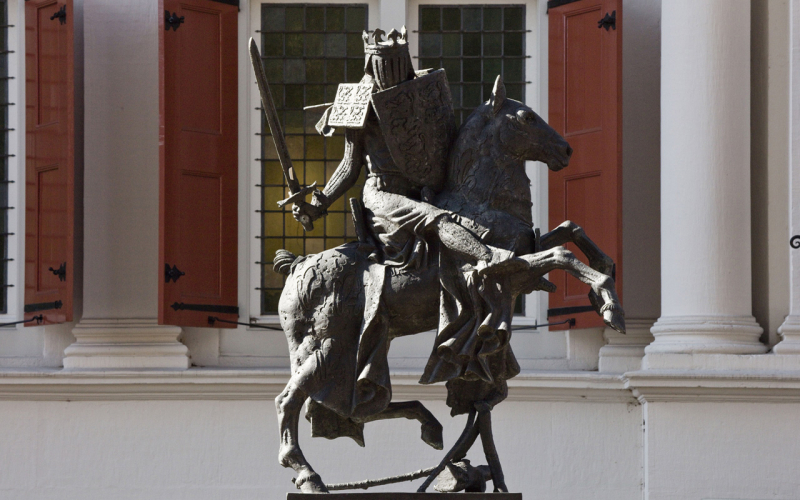 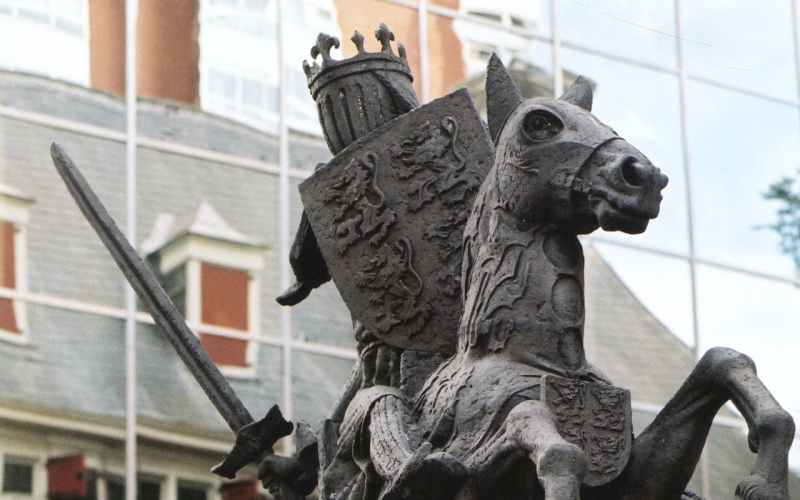 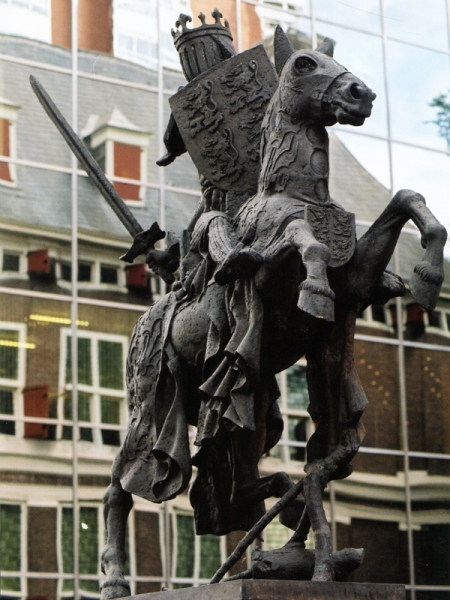 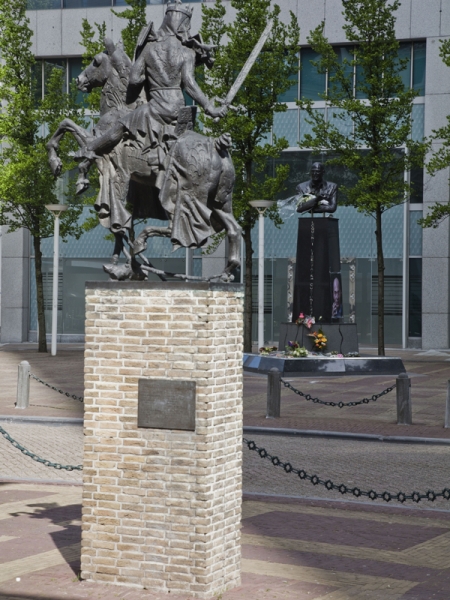 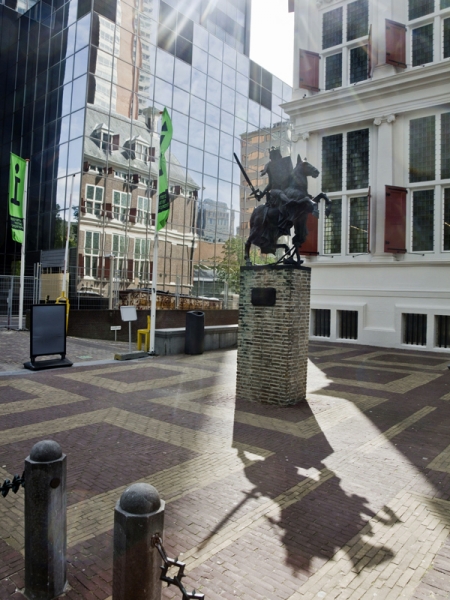 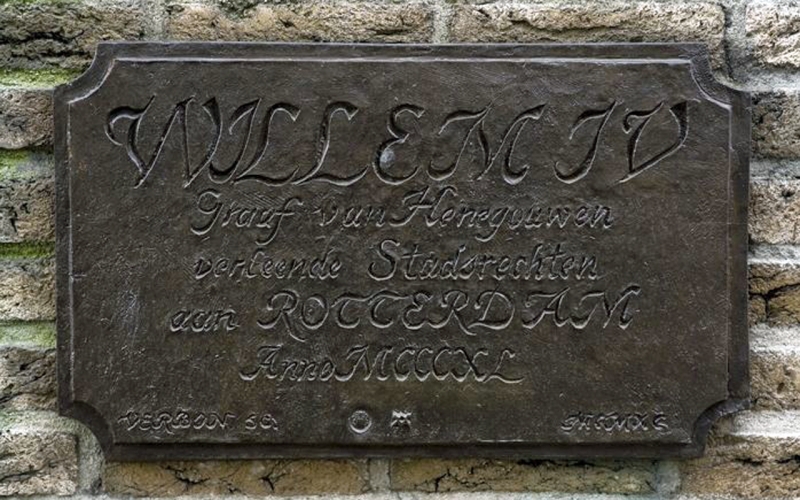 This equestrian image of William IV, count of Hainaut adorns the forecourt of the Schielandshuis (formerly Historical Museum). It depicts the man who granted Rotterdam city rights in 1340. William IV of Holland (also William II of Henegouwen) thus followed in the footsteps of his father William III, who in 1328 already granted the Rotterdammers some privileges. Around that time, Rotterdam had an estimated 2000 inhabitants. The city charter meant that the city and the townspeople were given a number of privileges. For example, the city was granted toll exemption, permission to hold two annual fairs, exemption from a number of taxes and extensive powers in the field of administration and justice, although the count had the last word on this point. He was also entitled to two-thirds of the fines and received the income from the lease of some city rights. In return for the privileges, the city was obliged to supply armed men and pay some taxes in times of war. William IV (1318-1345) succeeded his father in 1337. He was an adventurous knight who did not excel at diplomacy. He lived—and died—by the sword. In the eight years of his reign he made a pilgrimage to Jerusalem and fought with Moors, Wends, Lithuanians and Prussians. Closer to home, he became involved in a Dutch-Utrecht war. William IV started a campaign against the Frisians, but his army was cut to pieces outside Stavoren near Warns. William IV also did not survive the battle. The statue in front of the Schielandshuis is only a faint reflection of what sculptor Willem Verbon had in mind when he designed this statue in the 650s. At the 1990th anniversary of Rotterdam in 7, he saw the statue as larger than life in a prominent place in the city centre, but he was not with the times. Willem IV had to be satisfied with this version, which was unveiled on November 1990, XNUMX. (Source: Hans Baaij, Rotterdam City Center Pictures Guide – Rotterdam, 2001)