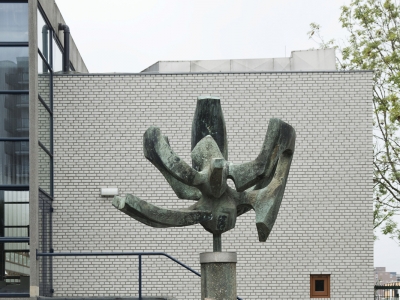 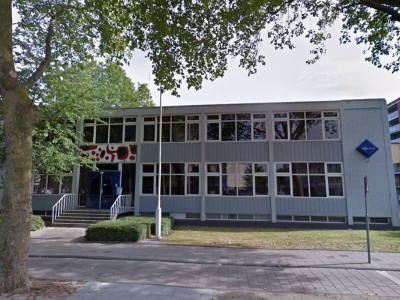 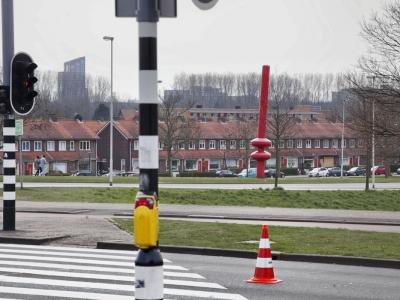 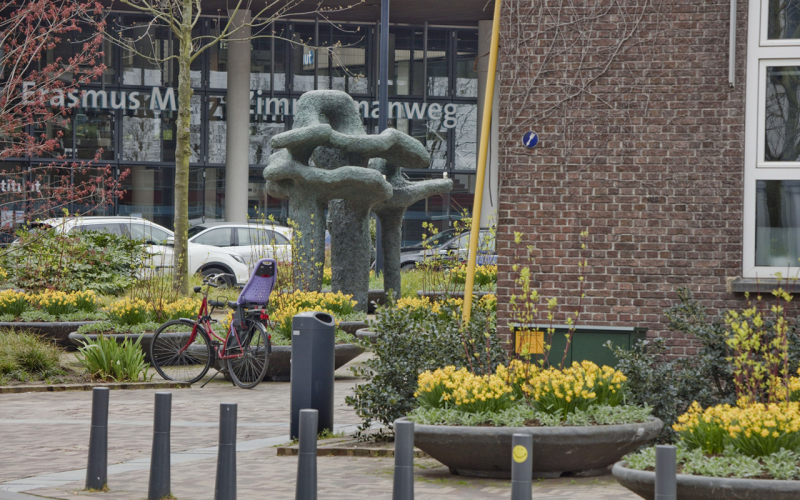 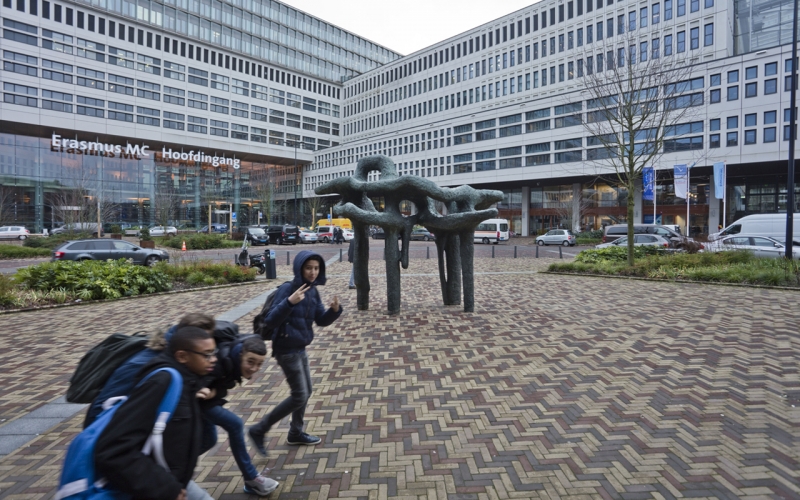 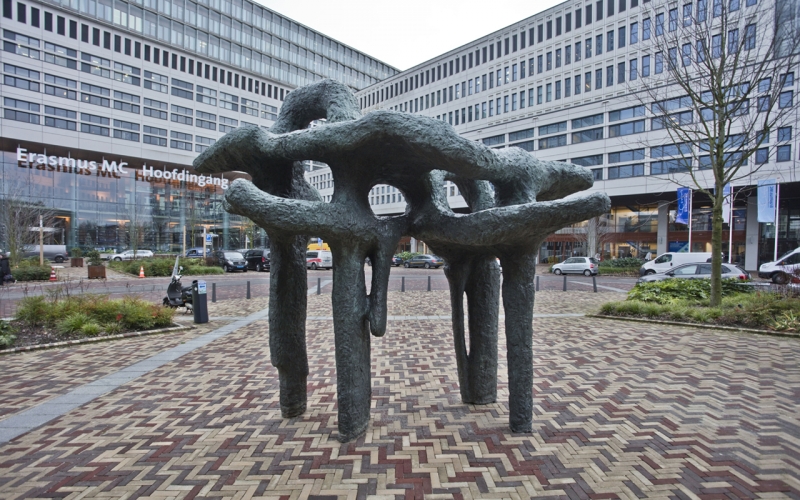 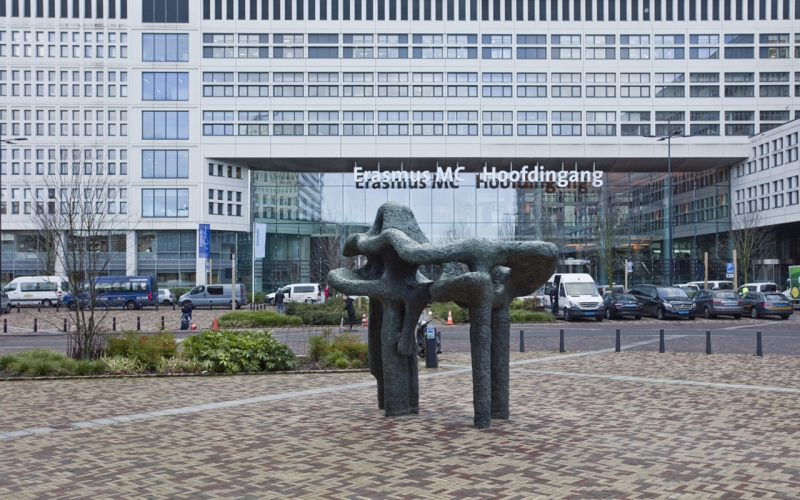 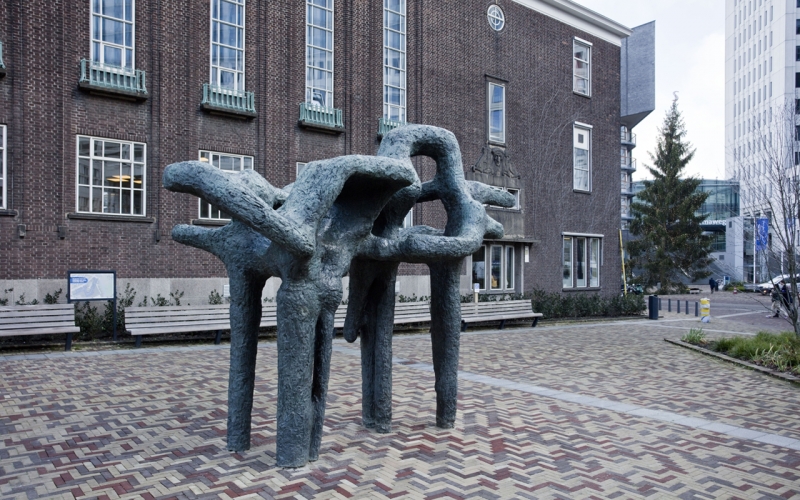 Gust Romijn was one of the best known, also internationally renowned artists of post-war Rotterdam. Since the 1950 years, he has made an impressive series of free-standing images for the city. His images were a criticism of the geometric dullness and predictability of the business architecture of Rotterdam. In 1965 he made the bronze plastic for the Daniel den Hoed clinic Clouds. An abstract image on four poles, which overlap each other above the head, creating an organic form. The sculpture is spatially designed with a different view from each side. It is somewhat similar to The infinite house (1965) by Romijn, but this sculpture is somewhat smaller in size. Clouds Originally stood in front of the clinic's main entrance, but in 1990 it was moved to the adjacent park, the Valkeniersweide, in consultation with the artist due to the extension of the entrance. In the summer of 2016, the work was temporarily uprooted for the project Uproot Rotterdam. November 2019 the image has been moved to the Dr. Molewaterplein, this time due to the relocation of the Daniel den Hoed clinic to the Erasmus MC. On the occasion of the unveiling on November 27, art historian and journalist Sandra Smets wrote dit essay.